Have we told this tale before? The ready waters have been stirred again, we’ll tell it once more. Organ has been around, in one form or another, for very very (very) nearly thirty years now, (the very first issue actually came out back on December 4th 1986 if you really must know, a messy hand-made hand screen printed photocopied ball of spray paint and broken typewriter (manual) chaos.  Launched out of the back of an old Army ambulance, blue light ablazing in a car park outside a Hawkwind gig. The first issue of Organ had a Cardiacs interview in it, of course it did, and it really is no secret that Cardiacs have been a constant Organ fuel source, a big reason for keeping it all flowing through the tough times, a symbiotic relationship, and a deep love for the glorious beauty of everything Cardiacs. 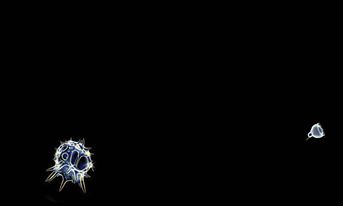 Along the way Organ evolved and took many forms, there were gigs (many many gigs), things got all glossy and “proper” magazine-shaped for bit, there was a (pre-internet) TV show and of course for many years a defiant record label (first a tape label then a “proper” one).  We put out many things, some of which we’re still rather pleased with. One of the very best things we ever did was to put out was a Sea Nymphs single.  We had put out a Cardiacs single before that, and featured both Cardiacs and the Nymphs on quite a few compilations, as well as presenting them both (and Panixphere) at Organ gigs big and small (we do keep threatening to write the book and telling it all).

Back somewhere in the mid to late 90’s (June 1998 actually, just looked it up on line), Org Records was on a bit of a roll, we had the various ears of various people, without ever compromising we were enjoying a moment or two in the sunshine rather than the undergrowth, John Peel was in regular contact asking us about bands and releases and this and that, Cay were starting to excite people, Transit Vans Were Peachy, Charlie’s Angels were at the Royal Albert Hall and climbing the charts, Huge Baby, Angel Cage and quite a few more were causing ripples (Time Smith loved Angel Cage). Things were going well and in a backroom of a pub a plan was hatch after one of may conversations with The Leader of the Starry Skies, if only you could get us on the radio like you do with all these other bands (there was no youtube or Soundlcoud then, radio was god, the inkie music press still wrote the rules, word of mouth was really word of mouth, or via the postal service, soaped stamps, no instant links and check this out).  We hatched a plan, let’s put out Appealing to Venus again (it had originally come out as a seven-inch single back in 1991 on Cardiacs’ own label Alphabet)   Sea Nymphs were almost a forgotten treat by the end of the 90’s, a beautiful thing known only to the Cardiacs faithful, I’m telling you all this because, well no, I can’t tell you about the unexpected glory of The Black Blooded Clam/// You know that it is going to be a thing of glorious beauty of course it is, but whoooosh, this is something very very special, these treats previously unheard, this is glorious and some of it quite unexpected.

Back to the tale, the plot hatched in a pub to release a Sea Nymhs single, we agreed on a seven tracker, (we sneaked the Hymn on the end, couldn’t resist it, Stonehenge 84, a hand-held tape recorder recording), release a single without telling anyone who it was, no guilt by association. The stories on the mainstream music business and the collective unfathomable vitriolic dislike of anything Cardiacs is well documented. “Stop writing about Cardiacs and we’ll invest lots of money in Organ” said one big publishing house at the time, the fights we went through for Cardiacs, that Bellyeye single and the battle in a major label record company office for that place on Blur’s Mile End bill, the bloody arguments with journalists, with radio people. We were on good terms with a lot of radio people in  the late 90’s but we didn’t ever dare mention the C word that often.

So a new Sea Nymphs single was released, we said it was William, Tim and Sarah, we just failed to say who the three of them were and that it was a re-issue, we just conveniently neglected to say that they were in another band as well. We never lied, we just didn’t tell people what they didn’t need to know.  We sent a pre-release tape to Mr Peel and a few others, apparently he hated Cardiacs – he called up straight away, said he loved it to bits, asked us all about it, where were they from and such, he would later tell us it was his show producers who never liked Cardiacs, he always sort of quite did – so John Peel called up, said he loved the single, and asked if they could do a radio session. “Don’t be silly” said Tim in a tone of disbelief, Tim had gone along with the idea of the single I do rather suspect He though we were chasing a lost cause though, meanwhile Mark Radcliffe and Riley were enjoying a stint as DJs and presenters on a daily daytime Radio One show, we never actually said anything to them, or them to us, but I’m pretty sure they know who Sea Nymphs really were as they talked of an exciting new band and made the Org release their daytime Single of The Week on the then all-powerful national BBC Radio One – it was probably the most exposure since the days of Is This The Life. The press picked up on it on the back of the radio play, positive words from the same people who never had a good (printed) word for Cardiacs. Peel insisted the session happened, the plan had worked, Sea Nymphs exposed, and so…

And so a glorious day was spent behind “enemy” lines, in there undercover, a new band called Sea Nymphs, sneaking around the BBC Maida Vale studio for a day, never ever mentioning the C word, hiding in corners for fear of being recognised, thankfully a collaborator or two in the back rooms (there’s always a Cardiacs fan or two secretly lurking).  It was a very special day, one of the best, getting Tim Smith on the radio like that, and being privileged enough to be there watching the three of then create the magical chemistry in the BBC studio with all kinds of string machines and frantic bits of this and that found in corners, it was a very very special day, s stressful day, a glorious day, a big collective hug at the end of it all and a secret punch of the air around the corner out of sight of everyone.  John Peel wasn’t there himself for the session but he did call up the next day to say how pleased he was with it all, and a few weeks later he slip in that he knew who they were really, not sure he did at the time though. Mostly John Peel was a very decent guy and enthusiastic music fan, if he likes something that was enough, and he rally did like Sea Nymphs. Oh how I wish we had some footage of that day, three people in their element making music, a very special very happy day.  Still got a treasured photocopy of the cheque sent here from the BBC made out to Tim Smith for the session. Three Sea Npmphs, two Organs, trying not to mention Cardiacs, whispering in corners, “do you think they know?” A triumphant day indeed, for some people, some bands a peel session was not that big a deal, they did one every month, but for Cardiacs and Sea Nymphs it was a massive thing, a triumph, a victory, and days like that made all the Organ sacrifice (in the days before internet) worth it all and more.

Sea Nymphs were out beyond the confines of the pond, they were on the radio, being heard by fresh ears, ears that knew nothing of Cardiacs or the history, A fresh exciting band, a thing of beauty, and people clambered for more, labels called up wanting to sign them, we pleaded for more tracks to release ourselves, we knew there were tapes, recordings, the legendary second album, Things by then had moved on though, Sea Nymphs on the radio was wonderful but that was the past and Tim Smith was always about the next thing, back catalogue was not that interesting to the creative mind always on to making something new.  Sea Nymphs were put away again (save for a live show or two) and Tim was buried deep in Guns.    People would whisper of it, the second Sea Nymph album, did it really exist? That Peel session proved there were songs unheard, were the songs recorded? Had anyone got a tape? And then suddenly teasers on the Internet, “The Stink Will Reach Your Face Soon, Breather Again”, surely this is it? Surely! What else could it be?  And then…well, the stink will reach your face soon….. (sw) www.cardiacs.net 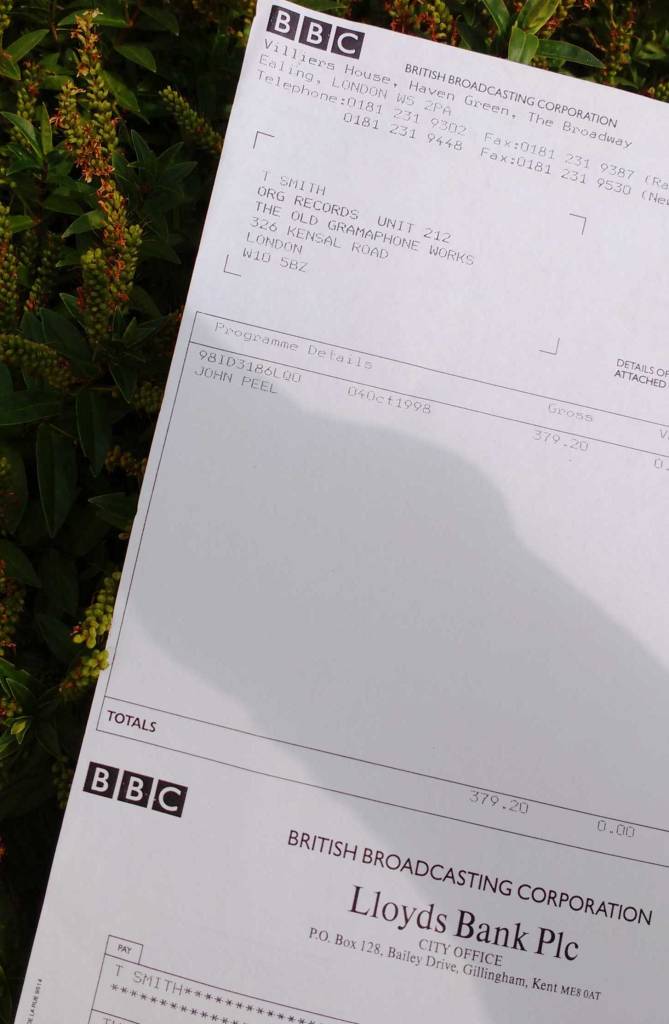 8 thoughts on “ORGAN THING: The reedy waters have been stirred, Appealing to Venus and the tale of that John Peel session…”