THING OF THE DAY: NOVEMBER 28th

Wednesday’s  things are powered by max strength Lemsip and the excellent duke box in the Bird’s Nest, guilty pleasure blasting out the morning cobwebs, is there such a thing as a guilty musical pleasure? Blackout in the red room, pass the Montana, no one woke up blind, let me get this Thing out of the way, I got mess to make.  Mess? I never make a mess, thing of the day….   Wednesday? What are you looking at?

Wednesday’s thing…. THE EX, has to be? Surely…. This Thursday. Friday and Saturday,  the rather legendary Ex take over London’s Cafe Oto, our Organ recommended gigs over at LondonGigs of course, the Ex are in town, get excited! 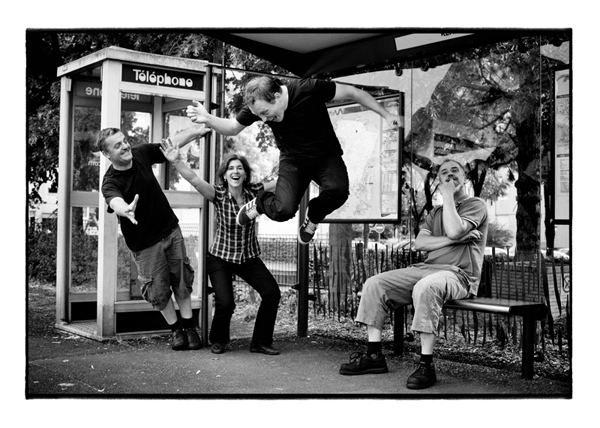 Since their start in 1979 The Ex has developed over the years into a melting-pot of divergent musical styles: noise, rock, jazz, improvisation, and ethnic music have been interweaved under one unique umbrella: “Ex-music”. Discordant, highly rhythmic guitars, the rolling, almost African drumming style, and the intense delivery of the often ironic lyrics give the music of The Ex its special character.

The Ex are an anarchist band from the Netherlands. They formed in 1979 at the height of the original punk explosion and have released more than twenty full length albums since.

The band’s music has undergone significant evolution over the years, beginning as a simple lo-fi anarcho-punk band. They debuted with a single titled “Stupid Americans” on the Utregpunx vinyl 7″ compilation released by Rock Against records in Rotterdam. The release of their first 7″ All Corpses Smell the Same came shortly thereafter in 1980. Through the decades they gradually developed into their current form of highly intricate, experimental punk/post-punk/no wave-inspired work. (wikipedia)

There’s been a whole load of The Ex coverage in old Organs of course, can’t find any right now, here’s some old Organ pages

The Ex are also at Shellac’s Nightmare Before Christmas this weekend.

Those All Tomorrow’s Parties people and those Shellac people have gone and put together a rather impressive two hour mix tape featuring many of the bands are playing the Shellac curated Nightmare Before Christmas festival this weekend/  If you don’t know about the festival then here’s the link, meanwhile the mix tape, is it a mix tape? Yes it is, the mixtape is two hours of really good earfood served up as a taster ahead of the festival. The tape is free to download, they might have an eighttrack cartridge version available as well. Music from SHELLAC, THE CRAVATS, THE EX, GAY WITCH ABORTION, MELT BANANA, THE EX, ARCWELDER, NEUROSIS,  ZENI GEVA and a whole load more, thank you Shellac.

Shellac rip through Dude, Incredible, live at The Breeders’ curated ATP May 2009

Rude mechanixals….not playing on any ATP bills soon, which is a shame…

That’s it, off to the red room, more tomorrow, maybe, kept it up for three whole weeks now, what do yer want, blood?