On December 8th 2013, the art gallery formally known as Cultivate, Vyner Street, evolved and became the full-time home space to eight working artists. The eight of us will be permanently using the space to exhibit our work and indeed work in the space. Cultivate Evolved will keep the same open door policy and the same regular opening hours that visitors will have always found at our space half way down East London’s Vyner Street. . We deliberately set out to pull a diverse group of artists, styles and ideas together. We are united in our sharing of a space and a vision in terms of how that space should be used, we may not necessarily be united in terms of the art we produce….

CHRIS PAUL GODBER – Originally from the North West of England, 27-year-old Chris Paul Godber is now based in London. “I love to paint expressionistic abstract and semi-abstract paintings. My aim is to make images that people can connect to, and to explore through imagery, symbolism and the language of abstraction as complex a range of emotional and intellectual states related to human experience as much as I am able”.

EMMA HARVEY – Emma’s very personal work focuses on themes of sexuality and the place of women in contemporary society. Emma’s paintings are very personal explorations, journeys and observations that have to almost be coaxed out of her studio and on to gallery walls. This results in a questioning of self (and herself) as woman in contemporary society; seen, unseen and being seen.

GENEVIEVE H-B
Genevieve is a predominantly a self-taught artist, after a period spent studying theatre design in Brighton, Genevieve worked in theatre, making masks for productions and private commissions before deciding to focus on painting..

Genevieve has work in private collections throughout the UK and has exhibited widely in the South including Bath, Bristol and London she is has also taken on private commissions. She was working in her studio at the 2 degrees gallery in Bristol until August 2010 when she moved to London. Genevieve is currently based in a studio in Bloomsbury and is busy exhibiting in Galleries in London. 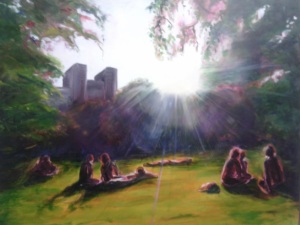 Genevieve’s work focuses on expression and light and is very much influenced by her environment. Life in a modern city has become a prevalent theme, the light changes, and shadows, the parks, streets and the people.

‘I want to move people to explore life in the city a new way, to unsettle and engage the viewer in a new way of seeing.’

“My aim is to bring inspirational, beautiful and esoteric art into people’s homes. I wish to create art that not only affects people in a positive way but that challenges them through the use of subject matters such as death, sex and spirituality.I have a desire to find meaning, through art, about human existence, sexuality and our ability to transcend.

I really enjoy oil painting but also work with photography and drawing. I am attracted to surreal themes such as the sub-conscious, dreams and eroticism because of their ethereal and subjective nature. Sacred geometry, with its mathematical and universal implications and colour theories also inform my work.

I find it enthralling how every single person lives through an entirely subjective world in their heads and few ever acknowledge or realise our similarities with and connectedness to each other and to the incredible power within us.” 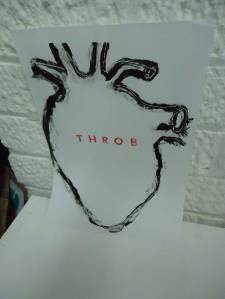 My paintings express the energy and magic a moment holds through the use of bright colours and quick brushstrokes. They contain a sense of nostalgia with a focus on spontaneity and playfulness. As a source of reference and inspiration I use old photographs and film stills to recreate moments and reveal the wonder behind what might seem insignificant and mundane. I am fascinated by blurry references, such as holiday snapshots damaged by the sun where all that is left are shapes of light and darkness which more easily express the atmosphere and mood.

In 2009 I graduated with an MA in illustration from Central Saint Martin’s College of Art & Design. I have previously studied art in Bergen, Oslo and Birmingham. Since 2007 I have lived and worked in London.

Sean Worrall’s current body of work explores the notion of new layers, the reclaiming of those things that are left to decay, the idea that our cities will eventually be covered and lost in new layers. Lost in the short-term as we use the city walls as a street art canvas, then as nature paints her own leaf-shaped beauty over the top of it all and takes everything back Trillion Green, the Captain’s Table… 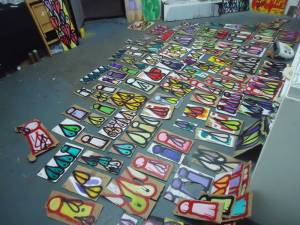 SEAN WORRALL – A piece painted outside the gallery on Friday, and sold on Saturday morning

Sean spent the last two years running a very busy East London gallery space called Cultivate Vyner Street, the space has now evolved and he can now get back to painting 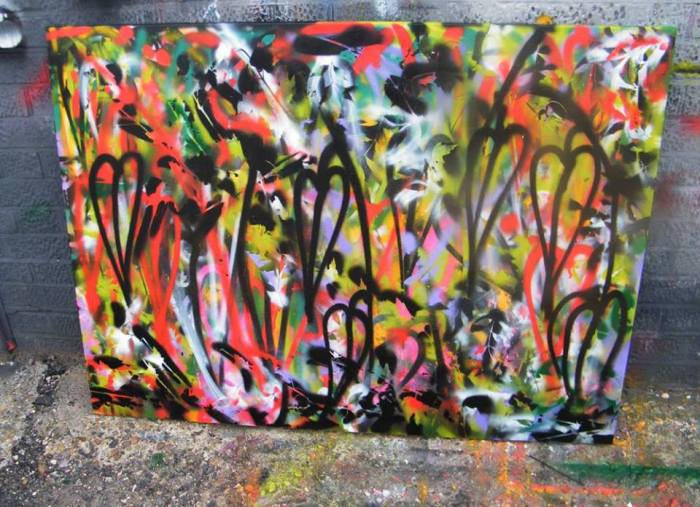 The eight artists each occupy a permanent wall space in the gallery, the walls of the gallery are clearly split  in to ten clearly defined spaces, the final two spaces are occupied by an ever evolving roster of guest artists. The guest artist space is changed every two weeks.

Cultivate is open from 11.30am until 6pm every Thursday to Sunday, Cultivate is also open every First Thursday  evening.

Here’s some footage of Chris at work

Timelapse of mural at stairwell wall at second floor studio and arts Canteen Cafe by Chris Godber. In Real time this is 17 hours 34 minutes of footage. 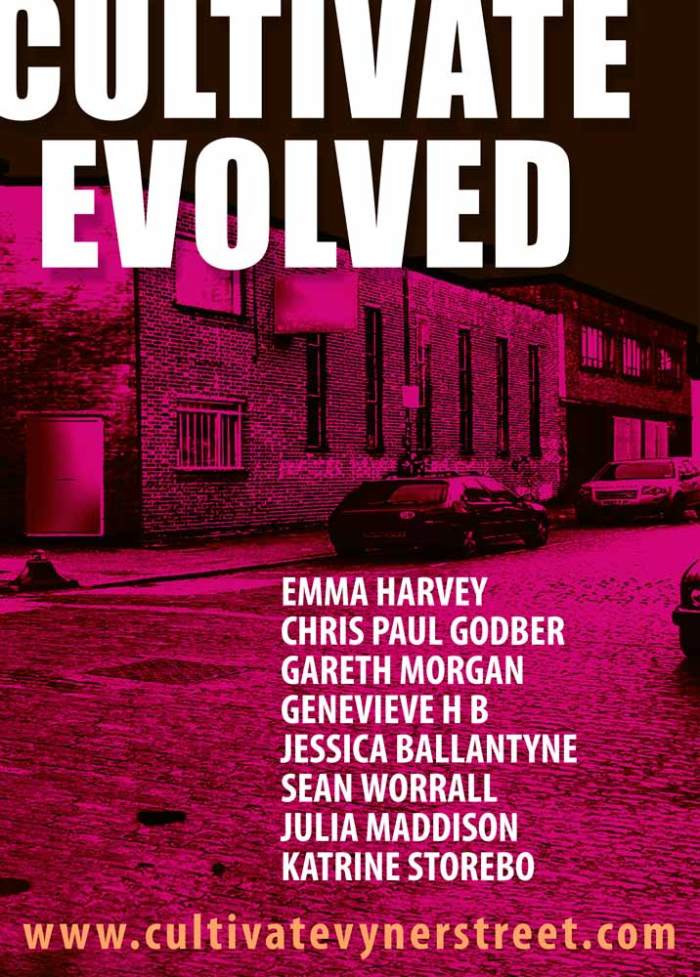