Rather sad to report news that Steve Strange has died….

Strange, whose real name was Steven Harrington, died in hospital in Sharm el-Sheikh, Egypt. The Welsh pop singer – whose best known hit with Visage was Fade To Grey – died in his sleep of heart failure.

Marc Green, August Day Recordings label manager, said his “family, band members and friends are all distraught at this sudden news of his untimely death.

Strange, a New Romantic pioneer, was born in Newbridge, Monmouthshire, and got involved in music after seeing the Sex Pistols in concert in 1976.

He went to London aged 15 to work for Sex Pistols manager Malcolm McClaren before setting up the Blitz Club in Soho, central London, which would become a focal point for the New Romantic movement. Bands including Duran Duran, Spandau Ballet and Culture Club all got their start at the club before finding stardom. 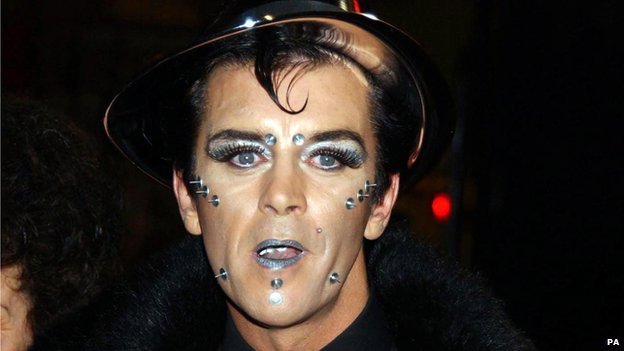