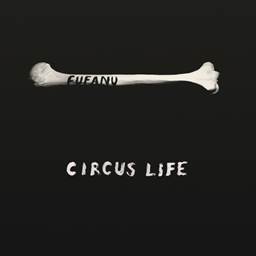 A quick thing for today, for we do like to have a thing of the day everyday. Today, Iceland’s Fufanu.

Cold-wave post whatever, a band with a growing reputation, ferocious live so we’re told, and over here from Iceland this week. Bauhausness, a potential dream city film club of a band, a cerebral edge, a brooding mood, a joy division. Fufanu are over here in London this week, one gig down already, the second tonight, then two more. Their debut single, Circus Life, comes out on One Little Indian on Monday April 6th.

A music video for the song Circus Life by Fufanu. Visuals by Brynjar Sigurðarson, shot by Maxime Smári and edited by Hilmir Berg.