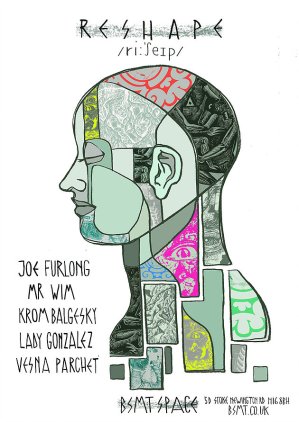 The basement gallery space has already hosted an number of significant contemporary art shows, street art events and exhibitions that dance to their own rhythms, including last year’s excellent Doing Lines show as well as the acclaimed Death in Dalston exhibition

BSMT Space will then collaborate with Cultivate. The now nomadic Cultivate Gallery will follow the recent “Reveal – An Art Show in a Railway Arch” show with a show at BSMT Space entitled DEBASER – An Art Show in a Basement. Debaser will bring together a cross-pollination of contemporary painters, performers, street artists and more for a show that opens in the basement space on Thursday evening March 24th

In April BSMT Space presents INFLATION – the first solo show by acclaimed Street Artist Fanakapan, opening on the 8th of April with a private viewing on April 7th. “One of the most impressive artists on the scene, with a style of his own that he continually redefines, Fanakapan is set to push the boundaries of his visual masterpieces further in what will be a stellar exhibition that you really won’t want to miss”. The show will run until April 21st.

The programme continues throughout the year with a number of exciting shows and events. More about BSMT SPACE, coverage of Reshape and more here on this page very soon. 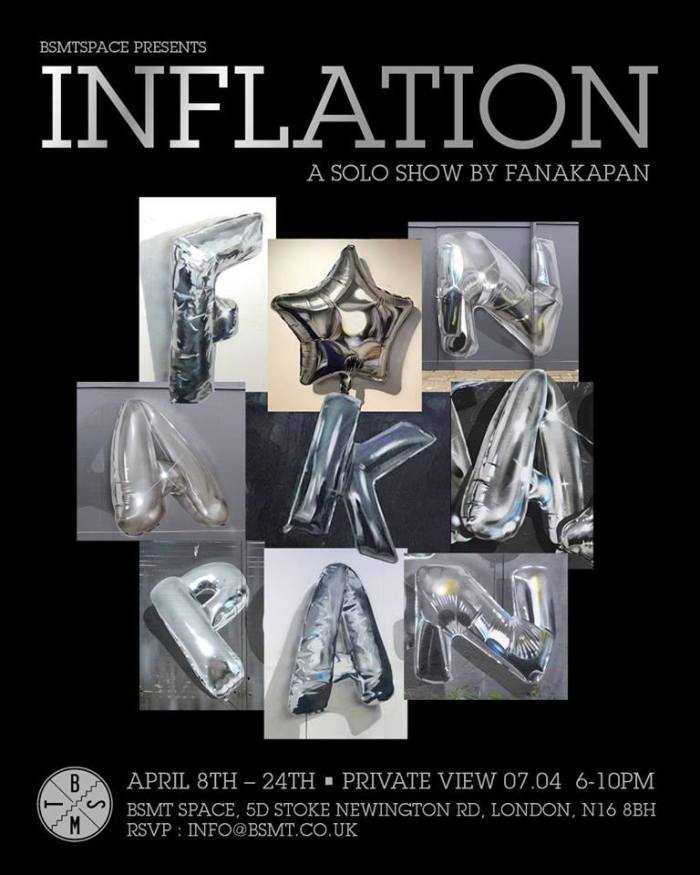 One thought on “ORGAN: BSMT Space is a basement art space over in Dalston, London N16….”