ORGAN THINGS…Getting tougher and tough for artist lead spaces to flow in London Town, on one side you have the spaces being squeezed by the developers, the urbanists and such, on the other, the business men and women sucking the energy out of art while they sell it like they’re selling shiny cars or  tubs of high heel designer yoghurt… There are still places where artists ate pulling things together, doing things rather than waiting for them to happen….

STOP THE WAR is an art show that opens on Friday 28th March (at 6pm) and ends on Wednesday 30th April. This art show is exhibited  opposite the current FASHION IS FAKE show at East London’s INDRA AND SAMIA GALLERY.  “Both art shows exploring the effects of imperialism and capitalism” so reads the less is more press released put out by the curators at the artist-run space that you find at 19 Henriques Street, London, E1 1NG  (just off Commercial Road in the heart of East London’s DIY gallery infested back streets. 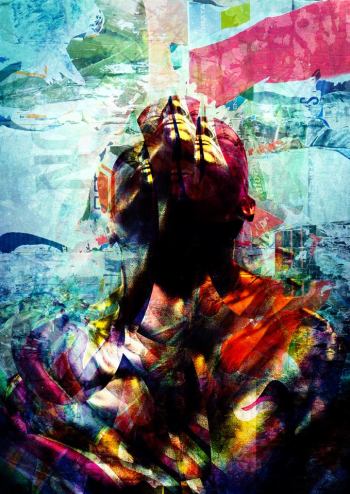 Pink Pop is an artistic celebration of the long awaited legalisation of same sex marriage in the UK. As of March 29, 2014, the UK will become the 16th country to introduce marriage rights for all. Equalities Minister, Maria Miller, described the passing of the bill as “clear affirmation” that “respect for each and every person is paramount, regardless of age, religion, gender, ethnicity or sexuality”. To mark this momentous occasion, Hawkins & Blue in association with Red Hand Gallery is hosting an exhibition of contemporary Pop Art.

Pop Art, many of whom’s leading exponents emerged from the gay subculture of America and Europe in the 1950’s, quickly became aligned with a camp sensibility due to its conflation of high and low culture and its glorification of kitsch. This connection was subsequently used against it, with critics waging vicious attacks against the movement and presenting it as part of a gay conspiracy. This show presents Pop Art and its camp associations, in all their splendor. The work is joyful, colourful, opulent and flamboyant.

ASHLEY SCOTT FITZGERALD will be one of the guest artists at Cultivate Evolved, explore the London artist’s work on a wall in the Vyner Street gallery, alongside the work of the current in-house artists and second guest Michelle Mildenhall from March 27th