ORGAN THING OF THE DAY? Some black light, some canvas repainted, some Banksy painted over, some fund-raising and a 25 second outburst from Dublin’s Girl Band 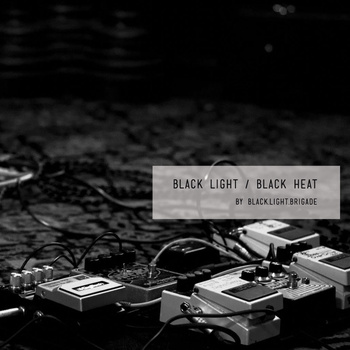 As we’ve pointed out before, the days of us having to review hundreds of musical things are over (I estimate I’ve written something like 20,000 music reviews – albums, singles, demos since Organ started), all we need now is a links and all you need is a mouse and your ears. Of course we’re not going to waste your mouse-clicking time with links we don’t think are worth investigating, and this glorious fuzz of deliciously considered artful noise from Kent’s Black Light Brigade that came in to our inbox  this sunny Tuesday morning certainly is worth some hasty mouse action…

“Hello, I was wondering if you would be interesting in reviewing the Black Light Brigade – Black Light / Black Heat album?  We are a band from the Medway towns with a heavy DIY ethic, that deal in fairly experimental improvised noise rock, that has been described as “sonic youth battling early Melvins”. It is our first album and we are looking for blogs / zines sympathetic to the DIY scene to review it. A google search brought us to your door… anyway, the album is here…”:

Today, I make no excuses for using the Organ pages to bring this to attention, some fundraising going on via Cultivate Gallery 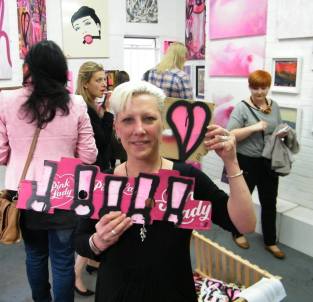 TRACIE ANGIOLINI, one of our regular visitors at Cultivate, is fundraising for St Joseph’s Hospice. I have a massive respect for St Joseph’s, the place is a vital part of the Hackney community, the real community and the real Hackney that is, not the here-today-gone-later-today coffee drinking Hackney, St Joseph’s is a rather vital part of the real East End of London, the real community (so East London that I met Barbara Windsor there once). Community is important, art needs to be about community, galleries need to be, we like to think Cultivate is…

“I have been volunteering at St Joseph’s Hospice for the past two years and have been blown away by the services they provide. These services are provided to all members of the community regardless of race, faith or creed. Everybody, those nearing the end of life and those with life-limiting illnesses is treated with care, dignity and respect.

So despite my advancing years and creaky bones I have decided to drag myself across a blisteringly hot desert to raise much-needed funds to enable the hospice to continue its good work. After the trek we will be completing a community project (painting a school/hospital) watch this space…….”

Now you could just go cut to the chase and donate via Tracie’s Sahara desert trek and community project page but then, we thought we’d like to do a little more to support our near neighbours just along Mare Street . Part of Tracie’s plans involve a fundraising art auction and raffle, that should be coming along in May, more about that is in a couple of weeks, I shall be donating some pieces and indeed exhibiting some of the work at Cultivate, hopefully a few of my fellow East London artists will join in. I pass the hospice every day on my way to Cultivate, and I think most people who have lived around here for any length of time have been touched by the place in some way, indeed we lost a good friend of the gallery late last year and I know St Joseph’s was a great comfort to him and his friends, so we’d also like to do this something in remembrance of Ian Mackenzie Smith

This week I have put a piece of work up on ebay, a recent painting of mine. All funds from this sale will go to Tracie and St. Josephs. This is partly about fundraising and partly about publicising and supporting what Tracie is doing. I shall be creating and donating another piece of work later on.

The piece for-sale on Ebay right now is a piece called TOURIST TRAP – MILD MILD WHERE? The piece measures 50cm x 50cm and is on deep-edged canvas, the piece is part of my “blank canvas” series of works – pieces painted on found objects, canvas pieces that others have worked on and such. This particular canvas was bought at a jumble sale at St. Jospeh’s a couple of weeks ago. One of those dreadful generic pre-printed canvas pieces, a slice of tat that demanded someone paint on it. The original print is a mix of Banksy images and London tourist images, including Banksy’s Mild Mild West (now remind me, where in London did he paint that? Ah yes, Bristol… he must laugh his head off when he sees all this cheap tat that cashes in on his art)

The auction ends on April 23rd, here’s the link

Dublin’s Girl band have a new 25 second single, they also play a free gig at the Lock Tavern, Camde n, London on April 19th. Download their latest album from here, pay what you want 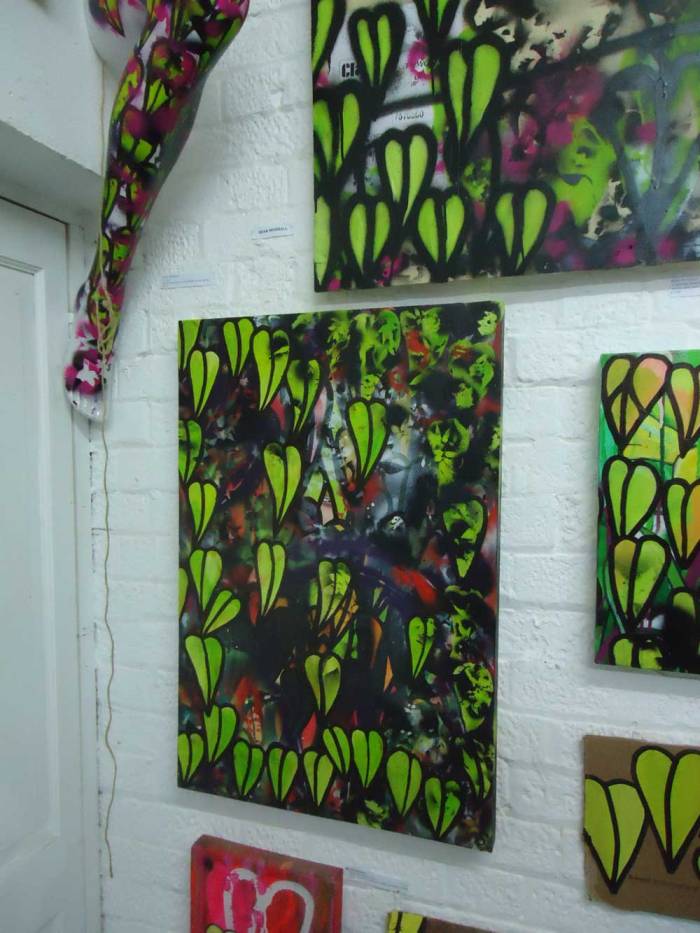