Arise Sir Bob and Roberta, well not quite but.. Now I can’t say I’m a big fan of the Queen’s New Year’s Honours list (I’ve turned my knighthood down several times now) but the thought of Patrick Brill, otherwise known as all round fighter for the right to be arty, painter, arts campaigner (and of course Resonance FM presenter) Bob and Roberta Smith being honoured does bring a big smile. Apparently Bob and Roberta has just been awarded an OBE as part of the 2017 list  (alongside artists Chris Ofili CBE and Ryan Gander OBE) 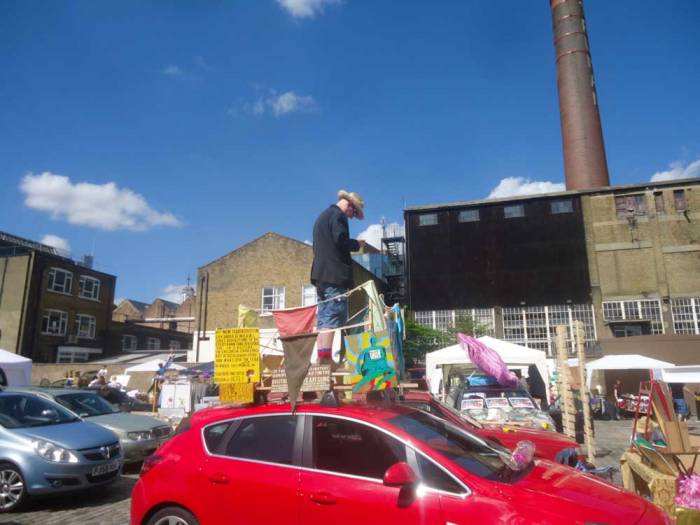 BOB AND ROBERTA SMITH at the Art Car Boot Fair….

“The New Year Honours List is a (some might say outdated) British tradition marked by naming new members of orders of chivalry and recipients of other official British honours. The awards are presented by or in the name of the reigning monarch, currently Queen Elizabeth II or her vice-regal representative. The selection is made up of names nominated by government officials and now the public are also allowed to nominate. Honours have been awarded at New Year since at least 1890, the year a list of Queen Victoria’s awards was published. The honours list is put together by nine independent committees set up by the Cabinet Office, and this year there are equal numbers of male and female recipients. A small number of honours are in the Queen’s personal gift”.

Wonder what Michael Gove thinks of it all? We won’t bother reading the Daily Mail to find out.  Congratulations Patrick, art does indeed make people powerful…. Nice one.   (sw)

Oh, and I do rather like that George Michael piece, not seen that one before… 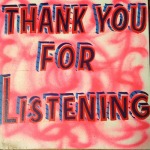 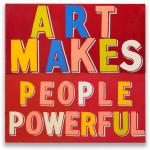 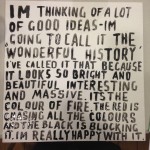 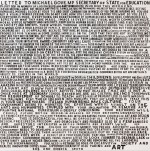 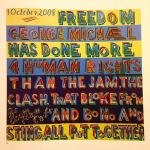