The posters have been appearing on the streets of London in the last few days, the posters bearing the words “strong and stable my arse” started appearing in social media feeds over the weekend, as is the way when art hits the street.  There were several suggestions in terms of who might be behind them,  it now appears the posters that hit the nail right on the head are work of the artist Jeremy Deller.

it seems Deller confirmed to the Guardian on Monday that he was responsible. He said he hoped the posters were self-explanatory, particularly after “this U-turn this morning” from Theresa May on Conservative party social care policies. 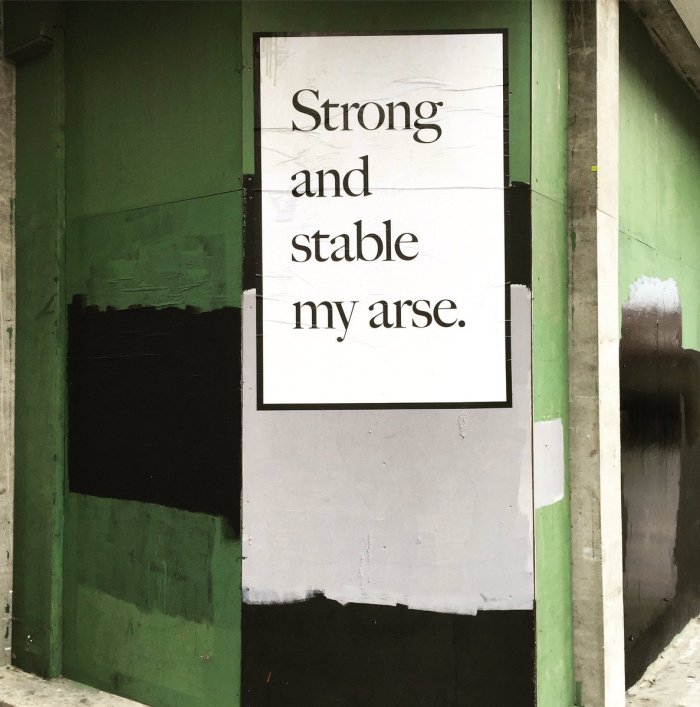