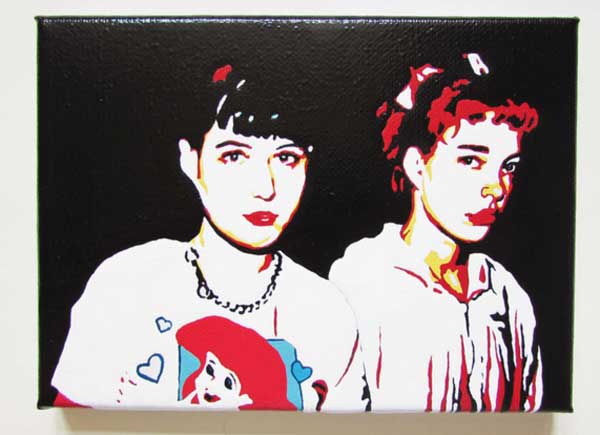 “Feminist punk pioneers Bikini Kill will reunite for three shows this spring in New York and L.A. Kathleen Hanna, Tobi Vail, and Kathi Wilcox will be joined by guitarist Erica Dawn Lyle for the shows, replacing guitarist Billy Karren. These, as reported via Pitchfork, will be Bikini Kill’s first full shows since the band broke up in 1997. (In late 2017, Hanna, Vail, and Wilcox played one song together at the Kitchen in New York City, during an event celebrating the release of the 33 1/3 book about the Raincoats. No further information was made available about new music or more touring” (or indeed new of dates over here) .

“Bikini Kill were the most prominent figureheads of the 1990s riot grrrl movement, inspiring a generation of women to pick up guitars, form bands, publish zines, and get involved in politics. After the band called it quits, frontwoman Kathleen Hanna went on to form Le Tigre and the Julie Ruin. Last year, Bikini Kill’s discography was added to streaming services. Their 1998 compilation The Singles was also reissued in 2018”.

Meanwhile, painter Emma Harvey, an artist know to let loose a Riot Grrrl flavour or two will be showing some of her latest work at a show called Attract here in London this week