Organ Thing of the Day, a couple of new albums from France, they’re doing things a little differently in France right now, here’s the new albums from Ni and Ultra Zook, meanwhile the new Poil album has just landed, stay tuned for that one, it might just be their best yet… 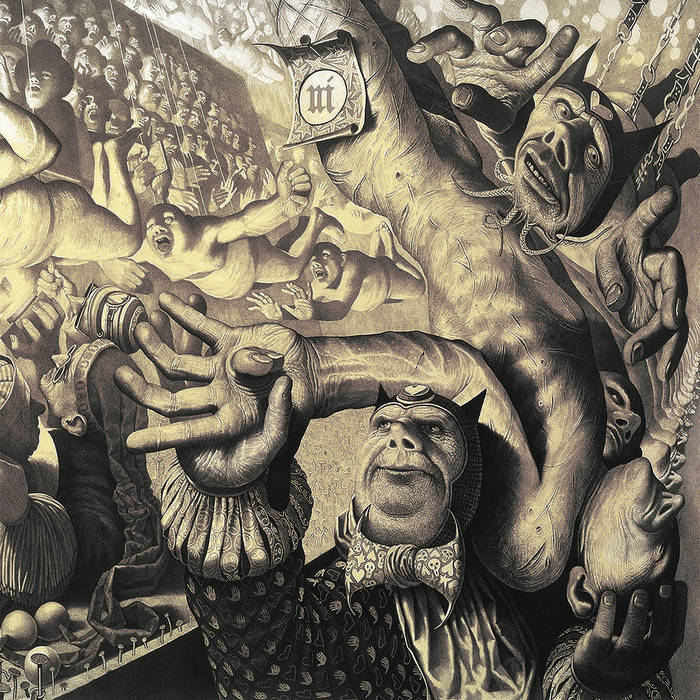 NI – Pantophobie (Dur & Doux) – Ni are sounding a little tougher this time, those instrumental pieces of theirs are a little more hard-boiled, almost metallic in a very progressive other kind of way. The vital thing here is the pin point precision, the sharp edge of each sound, each complex riff, each shift And don’t they have great tittles for each piece, they are pieces rather than songs, intense instrumental pieces of metallic shape-edged imtensity Athazagoraphobie sounds like a runaway mechanical horse that you’re trying to keep up with, angular metal bits threaten to slash you, they do sound like knights, they do seem rather relentless this time. Never a band to stand still, the Frenchmen are always challenging themselves as well as those who can hold on to their ride. They’re pecking now, like manic metallic birds going at their seed (or your head). they touch on King Crimson without ever obviously doing so, maybe a pinch of Rush, bits of Mr Bungle, Primus, never ever obvious about any of it though, there’s no one else quite like Ni, they’ve never been an obvious band, they’ve never been easy. They peck, they stab, they jerk, the gallop, they go sideways, they take the difficult path just for the thrill of it, for the hell of it, they’re almost relentless this time around, almost. Are they heavier than before? oh look, Ni are a set of thrilling metallic progressive avant rides, you don’t need out words, the whole album )and the order details) are there on their Bandcamp, skip past our words, who needs reviews, go listen for yourself (sw)

ULTRA ZOOK – Ultra Zook (Dur Et Doux) – “If God exists, it is clear that pigeons are his messengers on Earth. They’re everywhere, watching our every movement in the street, in our cars, through the windows of our bedrooms. They report all our good and bad deeds to God, who is obliged to correct our trajectory, brutally punishing us. This can cause us to make a lot of mistakes at a concert, for example, or can give us hangovers. For good deeds, however, he rewards us putting in our path wonderfully cute animals or make us gain a lot of minutes on the Navigation System. It is by being fully aware of these issues that we – the three musicians Ultra Zook, Benjamin Bardiaux, Remi Faraut, and Emmanuel Siachoua – are working tirelessly to produce the most beautiful songs and play them live with exponential professionalism”

Well really it could be argues that if god does exist then he is probably a she and the pigeons are far too busy to be watching us all the time. Now quite what the Eleven O’clock pigeon and her friends would make if the new Ultra Zook album, the fourth album for those of you counting, is hard to say? Quite frankly Ultra Zook are a bunch of weirdo musicians from France, they’re probably from a planet not far from Gong, well a solar system somewhere near the one Gong were in back when their teapots were really flying and their cheese was electric. Actually there’s all kinds of flavours here with this latest Ultra Zook album, there’s leftfield experimental prog rock jousting in an awkwardly fluid way with avant pop, there’s occasional hints of electronic funk in amongst the strange percussion, the flutes and the toytown electtics and the bits that sound like marching bands who never march in the same direction as everyone else. Some of it is delightful, some of it very (very) experimental, some of it dancing around very different architecture, some of it very playful, are those bagpipes? Is that a glockenspiel? Did they mean to go down that road rather than the more obvious one? What are they singing about? My pigeon French isn’t enough and the pigeons here at the studio won’t tell me, that’s a tasty bit of keyboard at the end of La Plasticite Mentale Du Monsieur, and now they’re sounding a little Mexican in a very unmenxican kind of way. There’s three flute players, they’re all kinds of textures, there’s those pipes again going against the tide and the strange rhythm and the obtuse bits that flow so so well when really they shouldn’t, It may all sound mad but it never gets too awkward to listen to (and maybe jump around with), they do sound as mad a box something other than frogs, they’re brilliant actually, once you give in and flow with them, once you give in to their infectious delights, there;’s nothing awkward or difficult about this music, they just do it a little differently that’s all. Ultra Zook are from Lyon, France, the self-titled new album is out on March 22nd (sw) 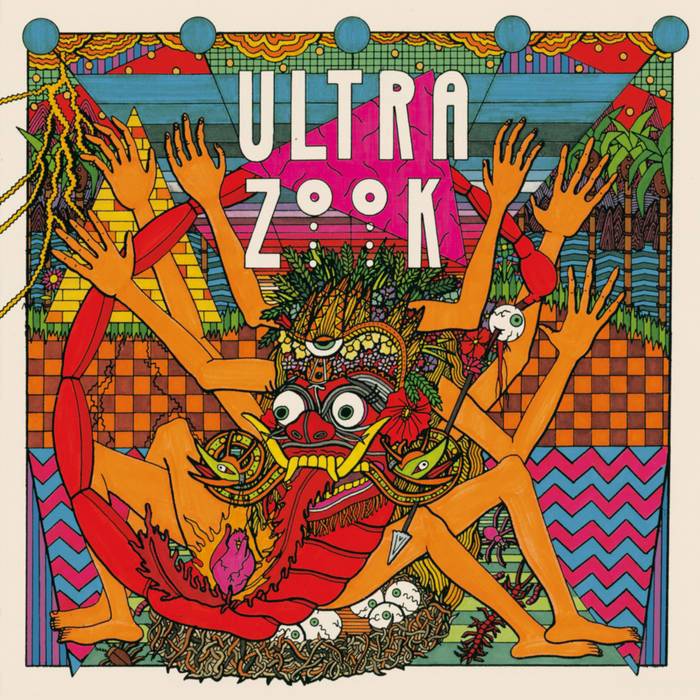 One thought on “ORGAN THING: New albums from Ni and Ultra Zook, the French like to do it a little differently, a little more hard-boiled…”