Cardiacs, for those of you who like to be downloading rather than to be holding these things in our hands, have finally got around to opening a Bandcamp page and making a whole load of their beautifully heaven born and ever bright back catalogue of albums officially available… 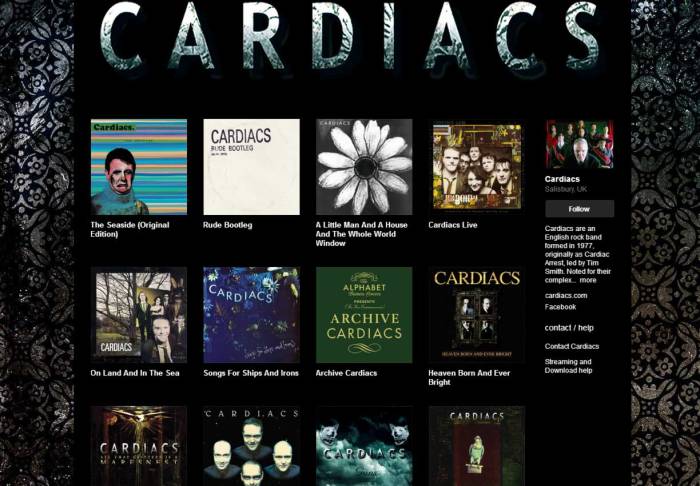 Meanwhile, in a very (very) slightly related turn of stars and paint and such, 43 paintings, and some music from the last century…

Back in the last century, besides being out there somewhere painting walls, writing zines, pasting things to things, we were running a rather busy record label.  One of the many releases was a label sampler called Organ Radio Eight (there were 21 Organ Radio compilations, there were the days before the internet really kicked in, things were still mostly physical), this particular release focused on the bands who were then releasing singles or albums via the label, it was 1999, running a record label was more exciting before the days of downloads.  We recent found a batch of the discs in the corner of the studio, too good to just throw in the recycle skip (nothing ever gets thrown out here, everything has a use), the discs nineteen tracks and a whole load of music that (mostly) still stands up nineteen years later. The label was always run in a defiantly underground alternative zine powered art-flavoured D.I.Y way, we’re still rather pleased with most of what it achieved.

And so 43 glossy white cardboard CD envelopes were found, 43 blank white  cardboard CD envelopes. 43 blank pieces were all painted together at the same time at the start of January 2018. Mass produced Sean Worrall pop art flavours, red blue yellow and gold, black stars (and a disc that also features Sean Worrall artwork). Each piece hand painted, numbered and signed on the back, each one with the CD and original insert inside. The 43 paintings/packages, are on sale via the Cultivate on-line shop (and other outlets) with the discs inside. (while stocks last as they say)