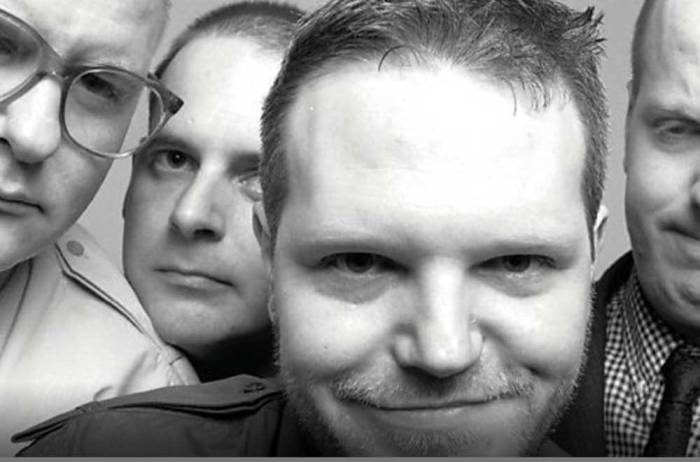 We know they’re unique, we know they’re special, that they’re fuel, but occasionally something will pass by and a voice will shout from over there, “who’s that? That sounds a bit like Cardiacs” and well with today being the birthday of the leader of The Starry Skies, here;s five bands, you might like. Not clones mind you, there are some rather dubious clones out there, there are those who set to try and bottle the magic, they all fail, here are five who rather unintentionally sound just a little bit like some of that magic…

One such band were Science, a Sheffield Post Punk band from the end of the 70’s and the start of the 80’s ot from somewhere about then, a band we know very little about,

2: Math The Band – haven’t checked up on them for a bit, back in 2014 we said – MATH THE BAND, now if (early) Cardiacs really wanted to be a very American Sparks-like analogue pop band and were to… . Hang on, they have something new happening right now, we’;; be back with more in a moment. “Math the Band (the Band) make glitched-out, chaotic, celebration pop for the constantly anxious. Located in providence rhode island, Math the band have been part of the D.I.Y scene for nearly twenty years, touring around the world and releasing 20+ albums”, Seems they about to release a new album, they are very very American, well they are Americans so that makes sense…

3: RING – Of course there was Ring, they played on the same bills as Cardiacs rather a lot back in the day, they were from the same squalor-filled suburban streets where things went off and things, the Consultant hatched eggs and things with the Twisted Crowman and things, those of us who were lucky enough to see then will tell you they were excellent live, the clowns could be dangerous if you didn’t want to be pied, they were like slightly stranger cousins to Cardiacs, singer Jonny Karma has admitted that Ring’s final cassette album, Nervous Recreations, sounded “transparently in awe of Cardiacs.”, but he really is doing himself and Ring a bit of a disservice there, there was a lot more to Ring back than a band who were just another Cardiacs. Here’s thier first album, it came out on tape, what a beautiful thing it was….

5: Uz Jsme Doma – really, as someone else said, they’re just a very deranged experimental Gregorian chanting thing or something or other, they’re from from from Prague, Czech Republic, they do sound beautifully mad in the best of ways, and well, here you go off and things once more…

Oh we could go on for no other reason other than we could, and it is Tim Smith’s birthday today and we could go back to 1973 if we really wanted to but then that would be putting the horse before the cart…

But then there is only one Cardiacs and they do continue to fuel us… Happy Birthday Tim Smith, thank you sir…

3 thoughts on “ORGAN THING: In celebration of Mr Smith’s birthday, five bands who sound just a little bit like Cardiacs…”