Last weekend marked one year for the very active and rather vital Long Live Southbank campaign. Heavily documented on these pages through the last twelve months that campaign, mostly led by the large London skateboard community, the campaign has been highlighting and opposing the arrogant proposals (and outrageous spin) of the current Southbank Centre board and their declared intention of tuning a much loved creative art space in to yet another tedious retail opportunity.  More damn coffee shops, just what we need on the cafe-swamped Southbank river front,  more coffee rather that free flowing spontaneous art. The undercroft has been a vital part of street culture, both in terms of London and the globe, for some forty years or so now, rather than go on about it here again, let’s just run some visuals and let those using the space more than most do the talking. 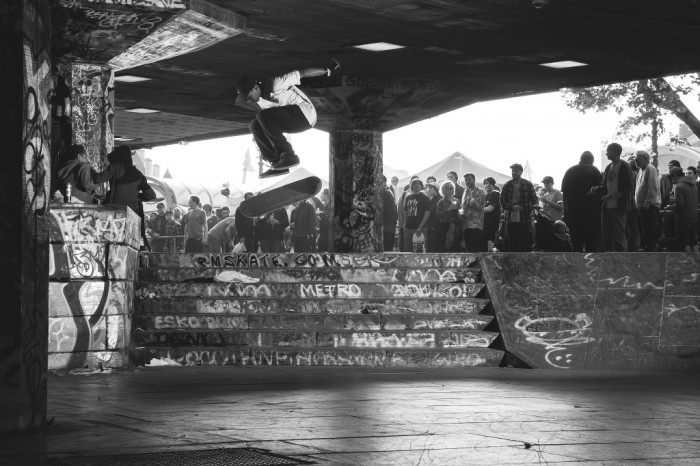 Before we do leave you with the videos, let us just say (again), this isn’t just about a skateboarding place, this is a cultural space, an important exciting space in terms of art, in terms of spontaneous creativity, in terms of expression and so much more, an open safe place for everyone,  not a curated place, not something formally curated for us, just a place where things happen and people are inspired and empowered….  you can’t move that, you can’t arrogantly destroy that, it isn’t something that can be relocated and recreated. The Southbank board have been trying to play this as selfish skateboarders versus everything else, don’t believe them, we all stand against this, we are all skateboarders.       .

“My final year of my photography degree at London Met has been based around the preservation of the Southbank skate park. This will be shown alongside life-size prints in our exhibition at London Met June 10th – 20th 2014”.(David Hewitt)

And before we go, here’s “a retrospective look at the poignant echoes from the 2007 film ‘Save South Bank'”

For more information go use the search engine on this page and find out other Southbank feature or head over to the LLSB blog and read: ‘40 Years Later… 1 Year On: Undercroft Community Jam – 4 May’ ~ 4 decades of skate history unite over 1 day! 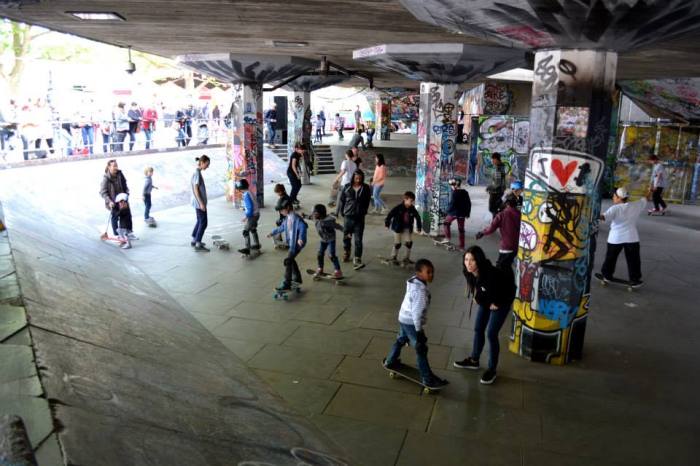