Thing of the day, not been here for days, have you? Left you with a trojan horse and went off dealing with leaf growth, demolition orders and such. While we were away it seems that the Robert Fripp has launched a YouTube channel for his label DGM Live, describing it as the place to go for “all things King Crimson.”

“The first batch of clips, along with his personal introduction, includes drummers Pat Mastelotto, Bill Rieflin and Gavin Harrison performing a solo piece during rehearsals for the band’s upcoming US tour.. Fripp confirmed last year he was ending his self-imposed retirement from playing live, after he reached a settlement in a five-year legal battle with his former label. He later revealed details of Crimson’s seven-man lineup, also including Tony Levin, Mel Collins and Jakko Jakszyk. In his intro video he describes himself as “one of the guitar players in King Crimson – and the heartless, raging, venal leader of DGM. He recently admitted: “I haven’t actually enjoyed touring to date. I hope this tour will provide a new direction in my life of playing music.” He’d previously released a clip of a new Crimson track called Venturing Unto Joy Pt1. (as reported via the pages of Prog magazine)

Also on the YouTube channel is a 105-second clip of Crimson performing 21st Century Schizoid Man in London’s Hyde Park in 1969. The current lineup’s US tour kicks off in New York on September 9 and ends on October 6 in Seattle.

Meanwhile, some new Morton Valence, don’t like everything that comes from Morton Valence but sometimes something just hits the spot.

“Taken from their coveted third album ‘LEFT’, ‘The Day I Went to Bed for 10 Years’ is a 7 and half minute bare-to-the-bone confessional, which tracks 10 lost years of one man’s life, charting a journey through minor-celebrity, anonymity, domestic bliss, substance abuse and a lot more along the way.  Inspired by – among other things – selfies, video art, kitchen sink drama, Andy Warhol and a classic old French sci-fi film entitled La Jetée, the video is an odd blend of horror and extreme normality as the protagonist looks you straight in the eye and recounts his story from his electronic confession box. As well as being the antithesis of one of those eye-candy videos full of pyrotechnics and dance routines, it’s also a counterpoint to Morton Valence’s last official video release ‘Clouds’”

And while all that is happening, in New Zealand the always interesting MT STERILE ASSEMBLY are looking rather colourful…

“The very splendid John Lake has filmed, edited and distilled us into a sweet 8.42 video clip as part of the ever expanding and worthy cultural document Up The Punks! Thank you ever so much for spending time with us, Cheers, enjoy and bounce over to the UTPTV and see the other sweet clips as well” (And what’s that we spot after four minutes and thirty-five seconds of viewing?)

More of this kind of thing sometime soon…. 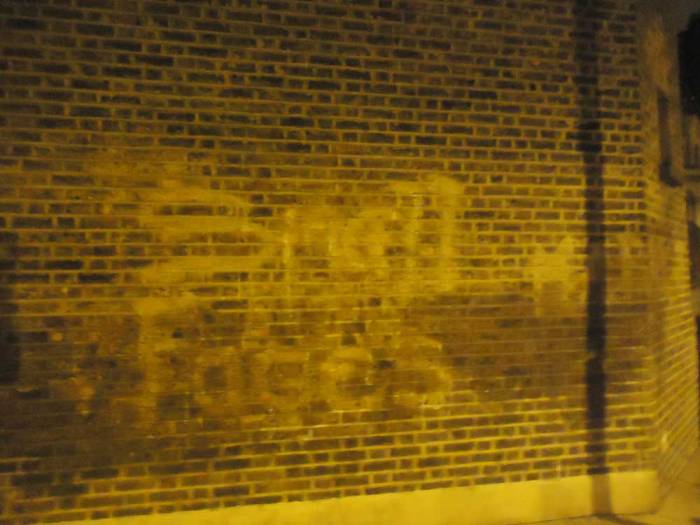