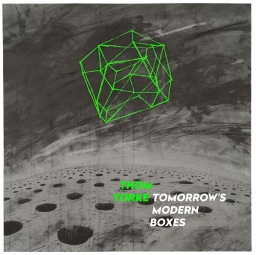 Ello, let’s all rush there and see? Lemons? Lemmings? Nothing much there yet. It wasn’t for the lack of lemons, or indeed limes, or times, or thymes and there really isn’t too much of a point to any of this anymore other than to occasionally point at something and say, hey, there, look at that, that’s worth clicking on and checking out.

Winchester’s Wild Smiles have been pointed at before, they’re getting close to that day when they release a first album now, October 27th to be exactly exact (assuming this press release is exact), a debut album called Always Tomorrow on Sunday Best Recordings. So far there’s been a number of what would have been rather impressive singles in the days of singles that you put on repeat and occasionally flipped over for the b-side and such.  Take them home, stick them on repeat and stack them carefully in alphabetical order, can’t quite get so excited about buying a bit torrent bundle, whatever the hell that is?  Thom Yorke  is going on about tomorrow’s little boxes or some spongy thing like that? Buy a bit of it? Radiohead never did much around here, pleasant enough on their day, sold the demo they sent us for a small fortune on ebay a few years ago, gave ’em a support slot once when they needed a break…. Wild Smiles make great singles, pop singles, classic pop singles, nothing revolutionary, just damn fine pop that tastes a little of Beach Boys and Velvet Underground and Jesus And Mary Chain and maybe a touch of those Ramones, Wild Smiles have something of their own in there, they just released a video, track off the album, sorry about that ugly Vevo logo down there, don’t let it spoil things too much….