WE COULD NOT AGREE

Frieze week is always a busy art week in London, the big art show attracts art viewers, dealers, collectors and critics from all over the world, and as a result, there’s other art events, shows, fairs and more mushrooming up everywhere, this is the so-called art season in full swing as it were.

There’s been quite a few car parks this year, we can at least agree on that can’t we? A lot of art in car parks. Brick Lane, Soho, Liverpool, Folkestone, been a great year for car parks. We’ll be in another car park this coming Monday for the opening of a week-long show called We Could Not Agree.  Question is, on the eve of the show are the curators feeling a little competitive about things? We Could Not Agree is a show curated by the combined forces of sculptor and curator Cedric Christie, artist and East London gallery director Alice Herrick, London-based sculptor Roger Clark, Sarah Sparkes from the visual arts & cross-disciplinary research project GHost, Vanya Balogh, Rebecca Scott, London-based French/Swiss artist Pascal Rousson, Tracey Moberly – artist, author and activist, one time boat-builder, jeweller, furniture maker and now maker of art objects Mark Woods and art patron Geoff Leong. We’re not quite sure what they couldn’t agree about, we do know each of the curators has carefully selected a number of artists for what promises to be a rather expansive show (I think we can agree it is going to be expansive can’t we?). An expansive show in a brutal concrete car park in central London during the rather busy Frieze week, I think we can agree that has to be a good thing.

We Could Not Agree takes place in the rather large multi storey Q-Park car park beneath Cavendish Square in London W1. Featuring one piece each from over one hundred artists, the show will come together on level three of the circular car park venue for one week starting on Monday October 13th 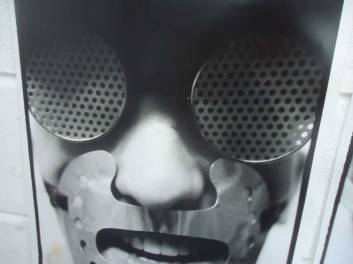 Can we now say this is an annual event? If last year is anything to go by then it will once again be an event that challenges, a show that shake things up a little, a show put together by artists rather than art dealers. The curators are active artists, people involved, they know the London art scene, they know what’s going on underneath the surface, they’re part of what’s going on beneath the surface, they’re involved, they’re out and about, looking, seeing, exploring, sharing, seeking, taking part. They’re involved in shows, in events, in artist-run galleries. They’ve been involved in some of the highlights of what has been a busy year already, events like the Big Deal show in the converted laundry building over in Fulham, the excellent Fete Worst Than Death anniversary shows that celebrated the life and legacy of Joshua Compston and his Factual Nonsense, the pulsing start to the (Chinese) new year and the Chinese Open show (in another multi-storey car park, that time ii was Soho as the dragons danced outside). We Could Not Agree is a show put together by people who out there finding art, who are involved in art, who make art, who make art happen all year round in London town,…

Vanya Balogh, originally from Zagreb, currently based in London, has exhibited both in the UK and internationally, including works at the V&A, Tate Modern and the Venice Biennale. Alongside shows of his own work, Balogh has curated many large scale group exhibitions in the city he’s now called home for quite some time – the man is expansive, ambitious, his events are always interesting, often exciting, sometimes thrilling. Often working with Cedric Christie & Geoff Leong, the other two driving forces behind this latest Q.park show. As an artist Cedric Christie’s own work explores a broad range of cultural and historical references, his art often a critical appraisal of modernism. He exhibits widely, his sculptures are in a number of respected collections. Meanwhile Geoffrey Leong, as cultural ambassador for British/Chinese culture, has supported a number of significant London art events over the last five years. Together, Geoff, Vanya and Cedric come together again and again and appear to agree rather a lot about what they’re doing – but then they have invited a number of others to join in the curation of this ambitious show, brave of them, will they all agree?.

Let’s ask Vanya a couple of questions about not agreeing and such.

Vanya, why could you not agree?

Curatorially it is always more interesting to disagree then to agree I think. Disagreements are more inspiring then agreements but equally at the start we did not plan to disagree in any way, it just happened… It was a spontaneous combustion caused by excess of Chinese food…

Was the plan always to have this many curators?

Yes it was and quite frankly it’s too much! I’ve probably made an error in terms of numbers, I don’t regret it though

What can people expect? Indeed do you know what to expect two days before the show is installed?

Expect the unexpected I guess…truly you just never know and you have to go with the flow. What we do know is that we have some great artists on show and a unique space to show in 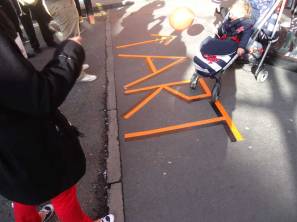 Why a car park?

Car parks are great, perfect breeding grounds for tropical viruses and venereal diseases, that and the showing art of course

Is the showing and a sharing of art a bit of a virus you’ve caught then? The kind of disease that’s healthy to catch?

And where did you fine all these artists? There’s a lot of artists…

I would like to say they come to me rather than me finding them…but hey they’re all around us as you know, they come and go, only art remains…. 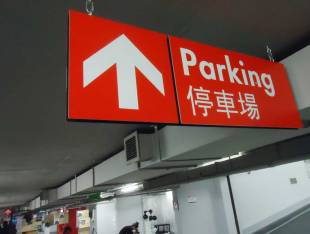 On the eve of the show are you curators feeling a little competitive about things?

Tell me about it!! It’s worse than I expected, bun fights will happen for sure, don’t ask me what the outcome will be

Is there ever an outcome or does it just evolve?

Both and they feed off each other

Is there an element of wanting to challenge Frieze and what might be called the establishment during this busy week for art in London?

Well I’ve stopped going to Frieze. I’ve stopped for several reasons, I don’t want to get into detail. We are truly underground with this show and in the state of total commercialization of art that we have today. I hope it is refreshing to have this counter point, a different view, something that doesn’t fall into any cliche, business category or institutional preamble… We are a challenge to Frieze because in many ways we don’t exist… 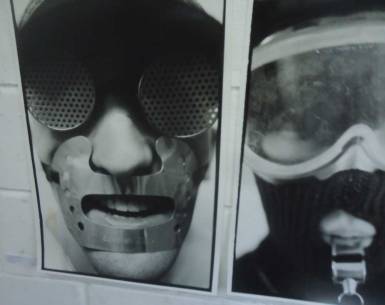 well I’ve always felt it was and should be about art and artists and I’m sure you agree… equally all those artists who boast about what they sold and how much, artists who have credit card machines in their studios and really should just go and work in a bank….

Credit cards in their studios? As a artist, I don’t even have a working credit card! So why should people take the time to come along to this show rather than one of the many others on in London this week?

Why? You tell me…

Well hopefully we just did, thank you Vanya.

There’s far too many artists to list, we’ll do it in a moment, here’s a taste of one or two of those involved, not the work they’re necessarily showing at We Could Not Agree, just of taste, an image or two from a participating artist or two…. The opening night is 6pm to 9pm on Monday 13th october and then the show runs daily from Tuesday 14th Oct until Sunday 19th October at QPark Cr park, Level -3, Cavandish Square, London W1.

Click on an image to enlarge or to explore the slide show…..

10 thoughts on “ORGAN THING: “We are a challenge to Frieze because in many ways we don’t exist…” Vanya Balogh on next week’s We Could Not Agree art show in a car park”