Tempting Failure 2014, coming up next week…

Now in its third year and running across the city of Bristol from the 3rd until 8th November.

“Tempting Failure has grown to represent a showcase of the best Live Art, Noise Art &
Performance Art from new to established artists    This November, Tempting Failure will host 50 artists, celebrating not only the best of the South West and the UK, but also bringing to Bristol artists from USA, Australia, Germany, Switzerland, Italy, Thailand, Denmark, Columbia, Netherlands, Belgium, Austria and Canada.

TF works with artists at all stages of their career; nurturing & supporting growth, while
providing each with an outlet to challenge preconceptions of artistic practice in a variety of
forms. Tempting Failure celebrates raw & rare enquires that allow artists freedom to express themselves in a manner that may touch upon risk, transgression or failure.

Tempting Failure will run a free entry programme suitable for all ages. It features three walking pieces in various parts of the city, including The Bear Pit; two of which are productions by local South West artists, AMINAL & Tom Marshman. There will be a permanent site responsive artwork by the internationally acclaimed William Costa & Jasmin Schiatl in the Edwardian Cloakroom. While a free programme of workshops are being run by the renown Joke Lanz & TF Family artist, Helena Sands. VestAndPage will also bring an exclusive 24 hour intensive workshop like no other! Then throughout the week the Live Art Development Agency archive will be made available at The Birdcage in a wonderfully unique and exciting way. And on the morning of 7th & 8th artists, critics and academics alike will be taking part in free talks and panel discussions.  The week long programme concludes with a spectacular celebration of some the best and most unique artwork, in two nights at The Island on the 7th & 8th. These events in the former city police station take advantage of this wonderful venue by allowing audiences to immerse themselves; discovering performances in the old cells, holding spaces, exercise yards and more. Each night will be headlined by two international acts: Joke Lanz on Friday 7th and Hancock & Kelly on Saturday 8th. These last two nights are strictly over 18 (Tickets £15 – £30), and will certainly dazzle & challenge all of your senses!

Tempting Failure is a not for profit platform. It pays every artist it programmes. We are only
charging for tickets on the last two nights, and hope that audiences will take to this new, exciting model of sharing artwork by electing to buy a ticket to 7th – 8th November. Each ticket sold directly supports all 50 artists across the entire week of free events.

.
Tempting Failure will be at the following venues:The Island, The Birdcage, Edwardian Cloakroom, The Bear Pit, The streets of Bristol City, and a very secret location.
Tickets for the last two nights can be purchased by visiting, Bristol Ticket Shop in person or online via  temptingfailure.com/tickets

Here’s the link for full programme details, and here’s the full website www.temptingfailure.com 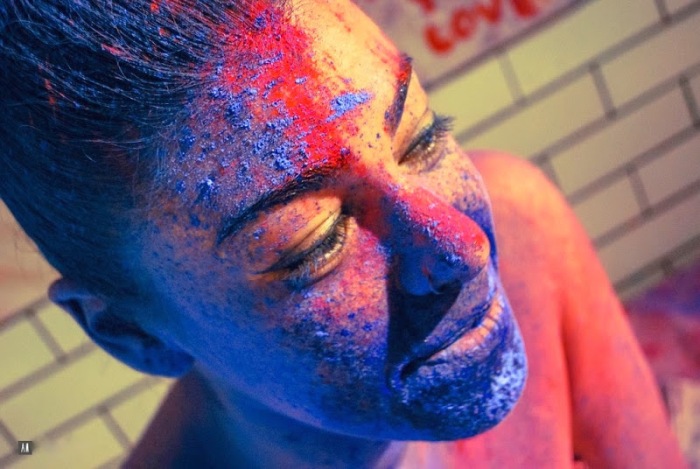