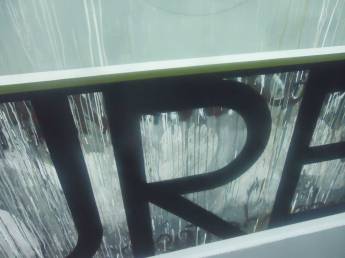 Signs of life in Redchurch street, the East still lives, there is still artist-led adventure to be found in between the designer clothes shops and the food no one who actually lives in the East End can afford. Tuesday afternoon and there’s actually a couple of art exhibitions open (a couple of years ago, this street was alive with galleries and art spaces, then the designed shops moved in and… well, you know the rest).  The Opinion Makers 2 show opened to positive response (and big crowds) on Monday evening. An extremely well curated show in the big Londonewcastle project space (the big building in Redchurch Street with the Ben Eine letters on the side).  Kind of helps that the combination of rooms really does make it difficult to get things wrong in the big space, but this show really has been carefully considered and put together in a rather splendid way; the relationships carefully considered, the colours, the textures, the spaces in between the well placed art. And There is an art to hanging a show, these things don’t just happen, you don’t just turn up with a hammer, bag of nails and a gang of paintings the day before the show opens and expect it all to just fall in space – well no, sometimes that is exactly how it should be, but not for a show like this in space as attention-demanding as this one.  This is a big white space (or set of intriguing big white spaces) and every inch of the hang is crucial – crucially the team behind this show, Iavor Lubomirov and Bella Easton, have got the art and the space just right, feels good in here, the walls and floors are inviting, they call you in to explore… 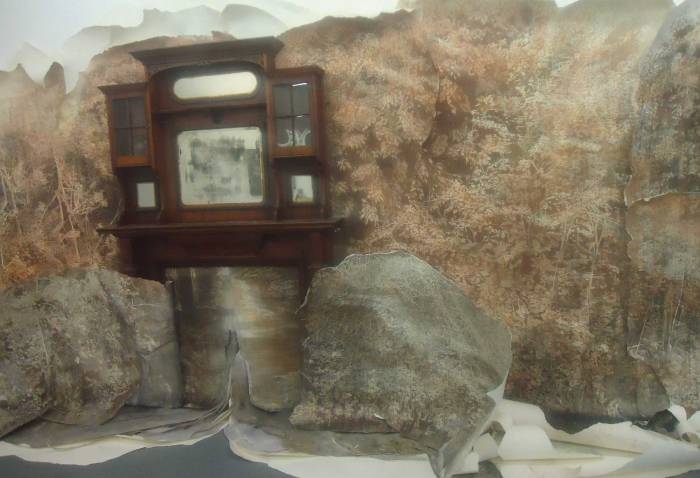 “Many artist-curators, curators and artists began their careers in artist run spaces; initially these spaces were established as an alternative to museums and galleries. In recent years Project Spaces have become part of the established art system and have been incorporated into large-scale exhibitions and biennials.” – Birchall & Mabaso, 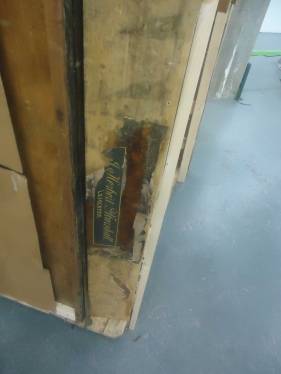 Artists choose art in a particular way, arguably their choices and interests are motivated or coloured by concerns within their own practice. Conversely, when curators or writers are practising and exhibiting artists in their own right, there is a potential opportunity to discover – through the medium of their art – curatorial and critical motives which are either consciously or subconsciously unavailable in an exhibition itself, nor in its supporting materials, such as press releases and articles. The Opinion Makers series of exhibitions is conceived as paired juxtapositions; each pair comprising one work by an artist who curates or writes, together with one work by an artist of their choice. It is a pragmatic attempt to use artists as curators as an explicit tool for understanding curation. It is also a statement about the significantly expanded presence of the artist-led approach in the contemporary art landscape. The Opinion Makers is organised by Iavor Lubomirov and Bella Easton – artists, curators and directors of the ALISN network and the LUBOMIROV-EASTON Project Space. The first Opinion Makers exhibition took place at Enclave Gallery in 2013. The second in this evolving series, presents at Londonewcastle Project Space the work of international, as well as UK artists, curators and critics, to give a glimpse of a rising global trend of artists devolving new organisational, curatorial and critical roles upon themselves.

It would be almost wrong to pick out individual pieces, this is a show that mostly works as one big whole, a show united, but that dark garden shed needs to be quietly sat in for a while and the glow of Juliette Losq‘s expansive tactile growth needs to be enjoyed in person. The show is an inspired mix of painting and installation, of free standing sculpture and refined wall work, beautiful painting, mathematical consideration, the glories of texture, sound, shape, film. Oh look, what you have here is a rather impressive show that has space to breathe, a show that comes with the energy that you tend to only find when artists are leading things themselves.   Opinion Makers is a show well worth your time, a show to experience, some artists you’ll want to explore a little more….. (SW)

The Londonewcastle Project Space is at 28 Redchurch Street, London, E2 7DP. The show is open until Until this Saturday 20th December, 12-5pm daily. Reopens 5th to 11th January.

Click on an image ot enlarge or run the slide show