Things things things, things ain’t working out down on the farm. Some things for you to explore (while you wonder why Robert Fripp thinks £50 is reasonable). Still annoyed about those King Crimson ticket prices, they may have been one of the constantly great bands of our times, but those prices really are taking the piss Robert, no one around Hackney can afford those obscenely greedy prices! Enough of that, wouldn’t go if you paid me now, here’s some new things from new bands who don’t want an arm, a schizoid leg and a pint of larks tongue blood, easy money? We need to buy catfood Robert, what on earth makes you think the average person can afford those ticket prices? Here’s some things..

The new ENABLERS album has been exclusively posted over on French magazine Mowno’s website, I imagine the album will be heavily featured on the Other Rock Show once we get out mitts on a copy…. And here’s some STERN from last year, last year is still new enough, timeless and enabled,  and you must act very urgently to this message. I am Rev. Thomas Dah from United Bank for Africa

PROSTITUTES in London tonight (and they’re far cheaper than Robert!)  “A UK debut performance for Prostitutes, the Cleveland based experimentalist behind releases on Diagonal, Mira, Opal Tapes and Spectrum Spools, with support from Tri Angle’s Boothroyd and Diagonal DJ Jaime Williams” Catch then at the ever fine space known as Cafe Oto.  You can find the track featured in this YouTube via this link

London’s MARINE are working up to the release of their debut EP later this month, more via their WordPress page should you wish to know more about their sea creatures and…. 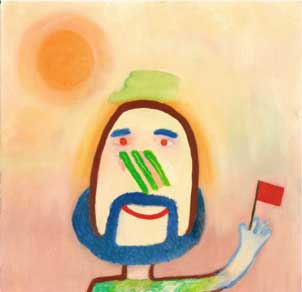 Interesting looking art show opening at Space this Saturday evening. You find Space on Mare Street, Hackney, just by the London Fields pub and right by the 48/55/26 bus stop.  Space is one of the more formal and traditional old school art spaces in East London, they may not be that friendly and welcoming, but they do have a fine space and they do put on some interesting shows (and we do need to treasure our spaces and more and more of them are closed ot make way for more expensive flats that no one around here can afford)

Alfreda Benge: P.L.A.  Paintings, illustrations and lyrics by Alfreda Benge (b. 1940). Drawing from her long-standing collaboration with the musician Robert Wyatt (b. 1945), as well as other projects, P.L.A. is Benge’s first exhibition in a UK institution.  Private view: Saturday 7 Feb, 6 – 9pm, more about the show here

Here’s some wiki – Alfreda Benge is a lyricist and illustrator. She was born in 1940 in Austria to a Polish mother, and came to England in 1947.[1] She has been married to musician Robert Wyatt since 1974.[2] She has contributed lyrics to many of his compositions, and has written lyrics for French musician/producer Bertrand Burgalat, and for Brazilian singer Monica Vasconcelos.

Benge studied painting at Camberwell Art School, Graphics at the London School of Printing, Film at the RCA, worked in film, and served as an assistant to the editor Graeme Clifford for Nicolas Roeg‘s Don’t Look Now (1973). She has provided cover artwork for all Wyatt’s solo albums since 1974, as well as for other musicians including Gravity by Fred Frith, Alice by Klimperei and Spanish Dance Troupe by Gorky’s Zygotic Mynci. She has illustrated two children’s books written by Ivor Cutler. 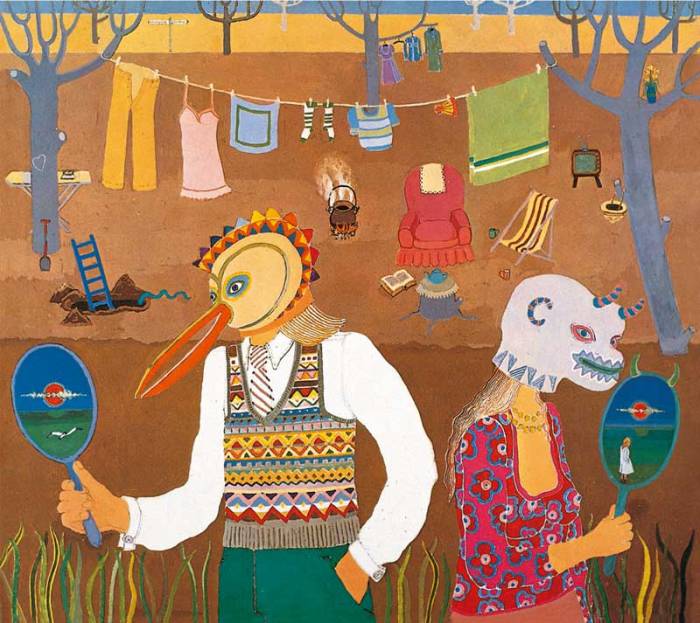