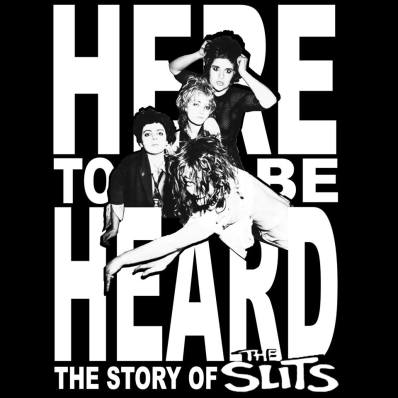 Where were we? Falling off the edge? Close to the edge? Over the edge? Sitting in a hedge? The Slits? One of the finest bands ever and for more than one reason.They were one of those bands that just stopped you the first time you heard them (probably via John Peel).

“Here to be Heard: The Story of The Slits” is a feature length documentary film about first wave British Punks, first all girl punk band, and the godmother’s of Punky Reggae The Slits, to be released Fall 2015. The film chronicles the life, art, struggle, and passion of the women involved from the bands birth in 1976 to the death of lead singer Ari Up in 2010 and beyond.

The film began as the vision of Slits lead vocalist Ari Up who wanted to see the struggle and passion of herself and the beautifully strong women around her brought to the masses. After Ari’s passing, Jennifer Shagawat enlisted the help of her longtime friend William Badgley to help her finish the film.

Now they are nearly done! The interviews are shot. The film is over half edited and now they are just seeking the final funds they need to clear the archival for the film, with great deals that are already in place”.  More from facebook.com/slitsdoc

And here’s something fresh from Brooklyn’s Clean Girls….

More of this tomorrow, maybe…..