STUCKISTS? LOLLIPOPS? SUMMER SHOWS? SWEET TOOF?  – Stuckists? I always struggled to get stuckists, as a group they had some kind of collective energy back at the end of the last century, they talked a good talk on occasion, dare I say they kind of got stuck somewhere? Then again they rather gave the impression they wanted to be stuck somewhere. One or two went on to outgrow it all as painters, never really got the need for glittering prizes, never really got the Stuckists either. Never really worked out just who or what an outsider artist is either? .Rather think most of us kind of feel like we’re outside of most things when it comes to making and showing art, not sure that not coming though the art school route (or indeed being chewed up and then thrown out at end of it all when you did go the art school route) makes you an outsider artist, and as much as I really don’t like the RA Summer Exhibition so many many reasons, surely it does rather seem one of the few things open to those who may consider themselves outsiders.  I don’t really know what an outsider artist is? I’d like to think Cultivate has always been accessible to everyone, sure we’re always picky about who we hang on the walls of Cultivate events, there again really not sure how other galleries do work these days, I guess we might be outside the outsiders? Never found the need for a manifesto, we kind of hope that the Cultivation does our talking…

East London’s Lollipop gallery is a space we like, we’ve enjoyed a show or two there so far this year. Lollipop have a Summer show opening tonight, “The Other Summer Show” is what they’ve called it, they’ve kept the line up of artists rather close to their chests, whatever Lollipop are doing they;re worth a look.  So we asked them about it, here’s what they said…  . 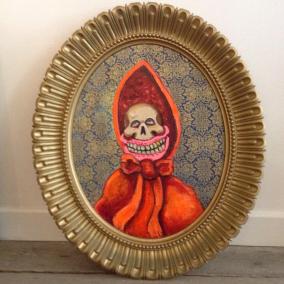 The logic of the show is this: There are many outsider artists that have real talent and are expressing themselves in really innovative and exciting ways. However, they don’t get a chance to be shown in major institutions (including even at the Royal Academy’s open call Summer Exhibition). The Lollipop team decided we would curate a group show in the democratic spirit and eclectic hanging style of the Summer Exhibition but make it less bourgeois and more open to artists who perhaps did not go through the classic art school career path. We are very excited to include work by key Stuckist artists (their manifesto is even on the Royal Academy website as one of the most important manifestos in Art History). This group has campaigned tirelessly against an overemphasis on conceptual art in Britain, in particular, since the 1990s. They advocate a return to modernist principles. They value painting above all else and they advocate that art should be authentic and personal. Lollipop Gallery stands for these things and we are delighted that they agreed to be part of our show alongside various street artists and other figurative painters. Although most of the artists in the show (such as the wildly different Sanchita Islam and Dan Kitchener) would never call themselves Stuckists we feel that everyone in the show does share much of their philosophy of what art can and should be. 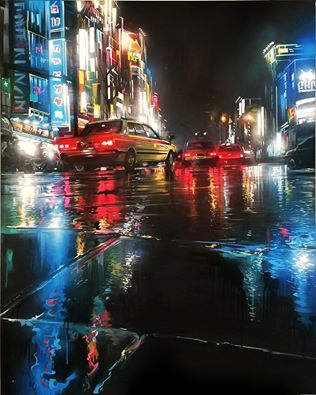 The Other Summer Exhibition is on at Lollipop Gallery from 1st August to 28th August including a late night opening tonight as part of (the now rather faded thing) that is First Thursday   Getting to: Lollipop Gallery – The gallery is a 4 minute walk from Algate East station, 9 minutes walk from Shoreditch High Street station and 12 minutes from Liverpool Street station.  Buses: The 67 stops outside of the gallery on Commercial Street..