Last year the question was who is Cecily Baker? Last week she added her colour to Cultivate’s Reveal show (an art show in a railway arch), where two of her paintings hung on the wall of of the gallery, she does keep popping up in an interesting variety of places, last weekend she ended up on… well let’s let Cecily tell her story.. .

Cecily Baker’s Britain’s Got Talent Story then…. You caught her at the opening night of the Reveal show last week right? There in the middle of it all with her paintings on the wall. I still haven’t worked out what the stalking Richard Branson thing is all about. There was clothes pegs of course, there always seems to be clothes pegs (no jump leads) and of course there was chaos getting there and a clash with something happening with Big Brother or was it breakfast TV?

Cecily Baker’s Britain’s Got Talent Story…. “Ordinary riches can be stolen; real riches cannot. In your soul are infinitely precious things that cannot be taken from you.

heck, I hope it isn’t over yet though …

Let’s just say the day didn’t go to plan but that’s the story of my life isn’t it? Paying a babysitter in advance before Christmas just so you knew the longest day ever would be covered didn’t work

She didn’t show. I mean, she never even rang to say she wasn’t coming and turned her phone off. 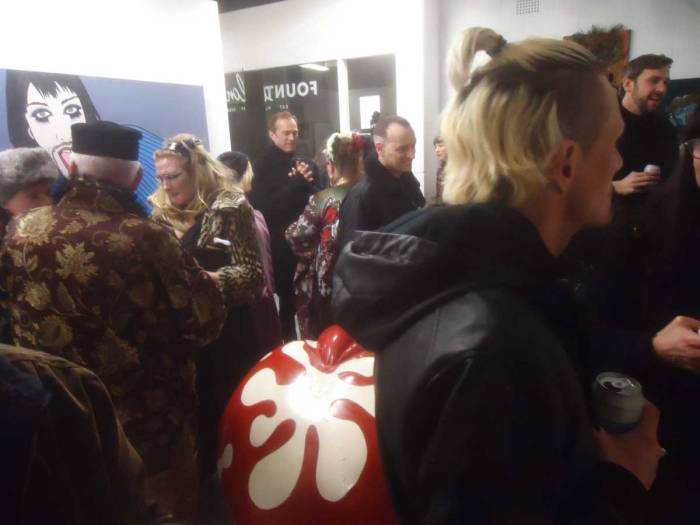 My son arrived home at eight a.m with his usual wolf pack so no way could they be in charge of a two year old… not if I wanted her to be alive. So I asked my eldest daughter to be in the house for a while until the sitter turned up.

That caused a row with her dad… er, maybe fueled a bit by his mum coming round the day before to pick up said daughter and a bloody great wedding dress was hanging in my hall.

To make it worse, I was asking her what she thought and drawing attention to it.. Yeah, she kinda gave me the look of death. I didn’t realise until the next morning that she was probably pissed because her only son is getting married next month.

I mean, you gotta admit it does look a bit bonkers me buying a wedding dress… of course after I Hodged it up the thing couldn’t have looked less bridal.. but she doesn’t know that.  I looked like the crazy ex re-living a broken dream or something at best.. at worst… well who knows what was going through her head. She wasn’t happy.

Eventually I dumped my baby at the neighbours. She was more than happy to have her but not all day and evening of course… I was stressed even before getting into the car.

Then, driving a Cinquecento to Excel was interesting…. my dress was so big and I was in fact practising my stand up (talking to myself) so I got a few bibs and beeps… people smiled once they saw the crazy nutter behind the wheel but my little car won’t go over 40 and I could barely see so was barely doing 20….. sorry drivers..

Of course the drama continued…..

I have never been to the Excel… its huge man!  Enormous. And my dress was h.e.a.v.y….

But I found the Britain’s Got Talent audition place.. mostly staff in other events and shops had been shouting where to go anyway due to my rather striking outfit.

But, I will say a massive thank you to the staff who helped me get through quicker and I nearly left maybe half a dozen times… if it wasn’t for you guys I would have done.

I got through two stages and am still waiting to hear if I get through more.

I am still laughing inside at the quizzical look from the producers who watched me audition. I mean, I don’t tell jokes… I just talk lol. Plus, with stand up you kind of need an audience or it’s just a chat isn’t it? I found it funny anyway…

I can wholeheartedly say the two different people who watched me just stared.. like, a bit shocked…. I quite like that. They were lovely though… They thought it was part of my routine when I was telling them I had four kids with different dads… no I said, it’s all true ha ha hah 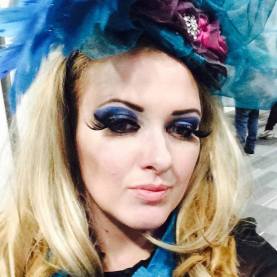 Imagine having to do their job?… I would have stabbed out my own eyes with boredom having to see so many people and pretend to be happy about it. There were literally tens of thousands of people….

I did see a bit of drama too… I know.. me? Drama?   A drunk man was swearing outside because he wasn’t allowed in… not cool to swear in front of children.  Overall I loved the experience. Apart from the nagging guilt I was in trouble at home and worry about my baby it was a fun time. Britain’s Got Talent if I get through to the next round you are soooo sorting me out a babysitter….

I guess I learned that to identify yourself as a stand up comedian people naturally assume you are going to throw tons of jokes at people… I even got a girl in my face saying “go on, entertain me”….  I like to think I am a mix between Alan Carr and Peter Kay… and just well, chat ha ha hah. So, in the end I pretended I was an Adele impersonator. I know… it tickled me.
HOW many times was I asked if I was a singer anyway… I just said yes. I’ve TOTALLY nailed the first word of “Hello” too…. SO I say live a little, dare to dream, make the effort and above all stand out. If I don’t get through at least I have my best ever dress…. I loves it.
But I do rather want to meet the Queen…. Love to you all xxx