It wasn’t the name, they were really just the next cab off the rank, the next e.mail in the never-ending queue of demanding e.mails, this four song piece of beauty has been loudly playing on on repeat here for a good few hours now. Cloak Of Organs are powerfully good, demandingly so . 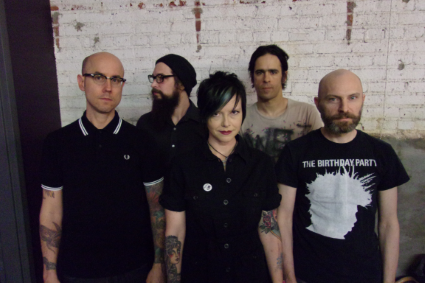 Denver’s Cloak of Sound have a massive sound, they’re a band who demand volume, this is not background music, they’re a band who demand and deserve full attention and this is a glorious four track cassette only release (well digital as well, but there is something special about a cassette tape arriving in the post don’t you think). Cloak of Organs have a powerfully brooding sound, vocalist Jennie Mather drips those words, we talking a serious significant band here, these people have previous of course, they know what they’re doing and and you really really don’t need a review from us, you just need to be asked to stop what you’re doing, give these four tracks plenty of volume and your full attention, the details of who they are and where they’re from are down there in the other side of the music (that you can down load for free via their Bandcamp page, although I’d be ordering the tape if I were you)

Mutation and betrayal: Those two themes surface repeatedly in the four songs of CLOAK OF ORGANS’ self-titled debut EP (which will be released on cassette on August 26, 2016). The band came together in early 2016, tapping into the membership of some of Denver’s most lauded outfits: Wovenhand (Deathwish Inc.), Planes Mistaken for Stars (Deathwish Inc.), Neil Michael Hagerty and the Howling Hex (Drag City), and Slim Cessna’s Auto Club (Alternative Tentacles). 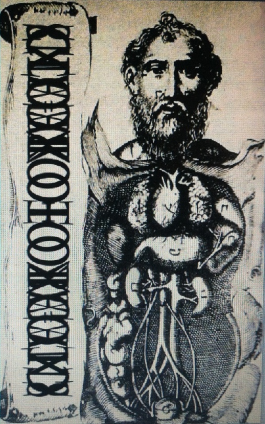 Led by the haunting, melodic vocals of Jennie Mather—who also fronts the great Denver punk band The Nervous—Cloak of Organs opts for a slower, more ethereal sound that descends into heaviness, drawing on the intimacy and vastness of Jesu, Siouxsie and the Banshees, and Jupiter-era Cave In. Mather’s day job as a hospital nurse informs her lyrics, which are steeped in the imagery of body horror and emotional desolation.

Cloak of Organs are:

And while we’re here and Summer is back and the revolution brooding can we remind you that Miraculous Mule are at the Seebright Arms here in East London this Sunday August 7th (Facebook event page) and they really are, as we might have said a few times already, something rather special live. This single takes a play or two before the brilliance of the Sound of The Summer is revealed.   “Miraculous Mule will perform a fully plugged London show for the first time in almost a year with able support from Mudlow”.