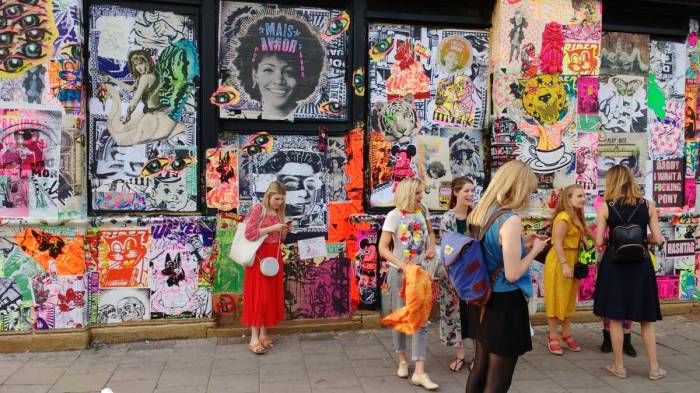 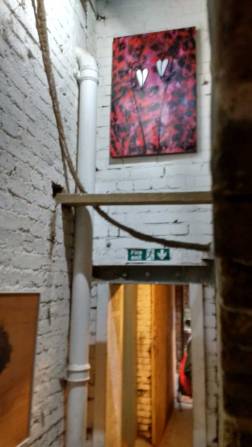 Art excites me enough to want to write about it, to erect signposts pointing the way to the energy of a rewarding painter that excite me, to bands that really matter. Art excites me, a really good gig excites me, going to see an in-your-face band gets me excited. An exciting art show thrills me, a new painting up on a street wall excites me, a new album (or a these days a new track on a soundcloud page) excites me (okay, maybe not so much whe nit comes to a soundcloud post). Going to galleries excites me, almost addictive, when’s the next one?  Art excites me, that’s why I do all this, this is why Organ has carried on (in one fractured form or another) for far (far) too long now.

Not for one tiny moment is the suggestion here that we should dumb art or the coverage of art down, to suggest that is to insult the art, the artist and most of all the audience.

What doesn’t excite me is academic bullshit and all the dancing around architecture that comes with the coverage art, the intellectual elitism and art school formality that alienates rather than invites and engages. Writers, galleries, radio presenters, publications and journalists who think their words far more important than the art or artists they’re supposedly covering (at least the late Brian Sewell has some personality and a bit of credibility to add to his self-important arrogance, I rather miss him, at least there was some vitriolic substance there).

There’s a tediously formal structure upheld by those who seem to think that writing about art and actually engaging and informing is a bad thing and that art should remain aloof, that art should remain an elitist sport. and that the coverage of art should be very very (very) academically formal, that galleries should be seemingly uninviting worlds (and no signs telling the general public where the art might be, heaven forbid no! Don’t tell them where the gallery is or that it might be actually open!). An art world only for those who like to stroke their formal chins and pontificate “in conversation” in a formal situation where the critic or writer is all, the gallery is in complete formal control and their world and word the law – the art and the artists are somewhere further down the pecking order.

Maybe somewhere along the way during their expensive middle-class masters degree on how to be an art critic they forgot how exciting it all can be? Maybe they forgot how the sight of a Norman Ackroyd piece on the wall and the sun in that piece still glistening in your head a week later can be so damn exciting? Maybe they forgot the buzz of being down the front of a Miraculous Mule gig or how a new Aida Wilde paste-up cutting through the advertising noise and estate agents boards on a street wall can be so beautifully challenging? So exciting! Or getting lost in a new release from Sea Nymphs or the prospect of a PnkSlm night next week or how the energy and excitement of Julie Umerle’s on-going series of abstract paintings last week was conveyed so well on that stark white wall in Bermondsey. Art excites me.

Art excites me, journalists who’ve forgotten the emotion and excitement of standing in front of a thrilling painting and then wanting to write about it in an excited way and instead have to present it all like some formal academic piece of stick-up-yer-arse art-school essay writing three weeks after the show bore the hell out of me, they turn me off, tedious essays.    This is 2016, the internet is our doorway, react now, share it, tell us about it! I don’t want some writer more concerned with the accepted formal way of doing it all “properly”, footnotes all in place and everything just as they were taught at art critic school, how very very unexciting, flip me, who the hell cares outside of some student trying to bluff their way through the same course you just finished? Where’s r excitement? Where’s the challenge? 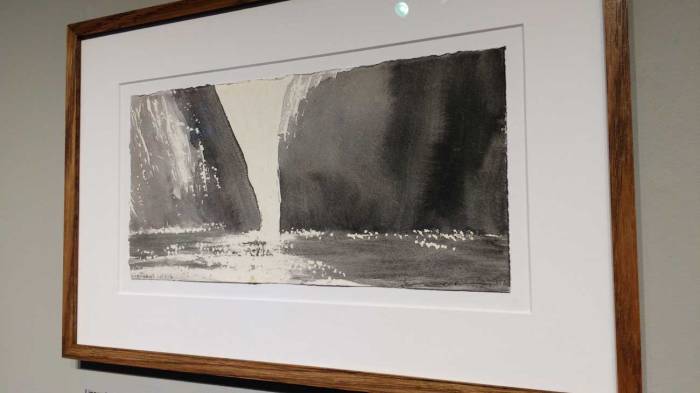 If you really so wish to substitute the excitement of art  for the art-school formality of a review conducted in the correct and proper way, and you want to moan about our way of doing it, then you really are in danger of just presenting it all as some kind of aloof elite club where most of us are made to feel like we are not welcome.   All rules must be observed, a club where the critic is “in-conversation” and where the critic is the “star” and the artist an inconvenient after thought – the me me me writer who starts bleating when their name isn’t big enough on the page or in the credits or on the event advert.  Did they really forget the thrill of it all? The adrenaline rush of an exciting piece of art? 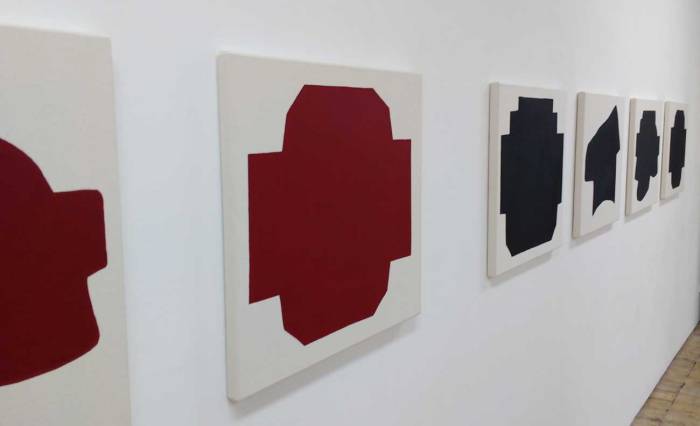 Apparently a rather formal London gallery run by (we later learned) a rather formal art magazine had a problem with a very positive review we ran on these Organ pages only last week. The problem apparently was that, even though we had links all over the review, we had links to the gallery site as well as to the show’s (uncredited) formal statement on their own gallery website, none of that was enough.  It wasn’t enough that we rushed home and stay up composing and then posting an excited review of a rather good show that was in their gallery in time for people to read it and hopefully engage with the show while the show was still actually on the walls of said gallery.  Apparently it wasn’t enough that the quotes were in quotation marks and came with the very obvious links to the gallery statement, it wasn’t enough that we were very enthusiastic about a rather exciting show and that we were encouraging people to go while the show was still happening at the rather formal Art Project Space over in Bermondsey.  None of that was enough because the small quote (that wasn’t credited on the gallery’s own website in the first place) wasn’t credited in a formal way by us and as you know there is a proper formal established way to do these things, the proper academic way, the rule of art that must be obeyed at all times. Jesuzzzzzzzzzzzzzzz h, who the hell cares?! The links were there, the words were there, thre quotation marks were there, go see the damn show before it ends, go explore the art!  No, not enough, the me me me critic needed a name up in neon, the links ot her gallery were not enough, coverage of something happening in her space was not enough, the same critic who doesn’t  ever appear to leave the white cube comfort of her formal gallery world to actually go check out anything outside of the formal oh so correct everything done the right way art bubble. I’m rather surprised she even noticed the review on the Organ page last week, I though what we said was of no importance what so ever? Why was she so bothered about some half-formed informal reviews on some website that isn’t part of her art establishment world? Sure what we say is of no importance? 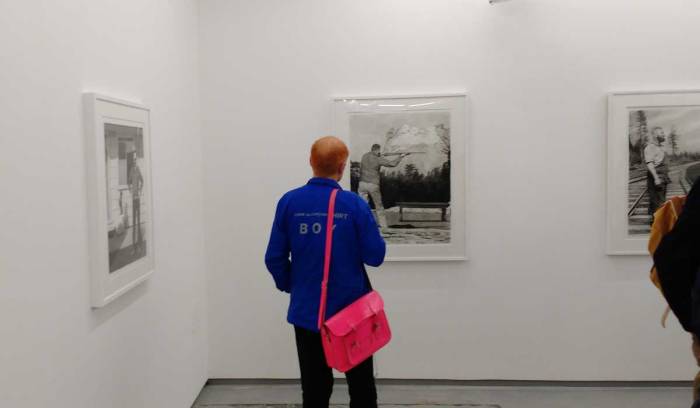 Sometimes the art media and the establishment art galleries can be so full of their self-importance and it almost feels like it might be a crime to get excited about any of it. Do not smile in the art gallery, do not show emotion, do not get excited!  Art excites me, going to art shows excites me, excited enough to want to share that excitement, it isn’t an academic exercise in formal footnotes, everything formal and proper, punctuation all in place (shall we have a full stop now?). We’re not handing it in at the end of term so it can sit collecting dust in the library for ever more, that was a damn fine show last week, the paint excited me, the process the artist went through excited me. We’ll probably go to another exciting show next week and we’ll probably have ten largers then have ten more , then gob on you, then write about it in the wrong informal fractured way again, art excites us, art school formalirt bores the hell out of me.  Wonder if Chris judge Smith has finished his new album yet? Gob on you ’cause you talk about what? I’m out of here, got another art show to go to…   (SW)

Gob on you ’cause you talk about art, enough of all that, we’ve just be interrupted by Gregory Jacobsen again, he the painter and he of Lovely Little Girls (let’s give him proper credit now, and not in a footnore either!). Here comes The Four Three – “Mike Hagedorn, trombonist for Lovely Little Girls and Cheer Accident, has a new band with Alex Perkolup and Jeff Goulet, also of Lovely Little Girls. Here is them playing the other night at Beat Kitchen. I have no idea what name to drop in order to entice you to watch and listen. just know that there is soprano trombone doubled with voice. So there”.

We really should have a footnote, maybe we’ll add one to every page from now on? Today’s footnote is a Julia Maddison piece of art, julia’s art excites…. 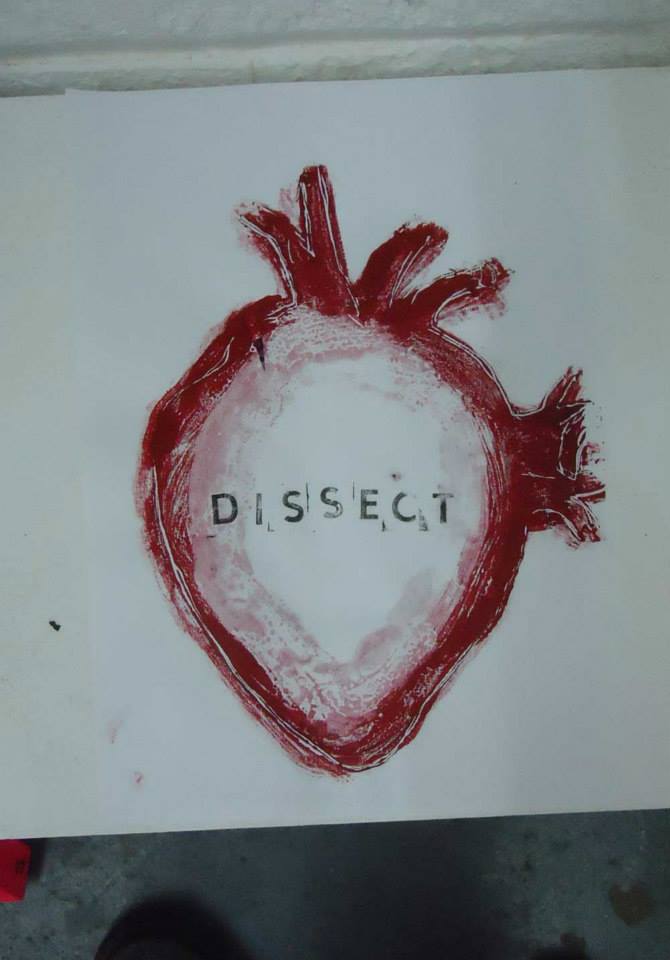 3 thoughts on “ORGAN THING: Gob on you ’cause you talk about art…”