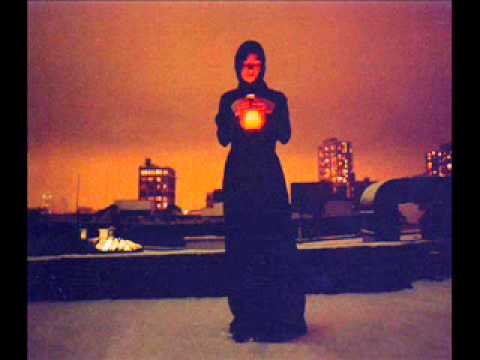 That rather fine thing that is The Afghan Whigs have posted a solo piano version of ‘Regret’, Greg Dulli’s favourite New Order song, recorded during the Black Love sessions. Black Love is twenty this year and sounding as glorious now as it did then. Must dig out the original Organ review, it really was a little unexpected when it came out and announced that there was a lot lot more to Afghan Whigs that just another American alternative rock band….

LOS ANGELES – In 1996, The Afghan Whigs were fresh off the worldwide success of Gentlemen. They had toured the world, graced magazine covers, television performances, major festivals, the works.  However, their follow up album would not be Gentlemen II. It would be a pivot and a full public display of the growth and maturity of Greg Dulli’s songwriting.  Black Love turns 20 this year, and Mute are celebrating with a special edition, out on 25 November 2016.
.
In December, The Afghan Whigs will play two of benefit shows to assist long-time Afghan Whigs, Gutter Twins and Twilight Singers guitarist Dave Rosser, who was recently diagnosed with inoperable colon cancer. The Afghan Whigs will perform Black Love in its entirety at the following benefit shows: 10 December – New Orleans – The Civic 14 December – Los Angeles – Teragram Ballroom – SOLD OUT.   For full details of the benefit shows, please visit www.theafghanwhigs.com. A donation fund has been set up for fans who cannot attend but wish to contribute to the medical care:

.
BLACK LOVE 20th ANNIVERSARY EDITION will be released as a double-CD and a triple-vinyl. Both formats include a newly remastered version of the original 11-track album, plus nine previously unreleased recordings, including demos, outtakes and studio jams.  Released in the spring of 1996, Black Love was the Afghan Whigs’ fifth studio album overall. The music was inspired by lead singer Greg Dulli’s idea to make a film noir movie. Although the film was never made, it did help inform the album’s dark tone and fuel songs like the singles ‘Honky’s Ladder’ and ‘Going To Town’. The album opener, ‘Crime Scene Part One’ was inspired by the screenplay for The Million Dollar Hotel, while ‘Blame, Etc.’ reflected on the troubled life of Temptations singer David Ruffin.
.
Black Love (20th Anniversary Edition) includes nine previously unreleased recordings. Among the standouts are acoustic versions of ‘Going To Town’ called: ‘Go To Town’ and ‘Crime Scene Part Two’. Also included is a demo for fan favourite ‘Faded’, which closed the original album, as well as a solo piano cover of the New Order classic ‘Regret’. The unreleased material also highlights the band’s creative process with ‘Mick Taylor Jam’ and ‘Wynton Kelly Jam’.
.
Billboard Magazine’s 1996 review of Black Love stated: “A romantic with a capital R, Afghan Whigs’ auteur Greg Dulli strives for high drama above all. With ’94’s Gentlemen, he and the Whigs produced an essay on the masochism of masculinity that explored characters and emotions with uncommon depth while still rocking intensely. Black Love is even more of an epic, with Dulli painting a gripping urban tableaux of temptation and trouble. Like the Stones on “Sticky Fingers,” the Whigs fuel their ambitions with the fire of great black music, fashioning rock’n’roll of symphonic sweep and elemental passion. An indelible work from a great band.”
.
Fans can look forward to new music from The Afghan Whigs in 2017. The band is currently in the studio finishing their eighth studio album, and the group’s first since 2014’s Top 40 album Do To The Beast. The forthcoming album will be released by Sub Pop Records”
.
.