Monday? Five? it really is that simple, five pieces of music or slices of band (or Polish orchestra), five things that have been encountered here at Organ during the past week or so, five slices that we feel worthy of your time. Here’s the music, the links, the sound or the video.  As always lots and lots of things have been listened to, explored, some rejected, some thrown towards the jaws of the crusher in the corner, others left on the pile to listen to again (and again) and maybe mention next Monday? or maybe tomorrow? Or maybe never… thirty years of what? 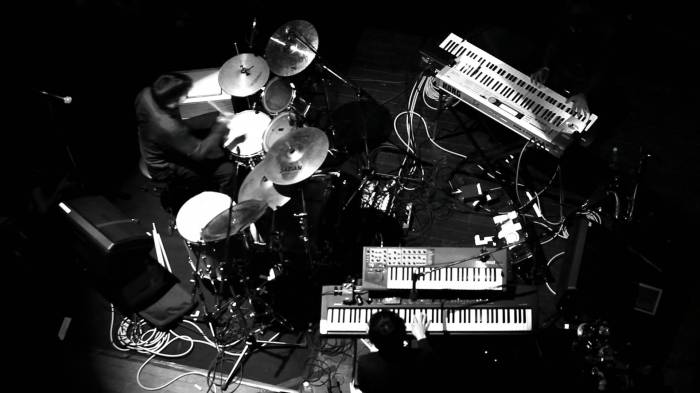 mouse on the keys

1: ZEUS! – Italian experimentalists  Zeus! have unleashed a new video, a track from the Motomonotono album. The album itself came out a couple of years ago but that is a rather satisfying new video, the work of Julie Ant at julieant.com

Here’s some Julie Ant creativity, julie Ant and a gang of animators….

2: JOHANN JOHANNSSON – “Ahead of his European tour, including the London Barbican show on Friday December 9th, Jóhann Jóhannsson has released a new ‘Song For Europa’ video. The track is taken from Johann’s recently released album ‘Orphée’. Jóhann will embark on a major European tour starting tomorrow. The programme will feature material from his recent solo album ‘Orphée’, as well as new arrangements of works from his solo catalogue. He will be joined on stage by a brand new ensemble; an amplified string quintet featuring members of the Echo collective, supported by Toti Gudnason and Stars of the Lid’s Adam Bryanbaum Wiltzie on guitar and keyboards, with Jóhannsson himself on piano and electronics.

For his London Barbican show on Friday December 9th, Jóhann will present a special concert with a choral emphasis, which reflects his current interest in working with voices. The performance will feature a mixture of music from his latest album ‘Orphée’, plus new arrangements of material from his solo catalogue, as well as premieres of choral pieces performed by Britten Sinfonia Voices conducted by Eamonn Dougan.  For the tour visual artists Stuart Bailes and Máni Sigfússon have created a bespoke light design and visual projections respectively – both commissioned specially for the tour.

3: KRISTIN HERSH –  “Now two weeks after the physical release of Kristin Hersh’s new album ‘Wyatt at the Coyote Palace’, she’s been permitted to release it online, so I have the pleasure of presenting the full album stream to you online via her own Bandcamp – it should also be made available via ITunes and other sales platforms should you wish, but Bandcamp is so ideal for streaming, isn’t it?” It does feel like something from the last decade of the previous century, but that kind of what makes her new album such a forward looking delicate set of delights and very much an album for right here, and you don’t need words, here’s the album, give it a couple of goes and it really reveal itself…  ..

4: MOUSE ON THE KEYS – “Formed in 2006 and combining elements of classical, jazz and electronic with the urgency of math-rock, hardcore and heavy metal, Japanese instrumental trio Mouse on the keys defy categorization. Based in Tokyo, the group consists of two former members of influential Japanese underground band, Nine Days Wonder: Akira Kawasaki and Atsushi Kiyota, as well as Daisuke Niitome, who has played drums and composed music for countless jazz‐funk and hip hop bands. Their unique sound, comprised of two minimally phrased pianos, two keyboards and dynamic drumming – amalgamated with the pursuit of a live experience composed of visual and audio expression – sees the trio stand at the forefront of the Japanese music scene”. 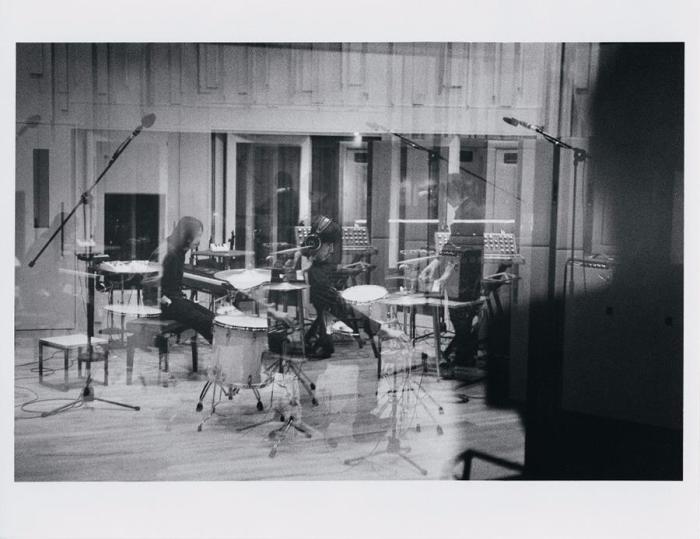 MOUSE ON THE KEYS

Mouse on the keys are well-known for blurring genres and their forthcoming release Out of Body is no exception, traversing dark and avant-garde electronica, minimalist neo-classical, whilst also continuing to develop on their math-rock tendencies with rapid-fire time signature changes, angular rhythms and melodic yet frenetic piano work. The new record sees mouse on the keys take a darker turn and carries a more sombre atmosphere than that of previous releases, as each track is centered on the macabre theme of near-death experiences. Speaking on the concept behind the new record, Akira Kawasaki said, “After the disaster of Fukushima Daiichi Nuclear Power Plant in 2011 and through my experience of suffering from asymptomatic brain infarction, I came to feel death familiar. I have been influenced by the book ‘Near-death experience’ by a Japanese journalist Takashi Tachibana and the documentary TV program about it.”  Out of Body is as dark as it is beautiful and its seamless transmutation between styles and genres is something that mouse on the keys become more confident on with every release. Out of Body is a journey through the bands emotional and mental condition on both dark and incredibly touching subjects, which evokes feelings of empathy and also attainment. This is a record that requires attention and concentration, and is one that rewards you more and more with every listen.

Mouse On The Keys’ album “Out of Body” will be available on vinyl & digitally on January 25th, 2017 from Topshelf Records. 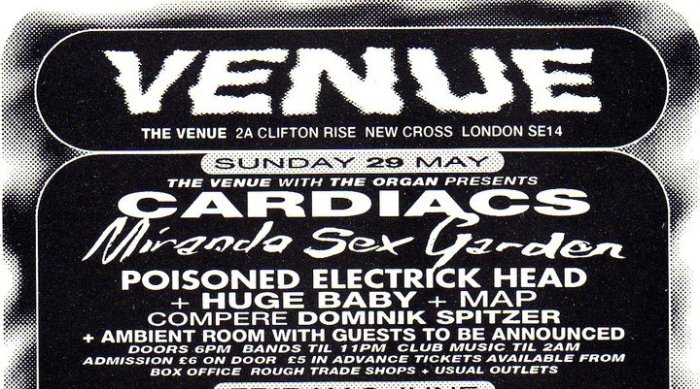 “Established in 2013 and currently having over 50 floating members, the Warsaw Improvisers Orchestra acts as a resource for musicians to meet and work in a large improvising ensemble, or in smaller units within a larger context. Spontaneous music making is our remit, but on occasion, scores both regular and graphic may be used as well as visual cues presented by visual artists.
The orchestra is a chance for people to develop a deeper understanding of the relationship of sound and how it functions. The substantial power at the orchestra’s disposal can be deployed in many ways ; sometimes raw, sometimes melodic, occasionally melancholic; rhythmical or abstract but always with a sense of purpose.
The music on this CD was recorded in early 2015 and was the biggest orchestra show we had done up to this point. Numbering 29 musicians from a variety of backgrounds and disciplines, the music composed “live in the moment”, without any preconceived intention, moves through a variety of styles. From contemporary classical to ecstatic free jazz, noise to electronica, moments of stillness to avant rock. Sounds felt at the time are combined to take the musicians and listeners on a journey where certain moods are created and emotions are felt that indicate new possibilities and directions in which to “take the music” or “let the music take you”. WIO relies on the generosity of the musicians that take part, the audience that follow us and promoters that help us – without you this would never happen. To you we give a heartfelt thanks”.
Ray Dickaty 2016

6: ANIMAL And finally, an extra slice, just because it passed our way last week, some Animal, from “Animal” (2005, Unfun Records)”