Five a day, five a week, every Monday? Just about. I don’t like Mondays, it was folly to start this Monday thing (it was folly to start this whole damn Organ thing anyway), is that really an offer of James Blunt guest list in the Organ in-box? Why? Why does any of this happen? Better than sitting in a, nah, scrub that.. Five more then, five slices of music for this week… 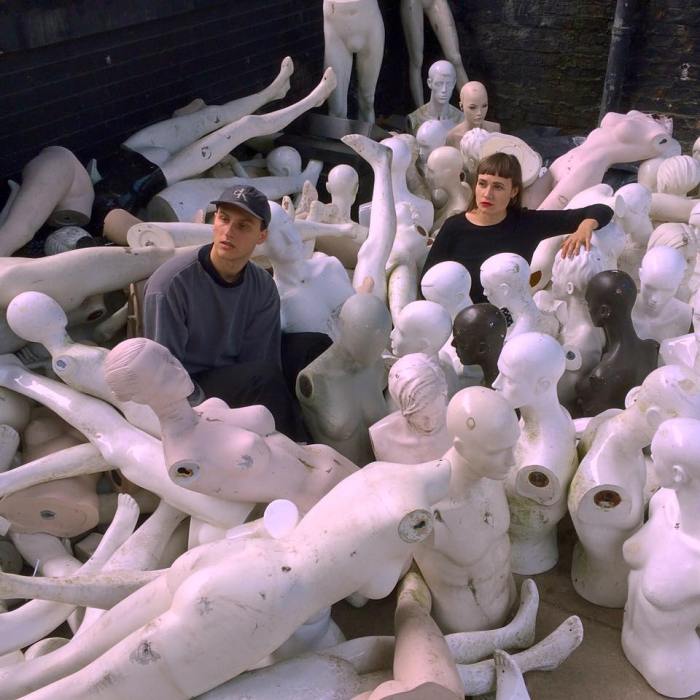 1: LUXURY DEATH have a new EP on the way, on the way on tasty ten inch pink vinyl, here’s a couple of tastes from the Manchester duo, we told you about their trepidacious sound before, here they are again (and that’s them up there) “Luxury Death is the brainchild of boyfriend/girlfriend duo Ben Thompson & Meg Williams, churning out hauntingly bittersweet lo-fi and producing a small art magazine under the same moniker”. You find them on the rather impressive PNKSLM label (“A pretty good record label ™. Based in London and Stockholm” they said, “We started as a blog. Then became a clubnight. Now we’re a label” they said, do they not know the madness that leads to? The time eating monster and the death threats to come? A fine label with a fine set of bands… .

2: JANTAR:  Some more Jantar? Why not?  “Celebrate Jantar’s recent release of their gorgeous debut LP ‘Panisperna’ on MIE by watching Ma Turner’s video…”

3: HORSE TORSO – Did we cover them before? Admiral Grey just mentioned them, they’re from Brooklyn, New York,pretty sure we’ve mentioned them before haven’t we? Here you go, two recent tracks, well worth another mention, you have the Admiral to thank for today’s delicious taste of Horse Torso…

Oh look, have some of this as well… consider it a bonus with your five

4; JOEL GION…. Now we haven’t spoken to Joel or his crazed friend Anton since that amusing death threat Mt Newcombe issued that time on stage at South By South West, I wasn’t there of course, Anton was never that brave, he was a rather unpleasant ungrateful man to work with, seemed to have very little respect for his band mates back there, didn’t he take a shot at Joel one time?  Always did like Joel though, he threw a mean tambourine out there at the front of the stage as part of the Brian Jonestown Massacre, he still does as far as I know.   here’s a solo track from Joel release today…

“As the long term percussionist of The Brian Jonestown Massacre, Joel Gion has helped pioneer the current Psychedelic Rock movement. Now as a songwriter, he steps up to the mic to deliver his own tunes”
.
5: The 180Gs say “this is only up for a short while. The whole double album record has been finished for over a year and the 180Gs just felt compelled to share one of the still-unheard tracks from this project. We took the rest of the tracks down a while ago in anticipation of the release of the record”. Enjoy it while you can…. What are they on about? A whole album of what? Where’s the link? The link and more comes soon, enjoy the track before they take it down, watch this space….
.
.
The road to madness starts with a zine, then you think maybe put out a tape, put on a gig, a piece of 7″ vinyl……

Organ, 90’s style… lots of words going off and things….