That Five on a Monday thing again, two bands from Belgium, one with a dog’s head,  some people doing things at the Old Blue Last, some people sharing a bill with Charles Hayward (fresh from Saturday’s brilliant This Is Not This Heat gig), some glam rock Druids from Ipswich, some darkly-hued synths and pulsing drum machines and well here you go, you don’t need words, you’ve got the sounds, the visuals, the links, who needs words?

1: BILLIONS OF COMRADES – “Three years after the release of their critically acclaimed debut album Grain, Tubize band Billions Of Comrades are back with a new album, Rondate These new tracks show the band’s rougher edge, while also presenting the band at its most mature and experimental. The band describes the concept of Rondate as “an impulse, that bit of energy needed to break free from a cyclical situation, to evolve and to move on”. Here’s a taste, Tubize is in Belgium, the Belgian province of Walloon Brabant…

2: DRUIDS are a three piece glam rock flavoured from Ipswich, their self titled debut album is out this week….

“English hard rock/Glam band DRUIDS will release their self-titled debut album on March 3rd 2017. The album’s catchy blend of hard rock infused with pop hooks makes for an intoxicating experience” so said someone else…..

3: MIND RAYS are in town at East London’s Old Blue Last on March 17th, the  Ghent garage punks have their debut LP Nerve Endings due out on March 24th via PNKSLM  (“A pretty good record label ™. Based in London and Stockholm” so they claim).

4: JUPITER C are also at the Old Blue Last this week, Thursday March 9th to be exact, the band “describe their sound as ruptured melodies // dissonant noise, a description presented brilliantly in their their debut EP 001 – due to be released on Geoff Barrow’s Invada Records on the third of March. Comprised of heavy drones, saturated guitar melodies and haunting female vocals, the EP is heavily influenced by the cinematic, the political and the duo’s own art practice. With darkly-hued synths and pulsing drum machines, this project is reminiscent of works by Joy Division, The Cure, The KVB and Siouxsie and The Banshees”.

“We’re playing two launch shows in support of our Invada Records EP release, due out on Friday 3rd March” said the band, the London launch is at the Old Blue Lasr, you missed their Salford launch already, unless you were thee of course (sorry)

Some more? Why not, quite a lot of substance to Jupiter-C….

5: TOMAGA “channel various forms of multi-instrumentalism into music that moves by turns through industrial, jazz, psychedelia and minimalism..”‘ You can catch Tomaga at the Jazz Cafe, Camden this Friday March 10th, support comes from This Heat man Charles Hayward, Ben Vince and Camila Fuchs

“Tomaga channel various forms of multi-instrumentalism into music that moves by turns through industrial, jazz, psychedelia and minimalism, on it’s way to somewhere wholly other. Devoted to musical exploration, this London based duo obsessively deconstruct familiar tropes, looking for the tension that lies between improvisation and form.

Their second full length album ‘The Shape Of The Dance’ was released in September 2016 and has received acclaim from far and wide. Having been invited to tour with such musical luminaries as Wire, Deerhoof and Silver Apples since their formation in 2013, Tomaga have established a reputation as one of the finest live acts around.

In autumn 2015 Tomaga were invited by Turner Contemporary Gallery in Margate to stage a performance using the artworks of Pedro Reyes: re-conditioned weapons confiscated by Mexican police from drug cartels and turned into instruments. The resulting performance will be released on a forthcoming live album. In spring 2016 Tomaga were invited to contribute a sound object to the Yoko Ono exhibition ‘Lumiere De L’aube’ at the Musee D’art Contemporain De Lyon” (Julie Tippex).

5b; CAMILA FUCHS – see no5, see Camila at the Jazz cafe on Friday (Unless you’re going ot that Idles gig that is),  if only we could be in two places at once…

That’s your five for this Monday… 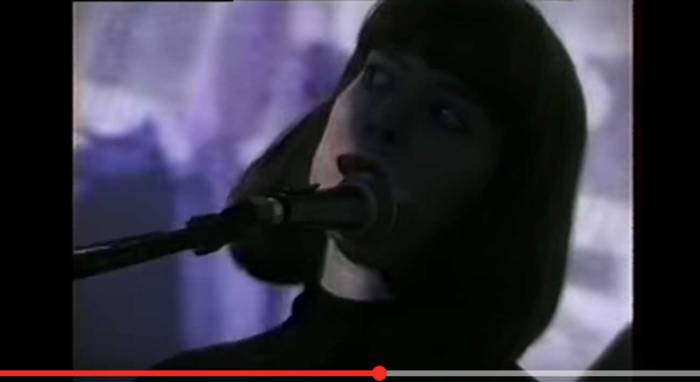