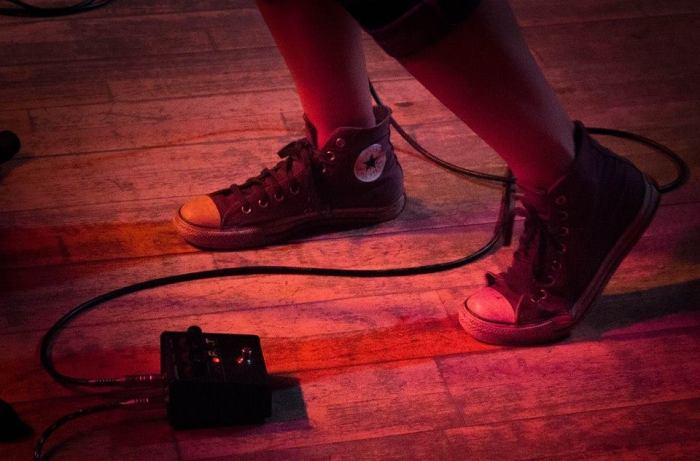 That five musical things thing, five alive, your five a day, five slices of music, you know the score by now, five musical things that have passed this way in the last few days, five things worth sharing. You’ve got a slice of music, you’ve got that vital link so you can go find out more should you wish to, not that you have to of course, if you’re happy with Muse or those godawful Foo Fighters then please move along….

1: DREAM NAILS are playing the Loud Women festival  this week, we make absolutely no apologies for covering them again this week, and as we said last week, everything about them is brilliant, anger is a positive energy….

And here’s more from the queens of the neighbourhood, okay, they probably don’t want to be called that, but you know what, they are!

Dream NailS links:  FACEBOOK / BANDCAMP / INSTAGRAM, and right now Dream Nails are crowdfunding via Pledge Music the get that next record out…

2: THE TWISTETTES are another of the many fine bands playing that excelling looking Loud Women festival in London this weekend (if only were weren’t busy with those ponies and leaf layers and things at the Art Car Boot Fair). Whole load of good bands at that festival, whole load of good attitude and positive confrontation and good good things….

3:  NICOLAS BOUGAïEFF “presents his new EP, Cognitive Resonance, on seminal British imprint NovaMute. As a producer he harbours a diverse musical background, having studied in a conservatoire setting whilst foraying into anti-authoritarian rave culture. He is also a respected lecturer, regularly teaching masterclasses in composition and speaking at global events such as Mutek and Ableton Loop – the results of which come to life in the inquisitive spirit of his productions.

Cognitive Resonance explores elements of acid, gabber and techno through a compositional lens, drawing on the artist’s love for avant-garde forms and long-standing relationship with the electronic music community.  The title track lays out long, expansive phrases and warped crescendos to create a disorienting structure, whilst distant harmonies, distorted kick drums and shattering effects merge into a hypnotic form on ‘Truthful Hyperbole’. Lastly, ‘Fake News’ mangles our sense of rhythmic familiarity, disrupting the 4/4 beat with a complex metre and sinister melody”. Listen to the title track here

4: NASTY LITTLE LONELY have a new track, or video, or song, or riff or whatever it is,. It really doesn’t matter who they are,  although if you do remember the beautifully flowing left-field colour (and the occasional bit of chaos) of Rub Ultra (or for that matter No Santa) then you might recognise Charlie B. Nasty Little Lonely have a single out via Liverpool label Loner Noise on October 13th, the first of a series of singles so they say….

5: THE CRAVATS have a new thirteen-song album, Dustbin Of Sound, on the way via Overground Records (on CD and vinyl) on 29 September 2017 (“thirty-four years to the day since the first Stop the City demonstration, don’t you know” point out our good friends at The Hippies Now Wear Black). In anticipation, check out the official video for the band’s most recent single release, The Cravats are still doing it

And we really can’t resist a repeat postings of on of the finest songs any band ever made in the history of everything good, here comes Run Me Out…

There, five, more next week, maybe…. or maybe not, who knows…