2: Glen Hansard, now this track is here as much for the rather impressive animated video, do like his soul though, and those horns. Roll on Slow is a track from his third solo album that just came out this week, or maybe it was last week or maybe it comes out next week, who knows? He has a new album out around about now, do like those Stax horns.

Hansard apparently recently revealed that “Roll On Slow was written while I was living in a former women’s refuge called the Florence Mission on Bleeker Street in NYC. My girlfriend was away in Europe and I was drinking too much. I was walking home from the Jonathan Swift bar at dawn, which was happening a few too many mornings in a row. The song is simply about missing your girl and being unable to take care of yourself.”

Directed by Piotr Kabat, “The video attempts to bridge the gap between animation and film. While it’s entirely hand-drawn, the organic and grainy look is inspired by classical movies shot on film.” Kabat added, “In terms of story we wanted to convey the vibe of a solo night out in New York. Getting kicked out of bars and hanging out in front of liquor stores ‘til sunrise just to escape from your own demons.”

Hansard embarks on a European tour in support of the new album Between Two Shores next month, beginning at the Royal Festival Hall in London on February 9th. More details via glenhansardmusic.com.

3: Peter Kernel is the name of the band, or the duo, the duo are Aris and Barbara. they’re from both Switzerland and Canada, they’ve featured on the these pages quite a few times before, we like Peter Kernel, they have a new album on the way, here’s a first taste, the first single taken from the upcoming album “The Size Of The Night”, out March 2018. Pre-order 7 inch vinyl with the unreleased song “Kanada” here.

4: Hibushibire have just announced a debut London gig at the Seebright Arms on May 6th, light years away yet, but we do like to warn you of these important things

Chris Carter’s Chemistry Lessons Volume One is populated with insistent melodic patterns and a distinct sense of wonderment at the limitless possibilities of science. “If there’s an influence on the album, it’s definitely ‘60s radiophonic,” Carter says. “Over the last few years I’ve also been listening to old English folk music, almost like a guilty pleasure, and so some of tracks on the album hark back to an almost ingrained DNA we have for those kinds of melodies. They’re not dissimilar to nursery rhymes in some ways.”

That combination of traditional music and the backing track for exciting, potential futures gives tracks like ‘Moon Two’ and ‘Tangerines’ a sheen of inquisitiveness and quiet euphoria, while ‘Modularity’ and ‘Roane’ have an anxious, sci-fi noir charm. Elsewhere skewed voices add a calming, human note to the album. Carter explains, “Sleazy and I had worked together on ways of developing a sort of artificial singing using software and hardware. This was me trying to take it a step further. I’ve taken lyrics, my own voice or people’s voices from a collection that I’d put together with Sleazy, and I’ve chopped them up and done all sorts of weird things with them.” These moments sit alongside tracks where melodies have a dissonant, noisy, awkwardness that ties the music on CCCL Volume 1 back to the Throbbing Gristle legacy.

As a founding member of Throbbing Gristle alongside Cosey Fanni Tutti, Peter ‘Sleazy’ Christopherson and Genesis Breyer P-Orridge, Chris Carter has had a significant role in the development of electronic music – a journey which has continued through his releases as one half of Chris & Cosey and Carter Tutti and a third of Carter Tutti Void – as well as with his own solo and collaborative releases.

He is also credited with the invention and production of groundbreaking electronics – from the legendary Gristleizer home-soldered effects unit through to the Dirty Carter Experimental Sound Generating Instrument and the sold-out TG One Eurorack module designed with Tiptop Audio (issued to commemorate the fortieth anniversary of Throbbing Gristle’s Second Annual Report) – Carter has created the means to make sounds as well as making the sounds themselves.

The 25-track album was recorded in Carter’s own Norfolk studio and the artwork and accompanying videos were self-created, taking cues in part from battered old experimental BBC broadcast LPs.

Despite having been worked on over an extended period between various artistic projects in a variety of different moods, situations and circumstances, CCCL Volume 1’s experiments never feel like Carter noodling around aimlessly in his studio-laboratory. Instead there is an inner coherence and a distinctively Chris Carter approach to sound and execution that showcases the sonic scientist’s restless, questing creative spirit forever scouting for new ideas. 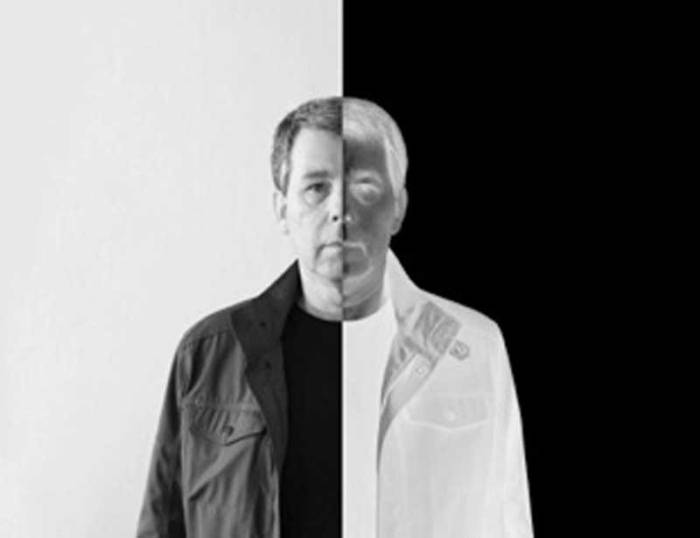