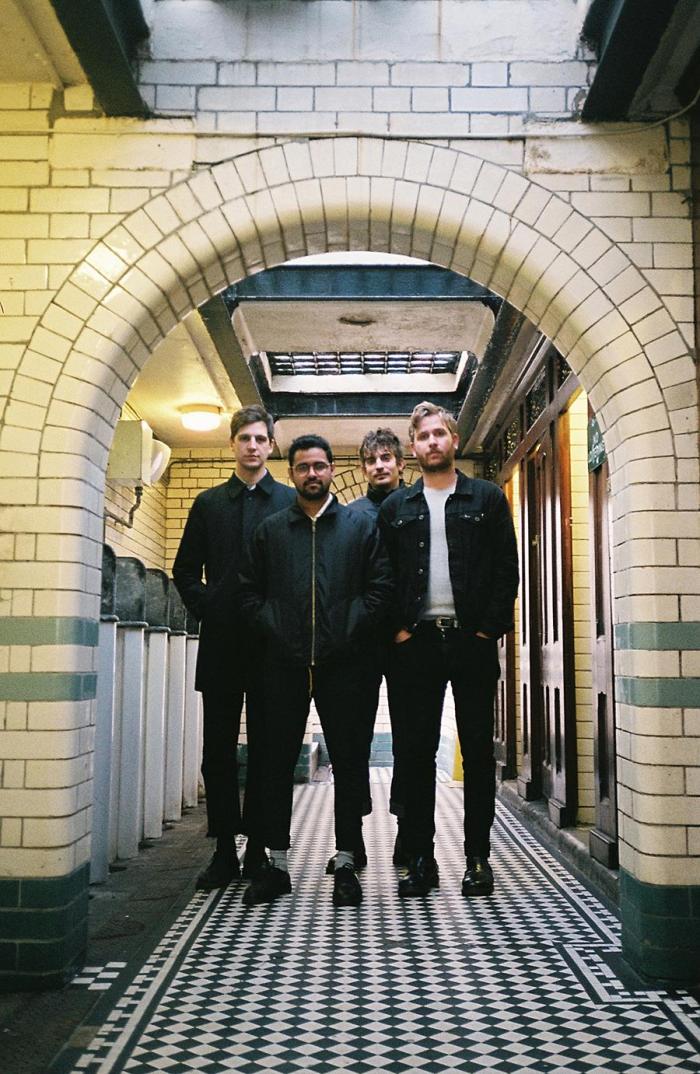 Now this first taste of the album sounds good, kind of familiar, good all the same. London’s Crows were today announced as the latest signing to Balley Records (home of Idles, Heavy Lungs, Lice and run by Idles man Joe Talbot), the band will deliver their long-awaited debut album “Silver Tongues” on March 22nd

“Chain Of Being”, is a first taste of the album to come, it is indeed wide-screen, and dare we mention that locked-on feel of later 70’s proto-punk Hawkwind flowing alongside those Joy Division baselines (we all know Hookey was a Hawkwind fan). Crows then, bring it on, we like the flow, the thrill of the new, what comes around goes around, is that the spirit of the age?

Joe Talbot said the following of his decision to sign Crows to his Balley Records label:

“I saw them play at the Louisiana in Bristol a few years ago and both the performance and the quality of their songs blew me away. Everything about them excites me; so when I heard they were looking to release an album, I had no choice but to chase them. It’s a dream to work with them.”

Crows formed in 2015 and have since built a considerable following for the intensity of their live shows which have seen the band members break bones as well as instruments. Supporting the likes of Girl Band and Wolf Alice in the past, the band will take their deafening live show on the road in support of IDLES for their sell out April tour.

With a string of successful singles and EPs under their belt, “Silver Tongues” has been a long while coming. Recorded in near total darkness to build a sense of atmosphere, the album fulfills both their early potential and confidently showcases a band comfortable across a variety of sonic avenues. From the monolithic noise-rock of the title track and opener, to the sky-scraping “Demeanour” and “Wednesday’s Child”, to the blissed-out closer “Dysphoria”, each listen reveals new layers, fresh ideas.

“Silver Tongues” is a huge step forward for the band, not only musically, but emotionally. A touring band who have been through so much already, this album rightly took time: now, both Crows and the listener can reap the rewards for their patience.

Crows will support IDLES on the following dates: