Now then, fresh from the recent Nothing is Square pt.2 show and on the eve of the latest Cultivate group show, a collection of artists, painters, sculptors, do’ers and such, a show called Insert (Title Here) at East London’s Shipton Street Gallery, we subjected painter John Gathercole to our ongoing Thirteen Questions thing… 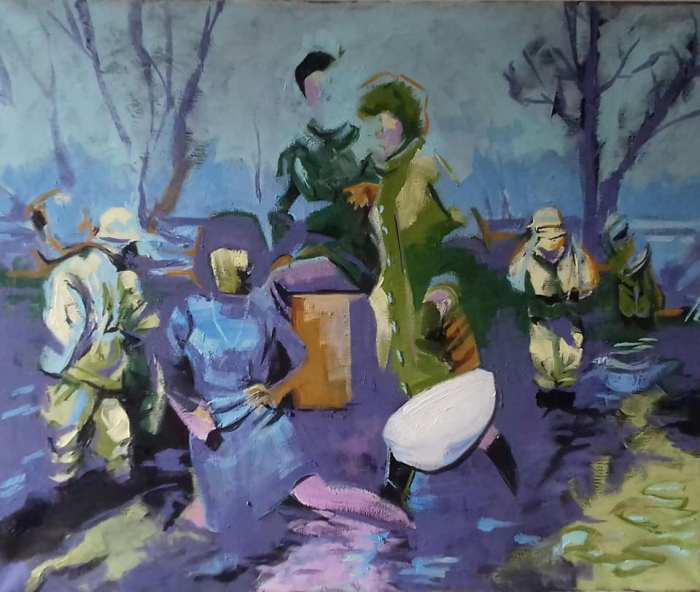 “John Gathercole has been working professionally for many years, selling and showing internationally, including both Tate Modern and Britain. Painting is his first love but initially found success as the founder of the Kreative Union of Neo-aesthetic Terrorists, (the K.U.N.T ists, a play on the German word for art). An anti aesthetic anti art punk collective that lampooned the art world.  With the Kreative Union he catechized what is considered art, exploring whether art is morally emancipating or socially engaging and what was consider art as both, good and bad, high and lowbrow. Through this they challenged the assumptions of established aesthetic criteria by employing subversive working agendas and disputing the role of the artist in society.  He they went on to open a shop/gallery, ‘The Emporium’, in East London which allowed the group to pursue a commercial artistic venture, establishing the Kuntists as a brand and entity by producing a fanzine, clothing range, art gifts and dolls and also forming a band and releasing a cd ‘Art Noises’. This saw them aligned with the final years of the Y.B.A.s, (Young British Artists)” 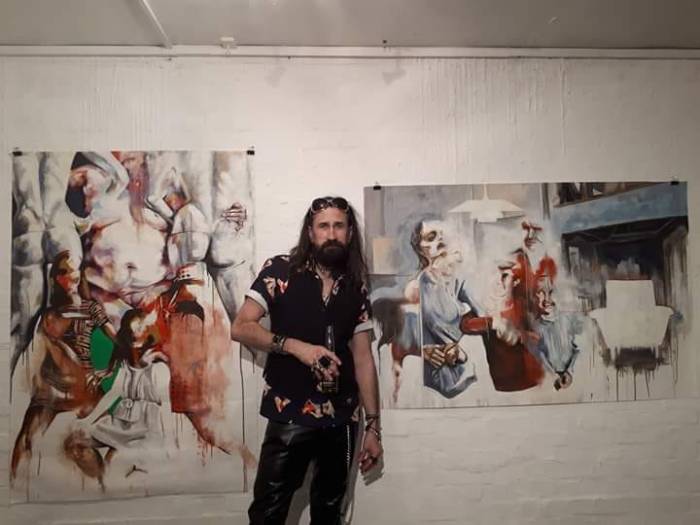 John has featured in a number of Cultivate shows in recent times, his very painterly style has been evolving in a rather rewarding way in the last couple of years, there’s a mystery to his work, a questioning, not only in terms of the questions he asks himself but a questioning of the viewer, there’s a prolificness to his current body of work, an almost rapid evolution, an excitement…

“John Gathercole’s solo work still has an irreverent attitude but now tackles more personal and deeper issues of aesthetics, cognition and media by exploring the void between beauty and reality with a blend of humour and horror, which feeds the contemporary human and social neurosis.  Challenging the perpetual human preoccupation with mortality, truth and happiness through painterly deconstructed and associated images, he develops identifiable but challenging abstract surreal narratives, asking the viewer to re-evaluate what they believe and what they just except to be aesthetically and socially true or false in this modern age of surface and fake values.  The paintings appropriate a range of influences from, philosophy, psychology, art history and popular culture including, Existentialism, Gestalt theory, Carl Rogers, Lars Elling, Kate Gottgens, Jenny Saville and Epictetus. Technically his practice has become increasingly more about paint and the act of painting, its processes and applications. Although still figurative, they have ceased to dominate the artistic plain and evolved into figures within a setting or happening or sometimes just lost in the paint itself. Less of a figure or portrait painting and more of a painting about paint with a figure or portrait as conveyor in a gestural landscape”.

They may not be the longest answers ever but that’s okay, sometimes less, as they say, is very much more. Not every painter should be forced to reveal too much of themselves, themselves, not every artist should be required to stand in a gallery and talk about there work, indeed in some cases that is the very last we as viewers of the art need, explanations are so often the enemy of a real painter, I like John Gathercole’s paintings, I like his style, I’m not entirely sure I know why, I’m not entirely sure I want to know why.  (sw) 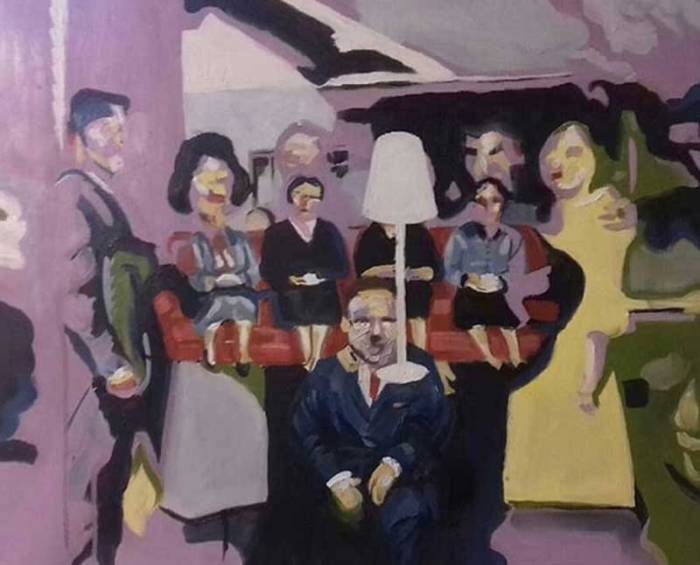 “Here are my answers. Had fun doing them….”

I am John Gathercole and I am a painter.

3: WHO OR WHAT IS EXCITING YOU RIGHT NOW?

Its the classic have an innate desire to create and need to paint, plus it helps buy me wine.

I mock up collage ideas on photoshop, only the placing of picture, I don’t manipulate the image on there, that’s for the paint to do. The idea is then transferred to either canvas or paper and rendered in oil.

6: TELL US ABOUT THE ART YOU MOST IDENTIFY WITH?

Figure painting. Anything from renaissance to Paris 1900s to Jenny Saville.

8: WHAT DO YOU DISLIKE ABOUT YOUR OWN WORK?

Not enough people buy it.

9:  WHAT HAS BEEN THE HAPPIEST MOMENT OF YOUR LIFE SO FAR?

11: WHICH SUPERPOWER WOULD YOU MOST LIKE TO HAVE AND WHY?

The power of a normal functioning brain, that would be super.

13:  WHAT IS IT ABOUT THE VOID BETWEEN BEAUTY AND REALITY?

Its a nice place to exist.

And there you have it  A selection of some of John Gathercole’s most recent work can be viewed at Cultivate’s Insert (Title Here) show at that opens on Thursday evening, Thursday March 12th, the opening isn’t one of those so called “private views”, Cultivateshows are for anyone who wants to turn up, the door is open to all… 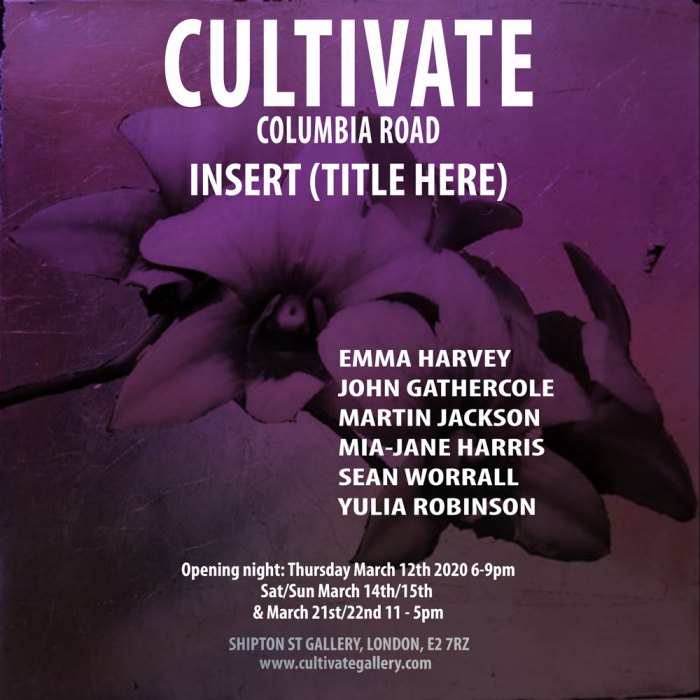 4 thoughts on “13 QUESTIONS FROM ORGAN: Painter John Gathercole’s turn – there’s a prolificness to his current body of work, an almost rapid evolution, an excitement…  ”