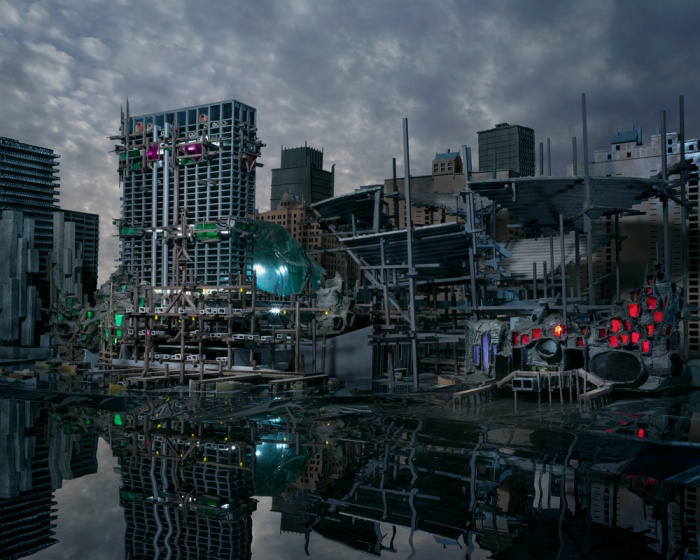 Rob Voermann at New Art Projects, April 2020 – “In this show Rob Voermann explores the idea that we live in a time marked by the dangers of a possible breakdown of society as we know it”. We were rather looking forward to going to the then new Rob Voermann show before everything suddenly closed down, we never did get to see it, what with our own Cultivate show opening on the same night and then everything having to shut down early and the park rage and the hunt for toilet roll kicking in. I’ve seen lots of galleries turn to the virtual reality tour option, or the badly lit video, I’ve seen very few that have gone anywhere near satisfying, but this video of the Rob Voermann show currently locked behind the closed doors of East London’s New Art Projects gallery, we’d rather be looking at it ourselves in the gallery of course, lingering where we need to, choosing the bits to home in on, watching a video is no real replacement but this does work a lot more than most I’ve seen over the last couple of weeks, hopefully we do get to see the show in the flesh at some point soon, been almost a month since we went to an opening of an art show now (sw)

Meanwhile The recent Cultivate Gallery on-line show #43Artists will have been live for two weeks at 8pm tonight, it has now been viewed by just over 40,000 visitors since it opened back on the evening of April 2nd. The show that features, as you might expect, 43 artists, and just over 250 pieces of work can still be viewed here on-line, indeed there are no plans to take it down, in fact all seven of Cultivate’s on-line shows can be viewed via the Organ website. Cultivate is mostly about physical gallery shows of course, on-line shows are something that aren’t seen as a replacement, just something that fits in alongside what we do The next on-line show, according to page 43 of Vivian Goldman’s excellent book Revenge of The She Punks is to be called “(Far From The) Turmoil”, it was the second book to hand, the first didn’t offer up anything in terms of a title, Vivian did though. I imagine the 8th Cultivate on-line exhibition will happen in May, I expect we shall start work on in any moment now, in fact this announcement means we have now started working on the next one. I imagine it will open Thursday May 14th. If you haven’t checked out the previous show, then the the link is in the comments, I expect we shall have an open call element again and you should be able to find the details on the Cultivate Open Call page later on today or maybe tomorrow… 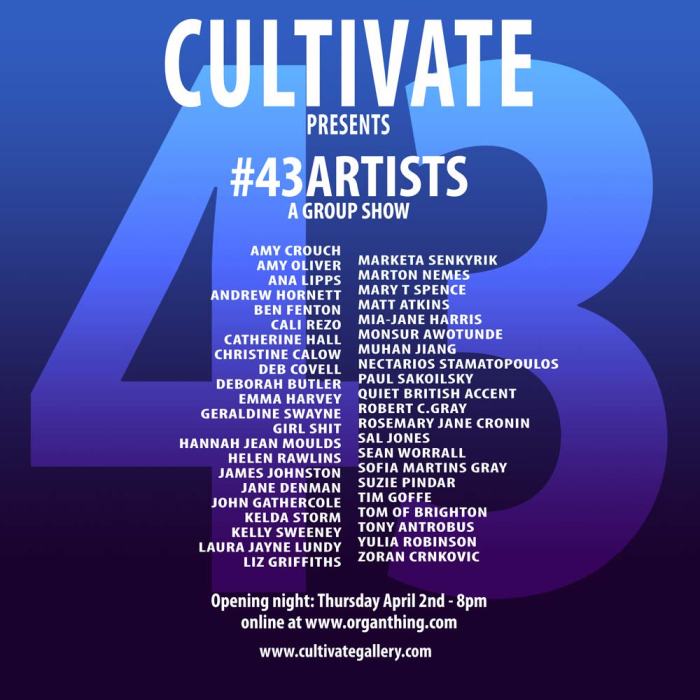