THING OF THE DAY….no time today, here’s a new NICK CAVE video and news of a new Nick Cave film and a on e hundred pieced painting and First Thursday in East London and Vyner Street, busy say, not time for Organ things today, today is for Cultivation…

Nick Cave & The Bad Seeds unveil their new video for “Higgs Boson Blues,” one of many highlights from their acclaimed album of the year, Push the Sky Away. This captivating live video, directed by Iain Forsyth and Jane Pollard features a new version of “ Higgs Boson Blues” recorded live on location at the band’s video shoot at London’s Three Mills Studios.

Nick Cave’s upcoming film 20,000 Days on Earth is set to make its debut next month at the 2014 Sundance Film Festival in Park City, Utah. 20,000 Days on Earth is also directed by Forsyth and Pollard and portrays a fictionalized 24 hours in the life of Nick Cave. The film was inspired by a calculation Nick had made in his songwriting notebook working out his time on earth. Forsyth and Pollard have taken this and from it crafted an innovative and powerful film that takes us inside Nick’s artistic process and celebrates creativity.

Nick Cave & The Bad Seeds fourth live album, Live from KCRW was released on Monday to great acclaim. Featuring a stripped-down band (Nick Cave, Warren Ellis, Martyn Casey, Jim Sclavunos and Barry Adamson) performing tracks from Push the Sky Away plus excellent reworkings of classics. The album highlights an astonishing gift for self-renewal and points to exciting times ahead.

The THIRD and final ONE HUNDRED PIECED PIECE is all painted, numbered, and ready for December First Thursday at Cultivate

4th December, 2013 – THE THIRD (and final) 100 PIECED PIECE. 100 pieces of painted cardboard, all painted at the same time, all on cardboard found thrown out in Vyner Street, East London. This is one piece of work, a piece that consists of one hundred parts, each part to either be sold at Cultivate during the Art Is For Life show (that runs to 8th December), at a price of £1 per part, or left out on the streets around East London as free art. (Sean Worrall) 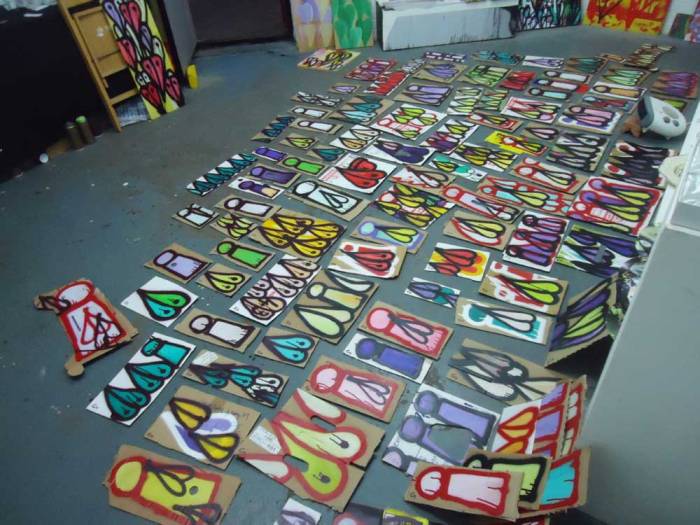 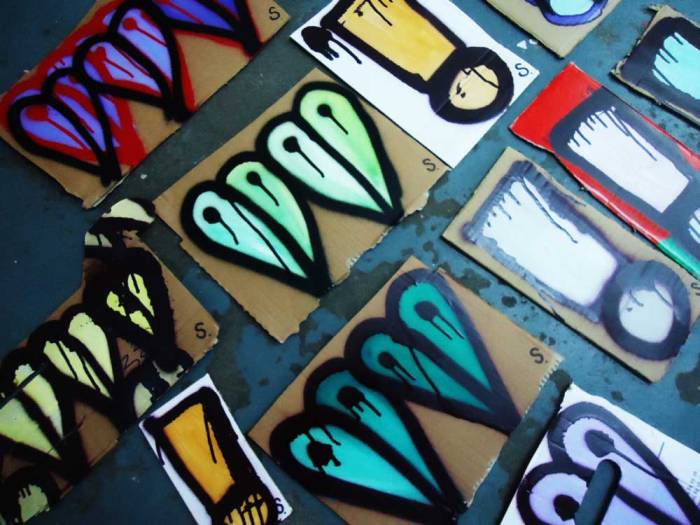