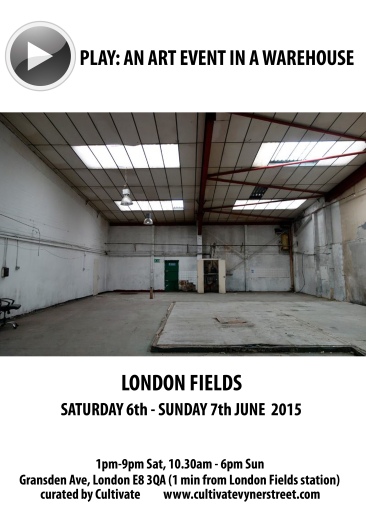 Play will be a two day show in an East London Warehouse, A big empty warehouse, right by London Fields.  The exhibition happens of Saturday 6th June and Sunday 7th June

What is Play about then? Simple really, a coming together, an art show, an art event and the gathering of artists to create an art exhibition in a soon to be pulled down East London warehouse.  At the start of this year Cultivate, our art space in Vyner Street, closed. The space closed with very little warning, another victim of the property developers, we know it was coming (we thought we might have a little more warning). Of course the current climate, the cultural destruction and gentrification of London makes it tougher for artists to finds spaces and make things happen ourselves, the playground of empty buildings and unwanted spaces enjoyed by the YBAs back in the 90’s are all but gone now, finding rooms to play in is becoming tougher and tougher. Art spaces, like music venues are either being pulled down by uncaring property developers or converted in to hideously expensive gastro coffee pimping soul-sucking food-troughs for those lucky enough to be able to afford to live in this city, so when we find a place we’re going to play.. 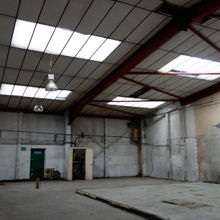 A blank canvas of a warehouse

Play is a show curated by Sean Worrall and Emma Harvey from the new evolving thing that is Cultivate  “it is essentially about carefully selected artists coming together and doing it, we are being very picky about who we invite to take part and and the show will be balanced and considered, but this is essentially artists coming together for a DIY punk rock style weekend art exhibition in a disused East London warehouse.. The vibe of this show is very much along the lines of shows like the Chinese Opens or the recent Broadway Pop Up”

Shows like this year’s Chinese Open and the events over at Broadway Studios (over in Tooting) as well as events like last year’s We Could Not Agree show in that underground car park that was generally acknowledged as the best thing to happen in London during Frieze week, the left-field art events that tend not to be in formal spaces, places and spaces where artists come together to (almost defiantly) make it happen themselves.

There’s an Organ interview on the subject of last year’s We Could Not Agree show with one of the curators, Vanya Balogh here and there’s a film of that show, a film made by Marina Organ, just there (a video photographed and animated on the opening night last year).  There’s 164 photos from the We Could Not Agree opening night here and some more from a second visit here. Play will take the spirit of those shows in the carparks and alternative spaces and blend it with the maiximalism that was the three years of Cultivate in Vyner Street (as well as previous Cultivate curated events such as the Stinging Netil)

Play will be a two day show in an East London Warehouse, Gransden Avenue, E8 3QA. A big empty warehouse, right by London Fields and a minute from London Fields railway station, Broadway Market and the rest of it. The exhibition happens of Saturday 6th June and Sunday 7th June. The show opens at 1pm on Saturday and runs until 9pm, and then 10.30am until 6pm on Sunday.  The Facebook event page is here for those who need such things

if you missed it when it went out live, the News Agents radio show interview where we talk about art, about Play, about Cultivate, the London art scene, the beauty of Huge Baby, running a record label, painting leaves (that some may see in other ways), art drops, affordable art, exclamations, artists being proactive and doing it themselves, community, Peter Predergast and more, the interview on line to listen to in your own time should you wish to.

Here’s a taste of some of the artists, click on an image to enlarge or run the slide show 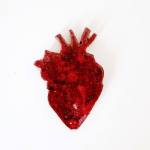 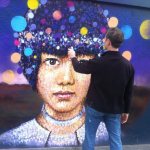 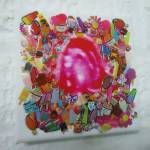 The Wall of Gold

More of this tomorrow……. maybe

3 thoughts on “ORGAN PREVIEW: PLAY, AN ART EVENT IN A WAREHOUSE”