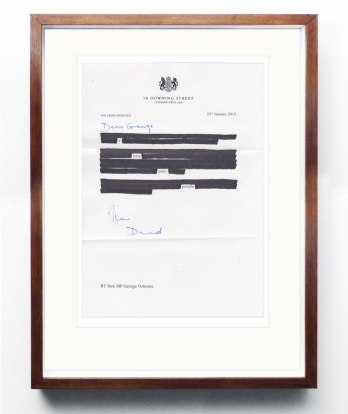 And so, The Connor Brothers open up at show at Hang Up tomorrow night, and it seems Nadya Tolokonnikova from the Russian activist group Pussy Riot will be taking part…..

“Hi, Tomorrow sees the opening of The Connor Brothers show So It Goes… at our new Hang-Up Gallery space. The exhibition features works from the artists Pulp Fiction series alongside leaked documents by ————-   ( please see below ), as well as information about their ongoing work in ‘The Jungle’ refugee camp in Calais.

We are pleased that Nadya Tolokonnikova from the Russian activist group Pussy Riot will be in attendance and giving a short talk on the refugee crisis and Pussy Riot’s collaboration with The Connor Brothers building shelters in The Jungle.   The evening will also see the premiere of Pussy Riot’s new music video, ‘Refugees In’ filmed at Banksy’s Dismaland exhibition closing ceremony. Best Regards”  Hang-Up

Apparently work is already selling in advance, so get on to the gallery website if you want t ograb an advanced catalogue and have a look….

Hang Up can now be found at 81 Stoke Newington Road, London, N16 8D 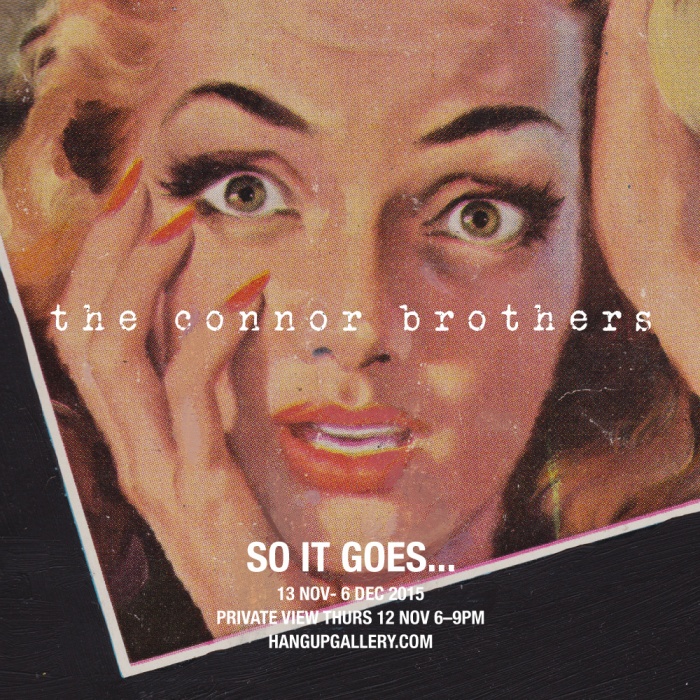 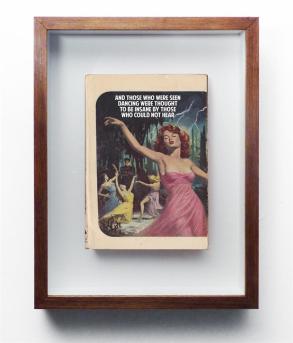 “Hang-Up are proud to announce the official opening of their new gallery space with the inaugural exhibition ‘So It Goes…’ by The Connor Brothers.

‘So It Goes…’ features new work from the artist’s notorious and much sought after Pulp Fiction series, which explores the porous boundary between reality and fiction. The duo have created an exclusive collection of original hand painted Pulp Fiction paperbacks, original canvas works and hand painted limited editions that reflect their interest in how our understanding of the world is formed by the narratives we tell about it.

Following a series of sell out exhibitions from Los Angeles to Sydney, these internationally acclaimed artists are back in London with not only a new body of work, but a new cause – the foundation on an NGO in association with the artists’ friends and collaborators Pussy Riot. The new show will combine reality and fiction with an installation detailing their experiences in ‘The Jungle’ refugee camp in Calais. Hang-Up will be releasing a third limited edition charity print to raise further funds to build additional shelters when they return to The Jungle with Pussy Riot in December.