Can’t be avoided, can’t pretend it hasn’t happened, It has to be called as seen or heard, and especially when something or someone or someband or somesuchthing who you’ve championed so much goes and slightly lets you down. It has to be said, not massively impressed with the politeness of the Sound Of Summer, it sounds like an awfully well-behaved night of burning and looting and people politely taking to the streets. Certainly  not that Perfect Piece of Trash we almost demand now, the sound of revolution crushed?  Sure, it is a big groove, it probably would be on the lips of everyone you meet if the music radio stations of this land were actually anywhere near any damn good, it is a poppy piece of earworming, the sunny burning and the looting and taking without asking, and they don’t care if it is indeed right or wrong, legislation rush? Dreams turned to rust or dust or oh, look, in a righteous world it really would be the sound of the summer, and people like me would sit in corners moaning and boring about how what they’re doing now is nowhere near as good as their early stuff when only three people gave two hoots? What happened? Did someone switch their drugs? Did London finally wear them down? Or the fact that there is no summer, the summer has made a brexit with Dave and the sunshine and no, this can’t be right? Surely this is just a blip, surely the b-side we haven’t heard yet will be a gloriously perfect piece of trash? And the sun will come out and Angela Eagle will go away and ice cream will once again melt and shirt crimes will be punished and the coffee shops will all close down and oh well, they’ll be back won’t they?  They didn’t take it to their shack and cleaned it all up too much? They didn’t take that perfect piece of trash and let it get torn to pieces did they? it was a perfect piece of trash, what is fugging wrong with you?  Where is the damn summer? Will it ever stop raining?  STOP PRESS: Forget all that…here’s the real real thing, it is the real thing, might just be their best moment yet, damn them mules!

ALBUM REVIEW: The Amorettes – White Hot Heat  (Off Yer Rocka Recordings) – Meanwhile over there, The Amorettes have just gone and properly nailed it, they’ve been threatening to properly nail it for ages for ages, we’ve been lurking around waiting for them to up their game and to be “the bomb” and “smash it”. Whooops no, that won’t do! Edinburgh’s finest do not mess about and they don’t need all that tediously dumb “this is the bomb” street art talk that’s currently making us want to punch out lights outside London’s basement art spaces right now. (what the hell is it about the street art scene in London that causes so many people to talk so much crap?!).  No faking it here, eyes right on the prize, The Amorettes just made the album they’ve been threatening they just might make for a couple of years now.  Been waiting to say it since that first demo landed a few of years back, they’ve been almost there for ages, the reputation has been building, lots of hard hard roadwork and gigs in dumps and sticking to it, the sound of The Amorettes has been building, the power has been amping up, the confident swagger has been hard earned, they’ve been on the edge and threatening to do this for ages. Bang! They deserve the lot now! The Amorettes just exploded, this is a massive album, a massive sound, this is properly nailed!  This is no messing unapologetic fists in the air metal, and yes, if its too loud turn it up even louder! This is a the sound of a raw hungry band, a fresh band who know they suddenly got “it”, this is The Amorettes giving it all they got, taking all the shots, d owe need to labour the point we’re making?  Nothing dumb about the proper art of hard rock and these three people from Edinburgh really have just nailed it good and proper, this is high art, and this might just be the best thing to drop down from planet hard rock since that first Airborne album fell to earth back there.   And that there raw and righteous riff right there on the closing song (don’t ask me for song tittles, we listening to an illegally posted copy) is pure Power Age Malcolm Young, Bon Scott good! Come on come on come on! Now this really is the sound of the summer! THe debut album Game On was almost the bomb, not quite, almost, we chose not to say anything much about The Game, it was a dangerous near to being an almost nearly there debut album, this new album just smashed it and more, this new album really is the bomb, the White Hot Heat of summer 2016 indeed! .

The new Amorettes album is out sometime around about now, don’t ask us, things really aren’t that clear, we did share the video a few days back, I guess you can get more via The Amorettes  although, just like everyone else, their Facebook is a little more up-to-date that their official site. And there’s what is almost certainly an illegal post of the full album so you can hear we’re right again, you know you can trust your Organ. Do go out and buy the album though, thought thing surviving in a band or running a record label these days. The album is out of the bottle, up on line and on social media, so what the hell, here it is

Oh look, make your own mind up, this is the new single from Miraculous Mule, “‘Sound of the Summer’ starts out as a paean to long hot summer days and hot sticky nights before morphing into something darker as it details summer riots, insurrection and the death of protest. Please feel free to like, share and comment”. (we’ll make no comment about those shirts and that artwork!), this is the sound of the summer…

the best piece of art in that Displacement show….

And the sound of summer 1997, actually by 97 some might say that Huge Baby had lost some of that alchemy – ORGAN THING: Nevermind the blur of all that 20 years ago Britpop bollocks, 20 years ago the greatest band you never heard of happened right here in brit-pop-infested London

And the sound of summer in London back 1993

And actually, this has mostly been sound of this summer in here in the bunker with the leaves and the growth and the sharpening of the H2Bs and……. 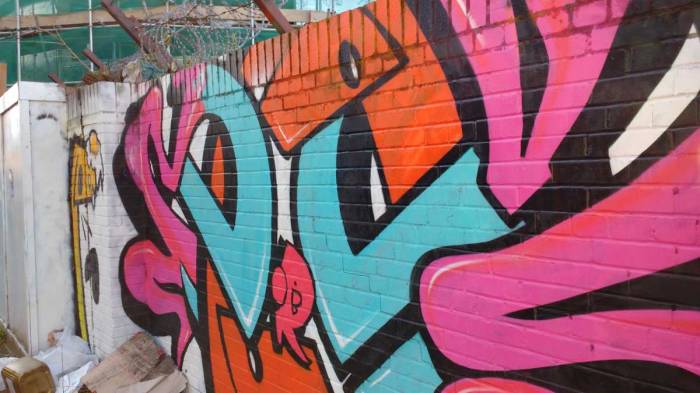