We have mentioned this before, it was some time ago though, looks like the Poly Styrene film is really coming together now.  On the other side of that rather fine photo of Poly you’ll find a cut ‘n paste of the press release.  yeah, I know, a lazy press release but hey, if you don’t love X-Rey Spex you’re surely not alive, and the press release does the job and oh bondage up yours….

“To coincide with the 40th anniversary of the seminal X-Ray Spex album ‘Germfree Adolescents’, a new film titled Poly Styrene: I Am A Cliché is in the works.

Fund-raising begins today via Indiegogo, with a cinema release date set for November 2018.

Bi-racial, female, working class and possessing one of the most satirical perspectives in punk, X-Ray Spex founder Poly Styrene was, as Billboard proclaimed, “one of the least conventional front-persons in rock history”.

Poly was responsible for some of the most original, intelligent and exciting music of the punk era and beyond, but away from the songs, the look and that warrior-cry voice, her fascinating and sometimes frightening story, incorporating struggles with misogyny, racism and mental health issues, has remained largely untold. Until now.

“Poly Styrene remains one of the most original and dynamic voices in popular culture. We’re aiming to make a film that reflects her effervescent and vivid life, and provide a fitting cinematic tribute to her legacy as an artist and icon.” Paul Sng, Director

In this feature-length documentary, the jigsaw pieces of Poly’s life will be brought together for the first time. Original interviews, new research and previously unseen archive material are combined to present a thrilling, poetic and at times impressionistic portrait of a singer, seeker and mother. Underscored with Poly’s music from throughout her career, I Am A Cliché celebrates one of punk’s most uncompromising icons.

“We have an opportunity to celebrate an artist, a satirist, a free-thinking feminist and a serious style pioneer, but ultimately the thread running through the film will be the deep, enduring connection between a mother and her daughter.” Zoë Howe, Co-Writer

Co-written and narrated by Poly’s daughter Celeste Bell, the film will examine the past through the lens of the present, by revisiting pivotal moments and significant spaces in Poly’s history, while at the same time raising awareness of the issues she struggled with – and rose above – throughout her life. 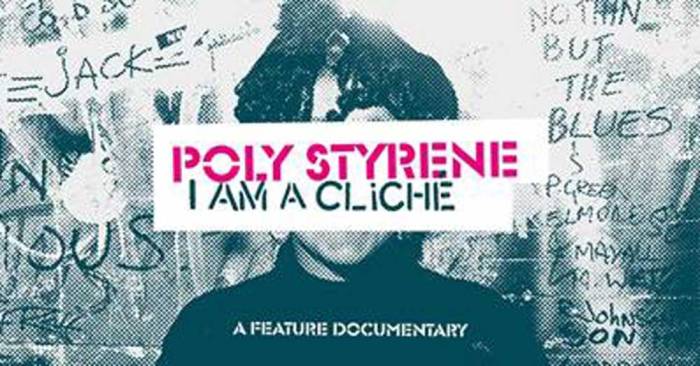 “This film will be a celebration of the life and work of my mother, an artist who deserves to be recognised as one of the greatest front women of all time; a little girl with a big voice whose words are more relevant than ever.” Celeste Bell, Narrator and Co-Writer

I Am A Cliché director Paul Sng has previously won widespread acclaim for his film Sleaford Mods – Invisible Britain. The film will be co-written by Poly’s daughter Celeste Bell and author and musician Zoë Howe, whose renowned music biographies include Typical Girls? The Story of The Slits, Barbed Wire Kisses – The Jesus and Mary Chain Story and Wilko Johnson – Looking Back At Me. Zoë and Celeste are also currently working on an accompanying Poly Styrene biography, due via Omnibus Press in November 2018″.

One thought on “ORGAN THING: A new film titled Poly Styrene I Am A Cliché is in the works…”