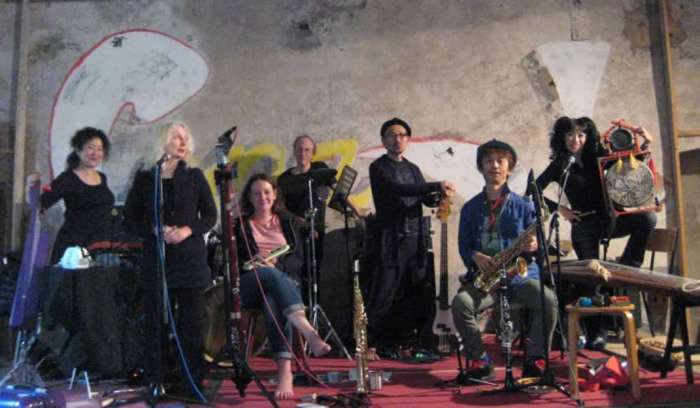 Half the Sky present a selection of Lindsay Cooper’s compositions for the groups Henry Cow and News From Babel and Music for Films at London’s Cafe Oto this Thursday June 22nd.  Cafe OTO is at 18–22 Ashwin street, Dalston, London, E8 3DL

Half the Sky present a selection of Lindsay Cooper’s compositions for the groups Henry Cow and News From Babel and Music for Films, 1978 – 1982.

ABOUT LINDSAY COOPER:   Lindsay Cooper (1951-2013) brought the bassoon and the compositional techniques of 20th century art music into the world of ‘70s experimental rock. She was a musical polyglot, equally fluent in classical, rock, jazz, and free improvisation and the author of many film and theatre soundtracks. She was a member of the groups Comus, Henry Cow, National Health, David Thomas and the Pedestrians and the Mike Westbrook Orchestra. She co-founded News from Babel and the Feminist Improvising Group and led her own projects Music for Films and Oh Moscow. She lived for many years with multiple sclerosis, which eventually forced her to retire from performing in the 1990s.

HISTORY:  ‘Women hold up half the sky’ – Mao Tse Tung.   Inspired by the memorial concert at the Barbican featuring the original groups (Henry Cow, News From Babel, Oh Moscow and Music for Films) Yumi Hara put this virtuoso ensemble together in 2015 to play Lindsay Cooper’s music in Japan. This led to further concerts and an invitation to France, when Dagmar Krause became involved. Half the Sky exists to play Lindsay’s music in the spirit in which it was written, as a band and not as a museum project. The gender split follows Lindsay’s general practice and the example of the original bands – Henry Cow (50% female) and News from Babel (75% female).