This five art things then? Another five more recommended art events and such that you might like ot go check out, five art events, five things, mostly London things for that is where we dwell, five things that have been brought to our attention that we feel are worth sharing and bring to your attention, simple really… here, with out any opinionated editorial this time, you go. Never mind the Jacksons, Art excites….

Blase House is at 55 Wallis Road, Hackney Wick, London, E9 5LH The show opens on Friday 8th Dec, 8pm to 11pm, the show the nrunsa through the weekend until December 10th. 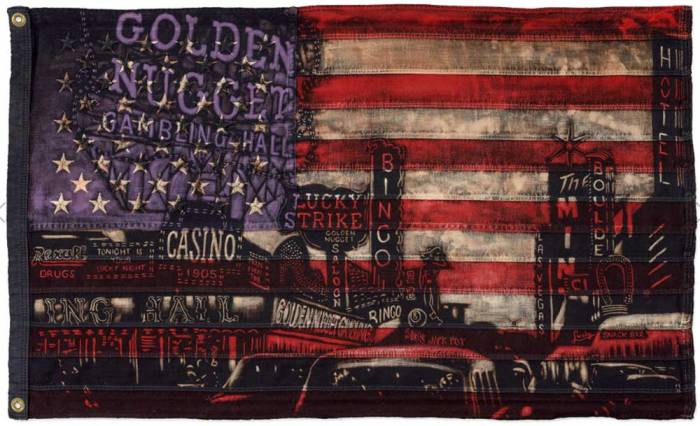 2:  Pam Glew – “Nocturnes” opens on the evening of December 12th at The Exhibitionist Hotel, 8-10 Queensberry Place, London SW7 2EA –  “This exhibition will reveal the new work by British artist Pam Glew. Focusing on alchemy and the maker, the exhibition is mystically titled ‘Nocturnes’. Each piece, delicately crafted within a Japanese Kimono, demonstrates Glew’s new, complex production techniques that challenge our notions of consumerism verses environmental governance. Famous for her unique bleaching technique on vintage flags and fabric, antique American quilts, brocade and old jeans that are dyed black and painted freehand with bleach, this show will explore works created in the artist studio over the past 5 years. Pam Glew’s portraits slowly develop in the layering bleaching process resulting in a ghostly image emerging from the fabric. This will be the first time the artist will be showing her Kimono works to the public.” Do rather like Pam’s work, really not sure how “unique” that bleaching technique is, any contemporary art inclined textile designer worth their rust resists will tell you about bleaching techniques, discharge printing, the delight of removing paint from canvas and the rest, it is an exciting process, she does use those techniques well. it makes for some beautiful marks, makes for some rather stylish Paw Glew pop art imagery colour and texture, not unique but stylish work that is rather recognisable as hers.. The show runs at the hotel until February 15th 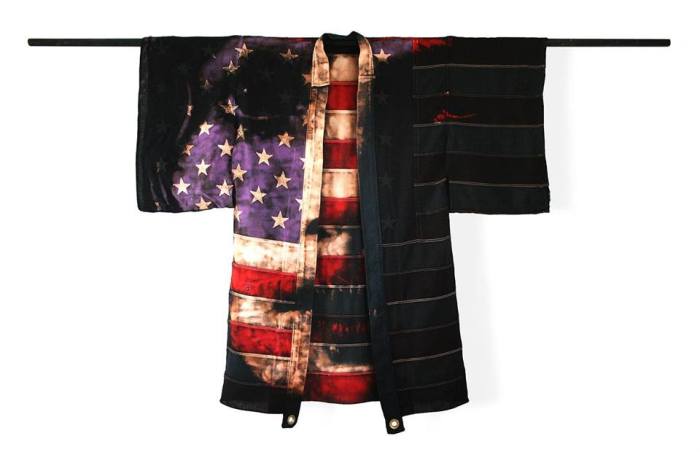 The image up there is Pam Glew’s “American Nocturne Kimono” (2017) – 92 cm wide x 88 cm height. Bleaching techniques and dye on Vintage American flag – “The ‘Kimono’ is made from one vintage American flag by the artist. The original vintage flag is appliqué, with sewn stars and sewn stripes, made of linen/ cotton. The collar of the kimono is made from the side panel of the flag, with rivets from where the flag would have originally been tied. Displayed with a hanging pole”.

3: Dani Ploeger: Fronterlebnis –  The show opens tonight (assuming you are reading this on the day it was posted, if not will you missed the opening but it does run on into next year) –  “Arebyte are pleased to present fronterlebnis by Dani Ploeger.  In 2017, Ploeger made several journeys across Europe to examine the co-existence of conventional weapons and digital culture in everyday life. fronterlebnis – the title refers to Ernst Jünger’s proto-fascist concept of the ‘front experience’ – brings together work in different media that emerged from an encounter with soldiers on the frontline in the Donbass War in Ukraine.

[Now] we have the strict inhumanity of technological murder and the bureaucratic surveillance of all aspects of everyday life. […] Our task is to find a new heroic figure, which is neither the return of the old figure of religious or national sacrifice, nor the nihilistic figure of the last man.  Alain Badiou – “The Figure of the Soldier” (2011)

Over the past two years, Ploeger has engaged with the recent (re-)militarization of civilian spaces across Europe in the context of omnipresent digital culture. Heavily armed police officers and soldiers are conspicuously deployed on the streets of Western European metropoles, while a growing number of volunteer militias equipped with Soviet-era weapons are training for – and participating in – conventional war scenarios in Central Europe. Meanwhile, experiences of the public spaces in which these developments take place are highly determined by advanced (mobile) consumer technologies. Starting from his own ambiguous relationship to firearms, which is driven by a paradoxical combination of childhood fascinations and critical theory, Ploeger’s solo show frontlerlebnis examines the ways in which mobile phones, action cameras and other gadgets now co-exist with seemingly old-fashioned weapon technologies and their associated symbolic cults of masculinity, strength and heroism.

The four works of fronterlebnis process two journeys through Ukraine, during which Ploeger was embedded with soldiers on the frontline in the Donbass War, and explored shopping malls, weapon stores, monuments and flea markets. An old wooden handguard of a Kalashinkov assault rifle is displayed like an archaeological artefact, next to a rotating projection of a slick, digitized model of the weapon; mobile phone footage transferred to 16mm film shows Ploeger amidst soldiers who simultaneously operate their guns and electronic gadgets during a firefight; a manually patched Soviet backpack from the Afghanistan War-era is repurposed to carry a tablet computer. Meanwhile, the centre of the exhibition is formed by a large, brightly lit installation. In the middle of the sterile white space, a VR headset shows a group of soldiers who appear stuck in an endless smoking break, while an encounter with the disturbed gaze of the artist hints at an ominous situation.

Dani Ploeger combines performance, video, computer programming and electronics hacking to investigate and subvert the spectacles of techno-consumer culture. Re-purposing, misusing, and at times destroying everyday devices, his work exposes seemingly banal and taken-for-granted aspects of digital culture as objects of both physical beauty and political power.  Among others, he has worked with traditional metal workers in the old city of Cairo to encase tablet computers in plate steel, attended firearms training in Poland to shoot an iPad with an AK-47, made a VR installation while embedded with frontline troops in the Donbass War, and travelled to dump sites in Nigeria to collect electronic waste originating from Europe. 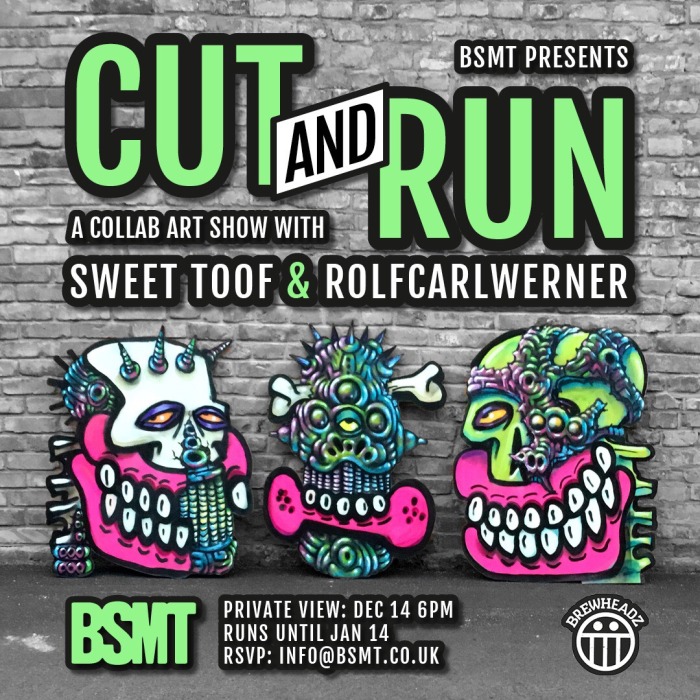 4: Sweet Toof and Rolfcarlwerner at BSMT Space – BSMT Space is closing off 2017 “with a one of a kind collab show combining the futuristic styles of Swedish writer Rolfcarlwerner with the iconic gums and teeth of Hackney’s finest graffoholic Sweet Toof. ‘CUT AND RUN’ will welcome Sweet Toof back to Hackney- one of it’s long-time and most recognisable Street Artists who’s work has remained consistently synonymous with the industrial yards and canal sides of the borough during the past 15 years. We’ll also be introducing London to old-school Swedish Graffiti writer and painter Rolfcarlwerner, a self-taught artist who has been painting since the 80’s and is widely known for his colourful, futuristic imagery” 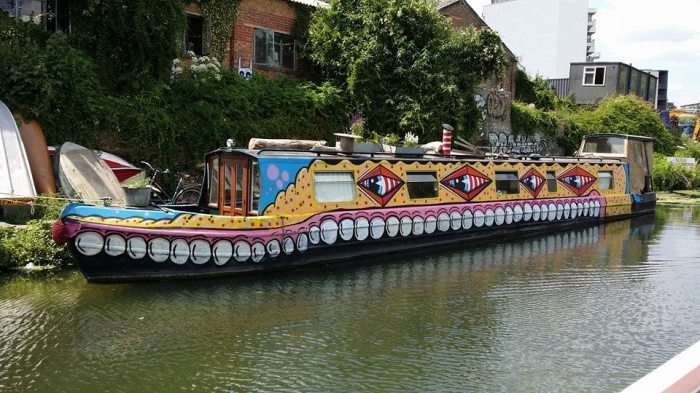 “BSMT SPACE Dalston will be transformed with life-size Skull Humanoids, cans and hi-rollers, as well as a multivariate of beautiful objects created by the artists individually. CUT AND RUN will open Dec 14th, 6pm and run until Dec 23rd 7pm. The gallery will reopen in the New Year on Jan 3rd with the show closing on Jan 14th. You’ll also be treated to the sheer pleasure of Brewheadz – Tottenham’s finest micro-brewery, who are sponsoring the opening night” Looks likea busy satart to the year down in the Basement, 18th January see the opening of Intent, a group show at BSMT Space  from Cultivat, more about that soon, for now, Cut and Run (nowhere to run, nowhere to hide..).  BSMT Space can be found at 5d Stoke Newington Rd, Dalston, London, N16 8BH.

Two 7s Clash is a immersive, multi-media exhibition, combining an installation, 2 and 3 dimensional works, films and a series of performances in sound. “Two 7s Clash will seek to provide insights into cultural ethos of 1977. Its themic foci are local, national and international. The show also seeks to explore the continued relevance of this mileiu for today. The whole is curated by Soft Wax and features Otherworld Arts, Fret, Alex Pemberton and Ahmad Dayes. The Preview, on the 14th, will be an integral part of the whole and will feature various musical luminaries. The show will feature an in house Soundsystem appropriate to the era and new sonic development. Two 7s Clash will partially focus on the broader experiences and privations of the local working class community. Those suffered by the sections of that community who were of immigrant origin is a particular source of inspiration. As are specific local events in 1977, notably the Battle of Lewisham. This cultural ethos generated music and agit. prop., that mirrored its broader socio-economic setting

The music also reflected what was happening nationally, with the mounting social conflict and austerity that gave birth to Thatcherism. This show also seeks to highlight the culture of resistance that grew up around a coalition of roots reggae and punk sub-cultures – exemplified in the Rock Against Racism movement. This sought to combat racism and amplify social justice. The show facilitates reflection on the connections and disjunctions between the social milieu of 1977 and now. The number 7 has multi-various significances for Rastafarians. The clashing of two 7s is held to have almost paramount significance in the apocalyptic predictions of Marcus Garvey. These reflections on end times are directly referenced in the classic album and single “Two 7s Clash” by the Rastafarian reggae group Culture. Further more Rastafarian orthodoxy holds that there are 77 commandments from Kush/Kemet in “The Book of Divine Ordinances” that provide “The Code of Human Behaviour”, etc. etc..

All of these resonances are explored in the installation. The material installation flows fairly seamlessly into the performative dimension. The Preview/Club Night that will take place in the installation on Thursday 14th December will directly echo the events staged by Rock Against Racism locally, in the late 70s. It is hoped that this will be an immersive, multi-faceted installation, that is an involving experience. People who were there back in the day and part of the events will be on hand instead of conventional invigilators. The key events, cultural life and fashions of these communities of resistance may be best recalled through the reminiscences of participants. We value your responses too and there will be scope to contribute and select your own tunes!”