Ten years of Cafe Oto? One of London’s finest venues with an always exciting programe of cutting-edge music as well as a decent bar and a place just to hang out and enjoy, they’re celebrating, and so they should….

“Hi there, Ten years ago today we hosted our first concert. At the time we had no idea how long we would be doing this or where it might lead. Thank you to all of you who have supported us over the past decade. It’s been an intense, exhausting and life changing experience. OTO is only here because so many people have contributed in different ways over the years. To mark the occasion we’ve just posted a free download of a set from Saya of Tenniscoats, recorded at that first concert we hosted here. Enjoy. Thank you all!” – Cafe OTO

The years? Actually it feels like Cafe Oto has always been there, and there’s been some great shows and events, far too many to mention, oh okay then, that final Upsilon Acrus show was rather special, the recent Petal Hammill shows, that brilliant Half The Sky show last year, it really doesn’t get much better than that one  No, we can’t start making lists… 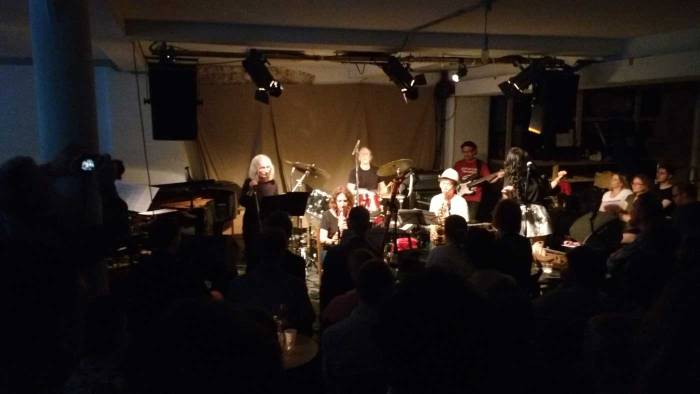 Here’s what they have to sat at Oto

“To celebrate being open for 10 years we thought we’d share the very first show we hosted as a download. John Chantler organised Saya’s first show outside of the UK and remembers it like this: Saya was in the UK for a short stint to work on the mix for the Pastels/Tenniscoats LP ‘Two Sunsets’ – travelling to Glasgow from Japan via London. I’d heard word of a new venue opening up in town with the Japanese name and got in touch to see if they’d be interested in having Saya play. Turned out they’d be (fingers crossed) open just in time, and as big fans of Tenniscoats would love to have play the venue’s first show.

The paint was still fresh on the walls. There was no proper mixing desk (I brought my own and got a bit heavy-handed with the echo). The PA was far from the best and the sound meter that they’d had to install wasn’t set up right. It tripped not once, but twice during ‘Baibaba Bimba’ (you’ll hear the silence as the power cuts out on the recording) – leaving Saya to switch from keyboard to guitar to finish it off.

Despite all that it was a magical early Sunday evening. Saya was nervous playing her first solo show outside Japan, but the attentive crowd of 70 odd stuck with her and sat in rapt attention. No one show is going to capture the essence of cafe OTO, but if they say you should start as you mean to go on and that’s what happened here. It’s nice to finally be able to share this little slice of the venue’s history. Enjoy” – John Chantler