Sometimes all you need is for something to (almost mindlessly) rock, something that just kicks it., The debut single from Lions of Dissent (on 42g, limited edition, classic black 7″ vinyl) is on the way, the link for more is at the end of the page, here’s the video, play it loud… .

Wolverhampton based “psych stalwarts” Lions of Dissent have a kaleidoscopic new video for ‘Honey From Hell’, “the thunderous fuzz-fueled statement of intent, with rip-roaring guitars and an impossibly infectious chorus hook”. The track is out on the bands own Lion Rebel Recordings and follows their support show with Californian garage-goth trio L.A. Witch.

‘Honey from Hell’ is out on limited edition 7” vinyl complemented by B-side ‘Don’t Let The Darkness In’, augmented by “the cosmic artwork of local graphic designer Sister Minor”. 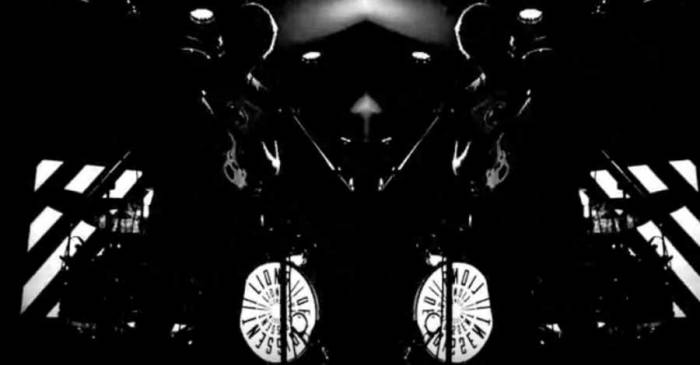 “From cryptic beginnings 3 years ago as a multimedia solo project, 2017 saw Lions of Dissent suddenly explode into a 3D technicolour reality – playing back to back sell out live shows, selling 400 tickets in the process and releasing their spaced out debut EP. The group has firmly established itself as an authentic and radical, music and art collective”.

“Since inception, the group’s self-produced music videos have received 1000s of plays on YouTube, along with worldwide press and radio coverage, including plays on BBC 6 Music and heavy rotation in both mainland Europe and South America. They have picked up plaudits from the likes of Simon Raymonde (Cocteau Twins, Bella Union Records), Anton Newcombe (Brian Jonestown Massacre), who used an image of the group in a BJM video, Tom Robinson (BBC Radio 6), Simone Marie Butler (Primal Scream) and the legendary Lee Scratch Perry who commented on the bands “far out celestial vibe”. It was quickly evident from day one that LOD would not be a traditional band, instead choosing to embrace a more collective and collaborative ethos. A sonic and visual space odyssey, orbiting its own sphere – self-producing every aspect of their creative output, from design and screen printing to curating their own photo-shoots and video content, but with a predominant focus on the most important part; the music”

We’ll brush passed the BJM mentions and pass you a link to Lions of Dissent, we still haven’t forgiven Anton for his unpleasantness back there….