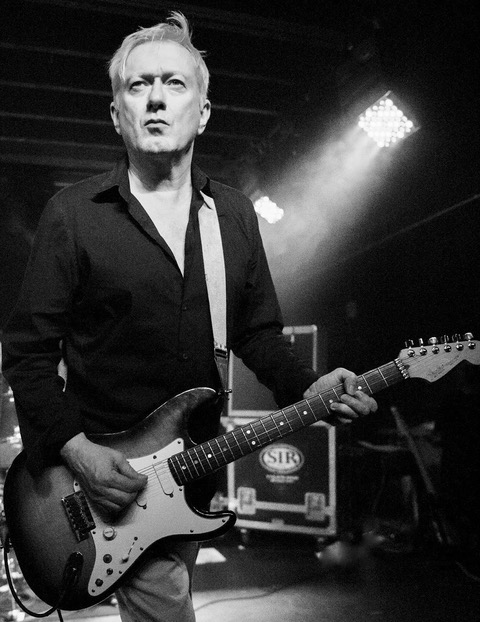 Sad news coming our way Andy Gill, he of the excellently jagged Gang of Four, died today, aged 64, in a central London hospital after a short illness. As well as that edgy post-punk sound and that pioneering feel, that beautifully sparse ground-breaking guitar sound that made Gang Of Four so good, Andy Gill was and a rather innovative and indeed respected producer. Gang of Four are of course considered one of the most influential British rock bands of all time, with that late 70’s sound you could argue defined a whole era of new music coming out of Britain in that time and exciting space just after the refreshing shock of punk. Over the years Gang Of Four have been cited as a major influence on bands like Nirvana, REM, Franz Ferdinand, Bloc Party, Liars and many more. indeed Gang of Four continued to evolve, innovate and remain relevant far more than most bands who come back for more, touring extensively and continuing to release new music, with latest album “Happy Now” out in 2019, and a new studio album just finished.

A statement on the Gang of Four Facebook page reads

“This is so hard for us to write, but our great friend and Supreme Leader has died today. Andy’s final tour in November was the only way he was ever really going to bow out; with a Stratocaster around his neck, screaming with feedback and deafening the front row. His uncompromising artistic vision and commitment to the cause meant that he was still listening to mixes for the upcoming record, whilst planning the next tour from his hospital bed. But to us, he was our friend – and we’ll remember him for his kindness and generosity, his fearsome intelligence, bad jokes, mad stories and endless cups of Darjeeling tea. He just so happened to be a bit of a genius too. One of the best to ever do it, his influence on guitar music and the creative process was inspiring for us, as well as everyone who worked alongside him and listened to his music. And his albums and production work speak for themselves. Go give ‘em a spin for him… Love you mate, John, Thomas and Tobias GANG OF FOUR”