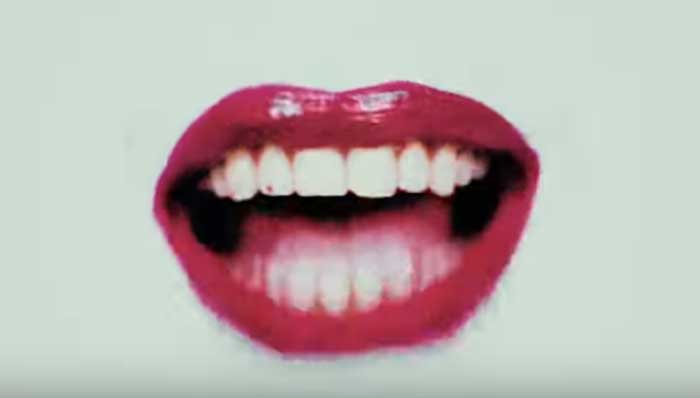 Five more musical things, a gathering together of five more things of a musical nature that have landed in our overcrowded in-box in the last few days – here they, along with those all important links and those Bandcamp things and well, do what you will with them all, go explore, go share, go “like” or whatever it is that you like to do these days, feed your heads, feed your local goldfinch, feed your Organs so we ca nfeed our local goldfinch gang, music then, five slices of music, one day you’ll thank us for all this… The images on this page, besides the mouth up there, are piece of art from the recent (And with good) Reason show, view the whole thing and two humdred piece s of art from thirty-nine artists, view the show and run the slide show here

1: Math The Band – Our friends from Providence Rhode Island have something new, we have mentioned them a few times on these fractured pages, indeed we mentioned them yesterday ot maybe the day before…

“Math the Band (the Band) make glitched-out, chaotic, celebration pop for the constantly anxious. Located in providence rhode island, Math the band have been part of the D.I.Y scene for nearly twenty years, touring around the world and releasing 20+ albums”

2:  Sensor/Spook have a rather fine album called Collapse & Rise At The Air Mass, it kind of drones in and takes you slowly with it, it “might just leave a long-lasting imprint on the hereby revered medium and, beyond, the vibratory forces which emanate from there might continue to stimulate the ear for some time after playback, the sound exposure would likely persist in echo hence the noise footprint etched in the mind”, it kind of sounds like some kind of sonic attack – do not panic, Collapse & Rise At The Air Mass is “an improvised exploration in two parts offering mixed techniques of tape music, concrete music and spacey electronic music. Combining various sound sources : electronic devices such as the prototypal stylophone, and a frequency generator with microphones picking up concrete sounds in direct, vocalisings, spoken words and noises produced by GR and his environment, coupled with reel-to-reel tape manipulations & looping processed to generate natural delay, harmonizer sound effects, textured elements, bits & patterns shaped into specific forms of rhythms, signal feedback via routing and minimal control circuitry”, Concrete Music, I kind of like that, do no panic, use only metal limbs, available as a download of as a limited edition release of one hundred cassette tapes, more via the Bandcamp page or from opaqumedynamo.com . 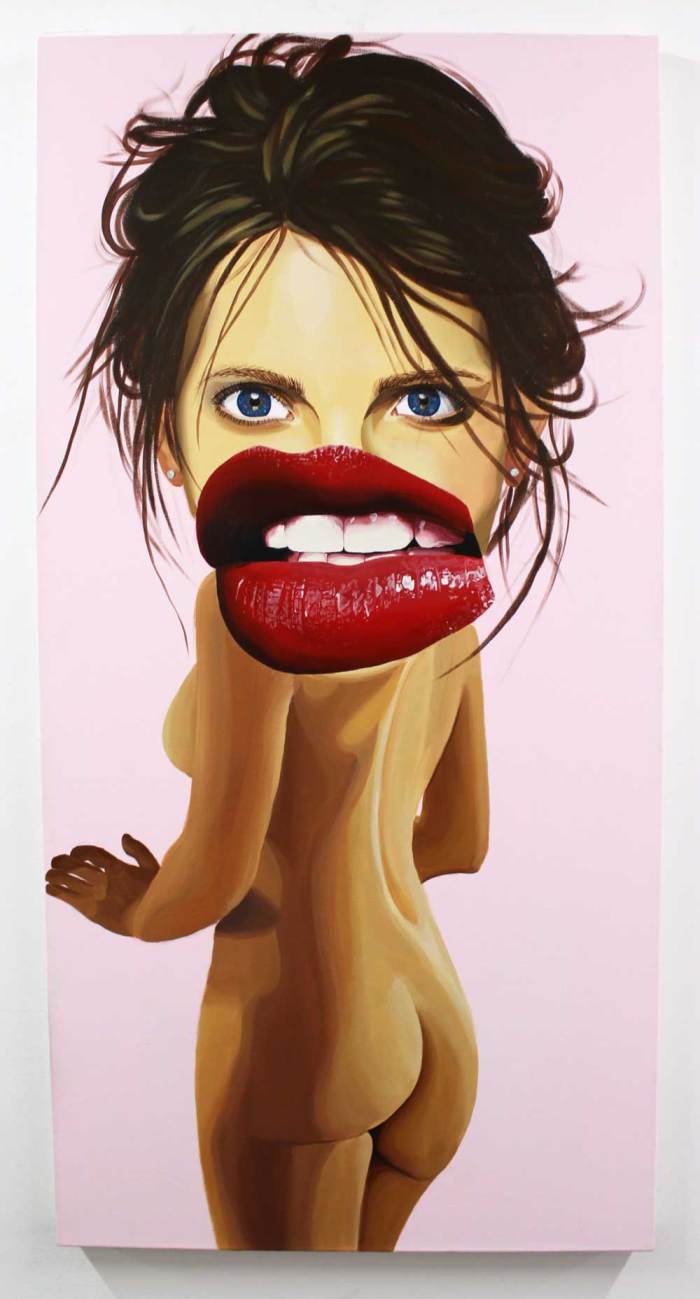 “TAWSE is a collaboration between vocalist Maxi Wild and producer/composer Jonathan Snipes, started in 2015 (yes, around the same time Maxi was featured on the clipping song “Hot Fuck No Love”). The project takes the all-too-common cliché of the “male producer paired with submissive, demure female vocalist” act, and flips it on its head, instead allowing a dominant aggressive female voice to assert control and kick the beats in the proverbial balls. It felt natural for a project like this to exist, and Maxi and Jonathan were both shocked that they couldn’t really find anything that felt like a true femdom noise/industrial act. So they made it themselves. The most recent of these songs is from 2018, so they figured it was about time to finally release this music and see if felt in any way important or relevant to anyone. They are still friends and they still like these songs, so if there’s any interest maybe they’ll make some more some day?”

4:  Jacknife Lee – Blah blah blah, new Jacknife Lee, Jacknife Lee has just shares a video for a new single, The Studio ft Bibi Bourelly & Barny Fletcher. The new album featuring Genesis Owusu, Earl St Clair, Beth Ditto, Sneaks, Haviah Mighty, Petite Noir, Muthoni Drummer Queen, Bibi Bourelly, Barny Fletcher, Aloe Blacc and Open Mike Eagle. Watch the video here or wherever you go to watch videos The album “The Jacknife Lee” is to be released on July 17th via Slow Kids Records, consider this another slice of public service from you ever caring Organ, this thankless task is brought to you as always with out the aid of a safety net, the hype from the wreckord label is down there under the video, we kind of like it, well of course we do or it wouldn’t be one of the five recommended pieces of music today, today being thankless Friday and the sky outside not knowing if it wants ot be blue or not…

“Producer Jacknife Lee is today sharing a brand-new single from his latest album project. “The Studio”, featuring the vocals of Def Jam singer Bibi Bourelly and singer & rapper Barny Fletcher, is the latest single to emerge from new LP “The Jacknife Lee”, due July 17. “The Studio” follows recent singles “I’m Getting Tired (feat. Earl St. Clair and Beth Ditto)” and “Made It Weird (feat. Open Mike Eagle) and is a track routed in theme of following your own path.

Bibi Bourelly comments: “I wrote this song about a time in my life where I felt that everyone doubted and judged me for wanting to be myself. I guess this was just my response to anyone who tried to put me in a box or wanted me to reflect what they wanted to see instead of accepting me as I was. I was never stupid – I was just different. Too different to do things traditionally. I wanted to pave my own way and so I did that.”

Barny adds: “I started working with Jacknife back in 2018, at his home studio in Topanga. I call it the spaceship. It’s mad. Jacknife emailed me a version of ‘Studio’ with just Bibi on it asking if I wanted to hop on it. Working with Jacknife is always a pleasure so I was excited to jump on this track.”

Jacknife Lee continues: “Bibi came to the studio for a few hours one day and we did two songs The Studio and That’s What All Boys Do. She’s fantastic, really intuitive, sharp and speedy. I had some of the beat and groove and we talked about her journey to the States and this song pretty much summed up the conversation. I felt it needed another vocal flavor and met Barny Fletcher, the dynamo. From the moment we met he never stopped singing and rapping and I put this in front of him”. Jacknife Lee

5: A.Swayze & the Ghosts – Have announced a debut album, kind of like this first taste, kind of like the video, love the video actually, they’re from Tasmania, we’ve covered something like 43 thousand bands over the fractured life of Organ now, is this a the first time we’ve covered a band from Tasmania? Like that new wave punch, the positive base line, do like a good bass line, watch the video for ‘Cancer’ below.

“Ivy League Records (Rolling Blackouts Coastal Fever, The Teskey Brothers, Hatchie) are thrilled to announce that Tasmania’s A. Swayze & the Ghosts will release their debut album, Paid Salvation, on Friday 18 September. At a time when some young bands seem more concerned with social media followers than having something to say, Paid Salvation is a refreshingly real breath of fresh air, one that restores your faith in the incendiary, uplifting and subversive power of punk rock.

To celebrate the announce, the band have released the addictive, synth-punk flavoured single ‘Cancer’ along with the video, directed by and featuring the band’s notably charismatic and enigmatic lead singer, Andrew Swayze, who says; “I love this track’s elements of early house music in its Oberheim DMX drum machine, repetitive bass-line and guitar silence in sections.” On the video, he continues: “The images came to me in a dream. As soon as I woke I briefed Olivia and we took it from there. We were locked up at home so had been forced to make it entirely on our own from inside a little makeshift cupboard come production office we’d created. Clown paint doesn’t dry which is surprising.”

On the band’s blistering debut record Paid Salvation – recorded in Melbourne with producer Dean Tuza (These New South Whales, Stella Donnelly) – Swayze pulls no punches, using the group’s urgent and tightly wound music as a backdrop against which he can purge himself of the myriad frustrations he has with the world around him. Taking aim at social media (“Connect to Consume”), ecocide (“Beaches”), tall poppy syndrome (“Rich”), mob-rule and herd mentality (“Marigold”), it seems little escapes his ire, even God and the Bible get a good lashing. It’s safe to say we’re not in standard garage punk territory.

On first listen, it would be easy to take the album on face value, enjoying it purely for its many musical pleasures: energetic guitar interplay, pummeling rhythms, basslines that groove and an infectious shout-along melodic sensibility that runs throughout. But that’s the real power of Paid Salvation. While it’s a hell of a lot of fun, it’s also deadly serious.

“It really shits me off when bands have this pedestal and they have the ability to influence so much around them and they waste it by singing about stupid shit. If you’re given this audience, I think you have to have something to say. And I definitely intend on abusing that right.” Swayze says “I want people to go, ‘I love that song it makes me dance but I also appreciate the honesty. I want the melodies and the instrumentals to be accessible for people from all sorts of backgrounds, but I also want everyone to fucking listen to what I’m saying as well. And I especially want young men to hear songs like ‘Suddenly’ and ‘It’s Not Alright’ and think about what they’re saying rather than just listening to them and going, ‘Yeah I’m all jacked up on this rock song!’ he laughs. With AS&TG, the music is the sugar that makes the medicine easier to swallow”.

Pre-order Salvation here, not that we’re here to do the marketing for bands and labels mind, some labels and PR people seeme to think we are…

There you go, now where were we? A million bands pecking at us, and hang on, one more……

6: Cinétiqua are from France, their first EP come out earlier this year, they’re worknig on a secon d on now, you could call it Jazz Fusion, I hate that term, gives me flashbacks to the time I got trapped in a Weather Reort gig, rather like this though…

And while we’re here and with good reason, (And with good) Reason – An art show curated by Cultivate Gallery and hosted here on the Organ pages, June 2020 – A nineth cultivated on-line art show, 39 artists, 200 plus pieces, art gathered with good reason, art from all over the world, view the show and run the slide show here. The images on this page, besides the mouth up there, are piece of art from theshow 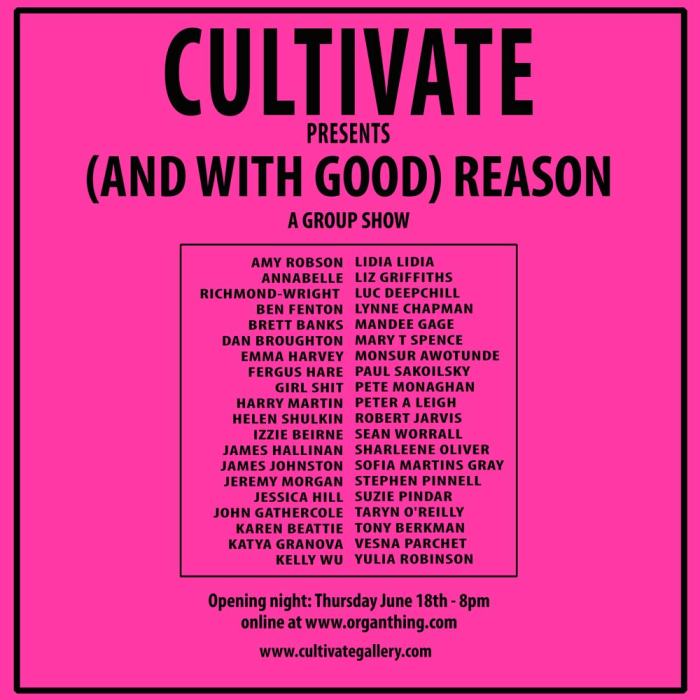