If we were to have one of those round ups of things from 2017 then we’d probably tell you the page that was viewed more than any other on those Organ pages during the last year was the review of This is No This Heat’s wonderful gig at the Barbican back in March, here’s the link  –  ORGAN THING: This Heat or not, that was magical. This Is Not This Heat sounding very big at the Barbican…  And we see that the band that is This Is Not This Heat, are returning the rather intimate Cafe Oto in a couple of weeks 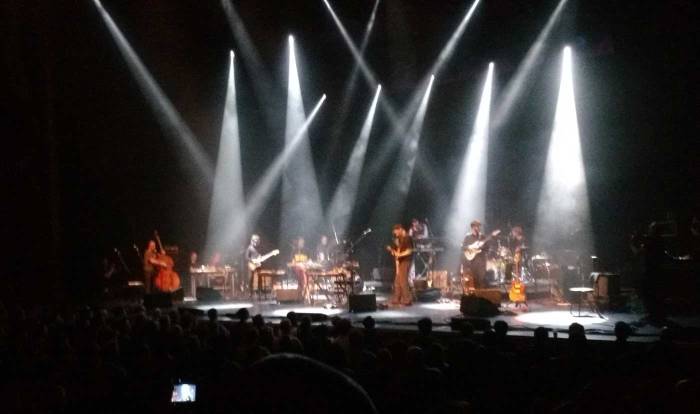 Resonance 104.4fm in association with I-D.A Projects presents: THIS IS NOT THIS HEAT at Cafe Oto on February 10th

“Within their two albums and one EP This Heat perfected a strange and volatile new strain of avant-garde rock that time has proved to be massively influential, a blueprint for much that would follow: post-rock, math rock, homemade musique concrète, experimental electronica. Although widely considered to be Post-Punk’s finest, they actually began performing their music in the early days of London’s punk era. Ahead of their time, their music sounds as startlingly original and relevant, live and on record, as the day it was created. Exactly 40 years to the day of their first gig in 1976 the two surviving members (Charles Bullen and Charles Hayward) of the original trio came together with a large group of collaborators to play under the project title of THIS IS NOT THIS HEAT. Selling out a two day residency at Café Oto in a matter of hours, the consensus was unanimous that all present had been witness to something of cultural significance. Flooded with invitations from around the world, 2017 saw THIS IS NOT THIS HEAT take to the road. Today they return to Cafe Oto for a benefit for Resonance FM, presented in association with I-D.A Projects”.

“It does feel like we’ve been witness to something special. A fine body of work has been brought to life with energy and vitality that seems improbable nearly 40 years after the fact.” The Wire